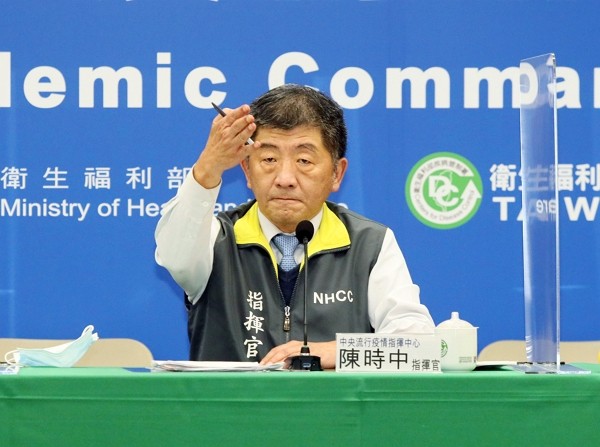 Chen's article, “Building a resilient and inclusive global health system together—Taiwan can help,” was published on Monday (May 3). He said the nation's healthcare system, rigorous testing, and transparent approach to communicating were behind the success of the Taiwan model.

The CECC head said the COVID-19 crisis once again confirms why Taiwan should not be left out of the international health network. We are an indispensable part of the global surveillance and alert system for emerging infectious diseases, and the Taiwan model can continue to curb the spread of the pandemic, CNA cited him as saying.

Chen said the threat of new diseases has never waned. He urged the WHO and other international organizations to support the inclusion of Taiwan in global meetings, pointing out that health is a basic human right in the WHO constitution and part of the U.N.’s sustainable development goals (SDGs).

He added that between the initial COVID-19 outbreak in China's Wuhan, in December 2019 and March 2021, there have been more than 126 million confirmed cases and 2.7 million deaths worldwide. This has had a huge impact on global health, the economy, and society.

Chen said it was originally predicted that Taiwan would be one of the most severely affected countries because it is so close to China. However, because of its experience in combating severe acute respiratory syndrome (SARS) in 2003, it took early reports of the disease very seriously, he said.

The CECC added that since the beginning of the pandemic, Taiwan has kept track of coronavirus developments and continues to implement public health measures to prevent the disease from spreading.

Taiwan currently has 1,137 confirmed cases (including 12 deaths). With such a relatively low number of cases, people were able to maintain relatively normal lives. He also lauded the country’s record of no local cases for 253 consecutive days from April to December 2020.

Chen highlighted the fact that Taiwan’s early and effective public health control measures have allowed it to avoid major economic fallout from COVID-19. Taiwan's GDP growth in 2020 was about 3.11 percent, while the rest of the world suffered from an economic recession.

The CECC head concluded by saying that as a responsible member of the international community, Taiwan will do its best to cooperate with the WHO and global health leaders. He added the nation will also monitor health inequality and advocate universal access to high-quality medical and health services.