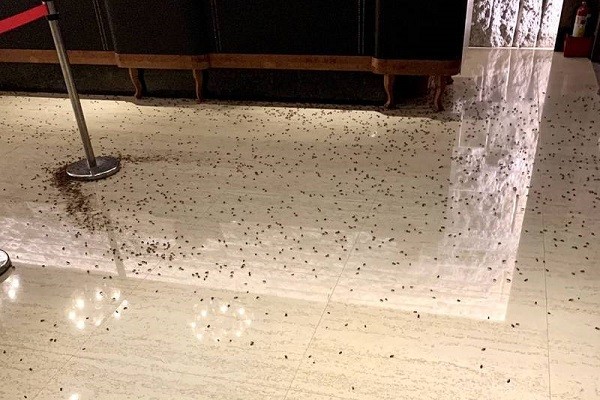 TAIPEI (Taiwan News) — Two men dressed in black tossed bags filled with more than 1,000 cockroaches at a banquet attended by Taipei and New Taipei police commissioners on Monday evening (May 3).

At around 7:24 p.m., two men dressed in black dumped the bags of cockroaches at the reception desk on the second floor of the establishment, before fleeing the scene, reported CNA. Based on the team's preliminary findings, five suspects have been identified — four men and one woman — and they have all been taken into custody. Based in Taipei's Beitou District the individuals are believed to have been involved in a financial dispute with the venue's owner.

During a press conference on Tuesday (May 4), Chen said that throwing bags of cockroaches, like splashing paint and feces, is a violent act and should be severely punished. He said police have determined the identities of the suspects and they would be dealt with in accordance with the law.

When asked by reporters to comment on a rumor that the roaches used in the incident were Turkestan cockroaches, purchased at a Taipei store selling aquarium supplies, Chen said the roaches were indeed small and likely the kind used for feeding fish. He said such roaches can be purchased at fish stores and on the internet. Chen said that when the incident occurred, he noticed that banquet hall employees were dealing with some sort of situation and roaches started to appear in the dining area. He said he decided to set up a task force on the spot.

Chen, who is set to retire in July, said the task force members stayed up all night to conduct an investigation. He said that he reported the matter to Taipei Mayor Ko Wen-je (柯文哲) who expressed his hope the perpetrators would be quickly apprehended. 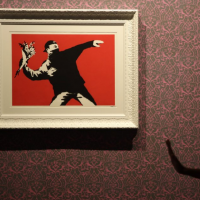