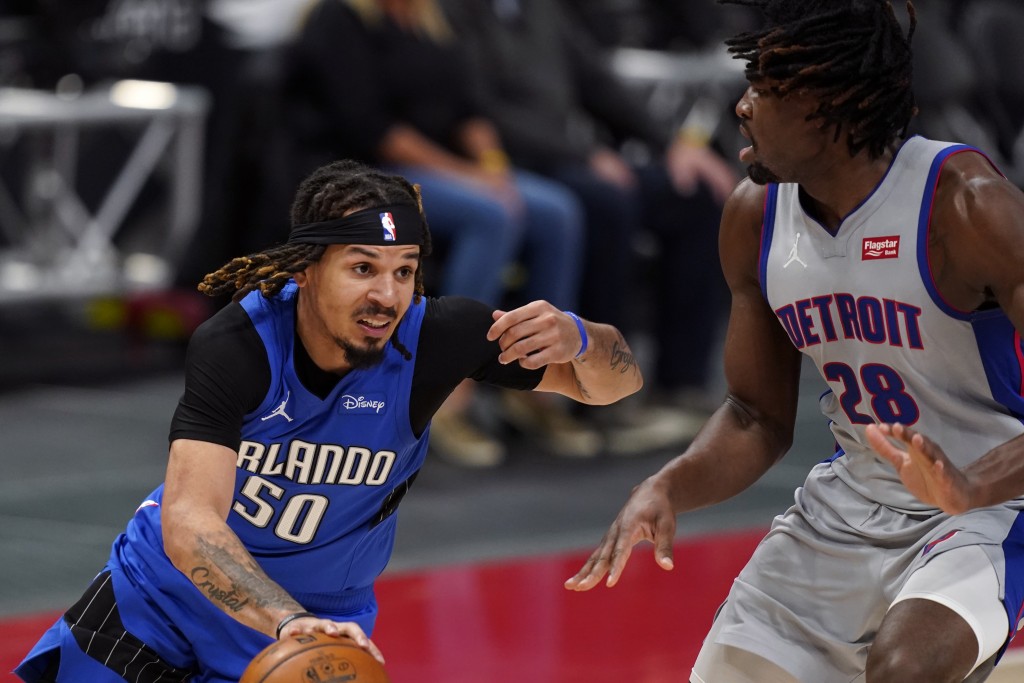 DETROIT (AP) — Mo Bamba had 22 points and 15 rebounds — both career highs — and the Orlando Magic beat the Detroit Pistons 119-112 on Monday night.

Saddiq Bey led Detroit with 26 points in a game that had little at stake — with the possible exception of lottery positioning. The Pistons (19-46) have the second-worst record in the NBA. Orlando (21-44) is now even with Oklahoma City for the fourth-worst mark. Idle Minnesota (20-45) is in between.

The Magic were also without coach Steve Clifford, who missed a sixth straight game. The team did announce before the game that Clifford has cleared the league's health and safety protocols for COVID-19 and will return to the bench Wednesday night against Boston.

Clifford tested positive for the virus last month while in between two vaccination shots.

The Magic led 51-48 at halftime and then shot 13 of 18 from the field in the third. Orlando led 88-78 heading into the fourth. Detroit was within three late, but Iggy Brazdeikis made a 3-pointer from the right corner to make it 112-106.

Magic: Host Boston on Wednesday night. Orlando is 0-2 against the Celtics this season.

Pistons: Host Charlotte on Tuesday night. Detroit is 0-2 against the Hornets this season.