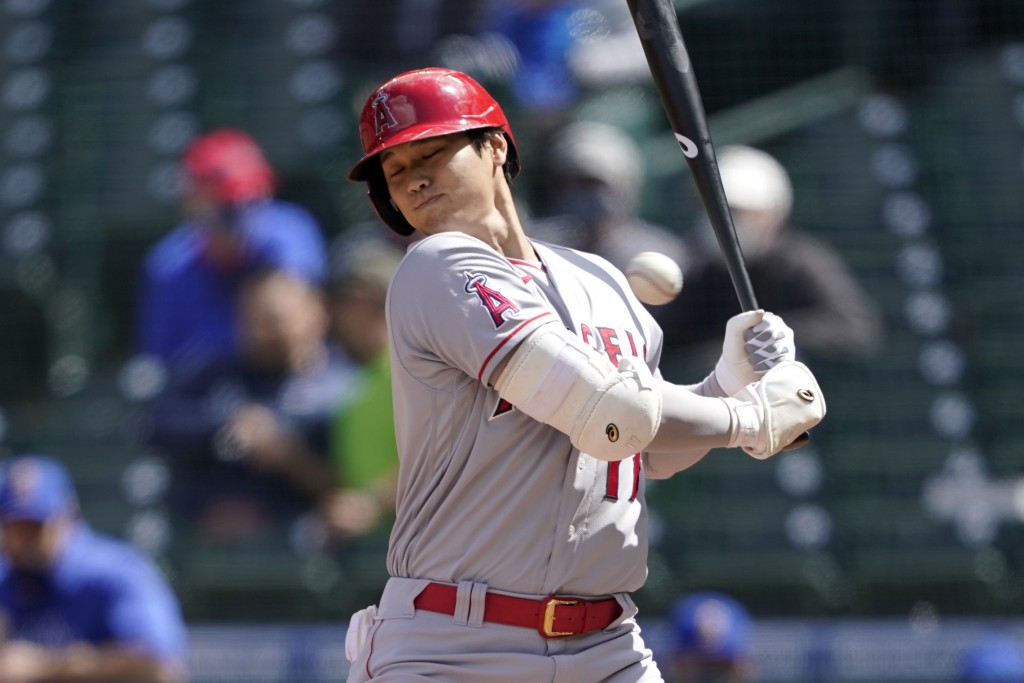 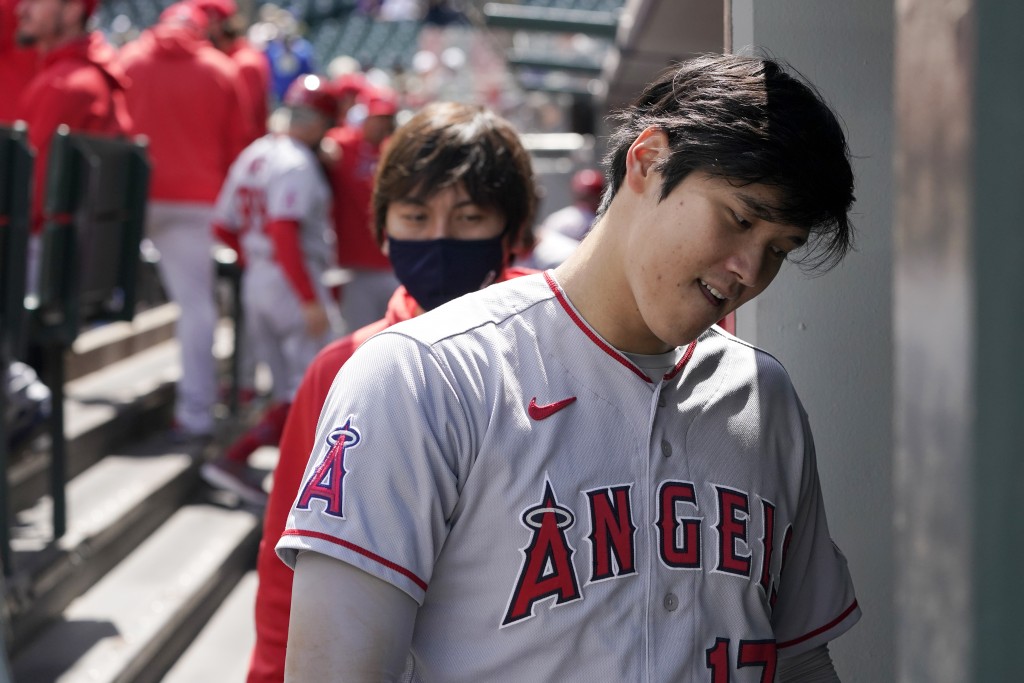 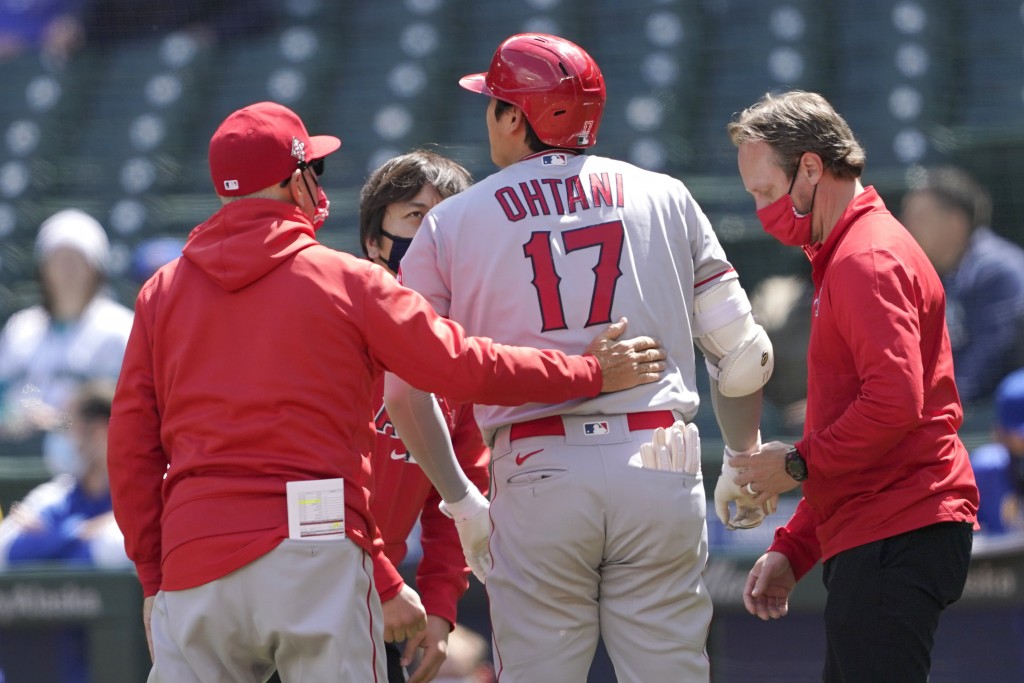 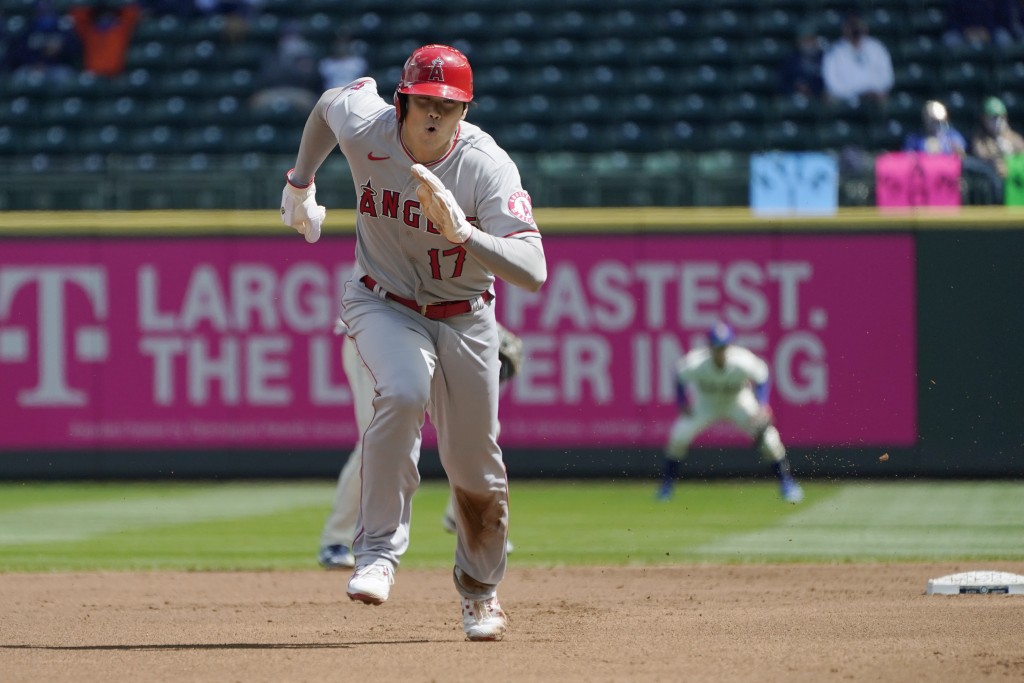 ANAHEIM, Calif. (AP) — Shohei Ohtani was scratched from his scheduled start on the mound for the Los Angeles Angels on Monday night.

Left-hander José Quintana will move up from his scheduled Tuesday start to face the defending AL champion Tampa Bay Rays in the opener of a four-game series at Angel Stadium.

The Angels didn't announce why Ohtani had been scratched, but the two-way star was hit on his elbow Sunday by a 93 mph fastball from Seattle's Justus Sheffield in the first inning of Los Angeles' 2-0 road loss to the Mariners.

The pitch hit Ohtani on his elbow pad, and he stayed in the game as a baserunner and the Halos' designated hitter. He even stole second and third immediately after getting hit by the pitch.

But manager Joe Maddon said Ohtani was “sore” after the game, and the Angels did further evaluation Monday before scratching Ohtani from Monday's start.

Ohtani is 1-0 with a 3.29 ERA in three starts for the Angels, striking out 23 but walking 13. He missed a start in April due to a blister on his finger.

At the plate, Ohtani is batting .263 with eight homers, 20 RBIs and a career-best .606 slugging percentage. He leads the Angels and is tied for second in the AL with those eight homers, while his 20 RBIs are second-most for the Angels behind Jared Walsh's 21.

In 2018 and again last season, the Angels gave Ohtani a day off to before his mound starts, resting his arm instead of keeping him in the lineup as a designated hitter. Maddon and Ohtani have changed that strategy this season, with Ohtani playing in all of the Angels' first 26 games and even hitting for himself during two mound starts.

Quintana is pitching on five days' rest, thanks to the Angels' six-man rotation.

Los Angeles has lost seven of 11 to fall to 13-13 after a solid start to the season.