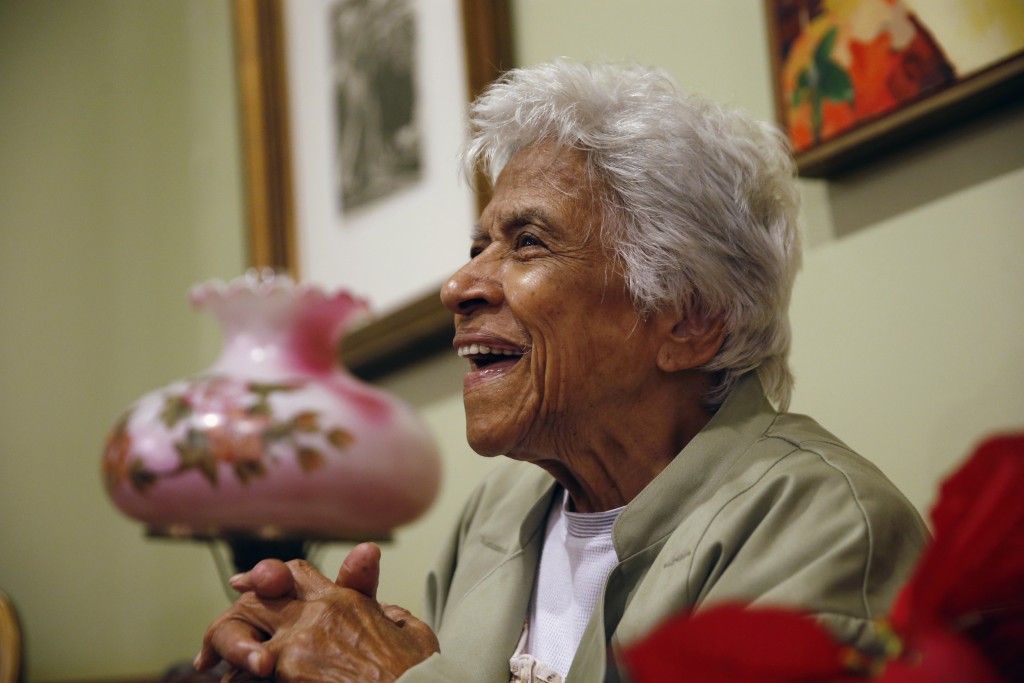 NEW ORLEANS (AP) — The New Orleans restaurant, Dooky Chase's, that served for years as a safe meeting space for civil rights activists to strategize over bowls of Creole gumbo, is the site of the first marker to go up on the Louisiana Civil Rights Trail.

A 6-foot-high steel silhouette of a figure carrying a protest sign was unveiled Monday outside the restaurant. Eventually, more than a dozen others will join it along the trail.

The markers are being installed by the Louisiana Office of Tourism to symbolize the struggle for equal rights by Black Louisianans.

When Leah Chase married Dooky Chase in 1946, the restaurant was five years old, and more of a sandwich shop. Over time, she transformed it into a white-tablecloth establishment where she would serve Black and white patrons — despite laws that prohibited such interracial mixing.

It became a meeting place for activists, particularly those involved in civil rights struggles, to gather and decide on strategy. Labor leaders met there during the Godchaux Sugar Refinary strike in 1955, and activists such as Jerome Smith, Rudy Lombard and Oretha Castle Haley met there as well. The upstairs dining room was where the Rev. Martin Luther King Jr. and local leaders held strategy sessions.

Leah Chase died in 2019 but her family still owns and operates the restaurant, whose walls are graced by an extensive collection of works by African American artists.

Other markers will be installed at the Little Union Baptist Church in Shreveport, one of the last places where King preached before his assassination in 1968; and the old state capitol building in Baton Rouge, where more than 14,000 Black people refused to ride in the back rows of buses, providing a blueprint King used two years later for the landmark bus boycott in Montgomery, Alabama in 1955.

The sites were selected by an Office of Tourism committee, including representatives of Southern and Grambling universities, from a pool of potential sites nominated by the public.

The project will eventually include 15 locations across the state.