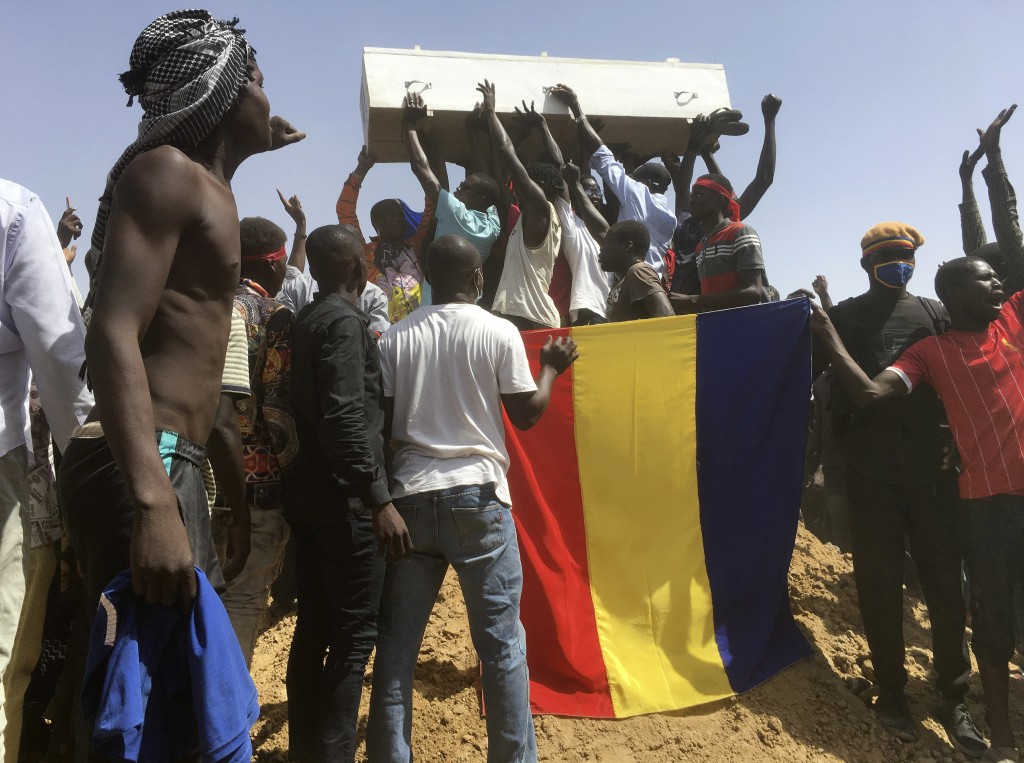 N'DJAMENA, Chad (AP) — Chad's transitional military council pressed ahead Monday with solidifying its hold on power after announcing a new government over the weekend that kept key ministries in the hands of allies.

Mahamat Idriss Deby, 37, was put in charge of the central African country earlier this month after the military announced that his father, Idriss Deby Itno, had been killed by rebels on the battlefield after more than three decades in power.

Political opponents immediately decried the army's move as a coup d'etat, taking to the streets in protest.

Security forces violently put down one demonstration in the capital last week, fatally shooting at least six protesters, according to witnesses. Hundreds of others were detained by police.

Under the posts announced late Sunday, Chad's new justice minister, who is now tasked with overseeing the cases of those protesters, comes from an opposition party. And for the first time, a minister of “reconciliation and dialogue" has been named.

However, the newly named ministers of national defense and public security are both supporters of the military transitional council that took power following the longtime president's death.

The Transformers party, which has been at the forefront of the recent anti-government demonstrations, however, was not included in the new government lineup.

The prime minister’s post already was handed to Albert Pahimi Padacke, an opposition politician who had placed second in last month’s election held just before the president was killed.

The military has said that Idriss Deby Itno was mortally wounded while visiting troops on the front line who were facing an armed rebel group that sought to attack the capital, N'Djamena, and overthrow the government. Clashes continued last week 300 kilometers (186 miles) north but no new statements have been made by either side for days now.