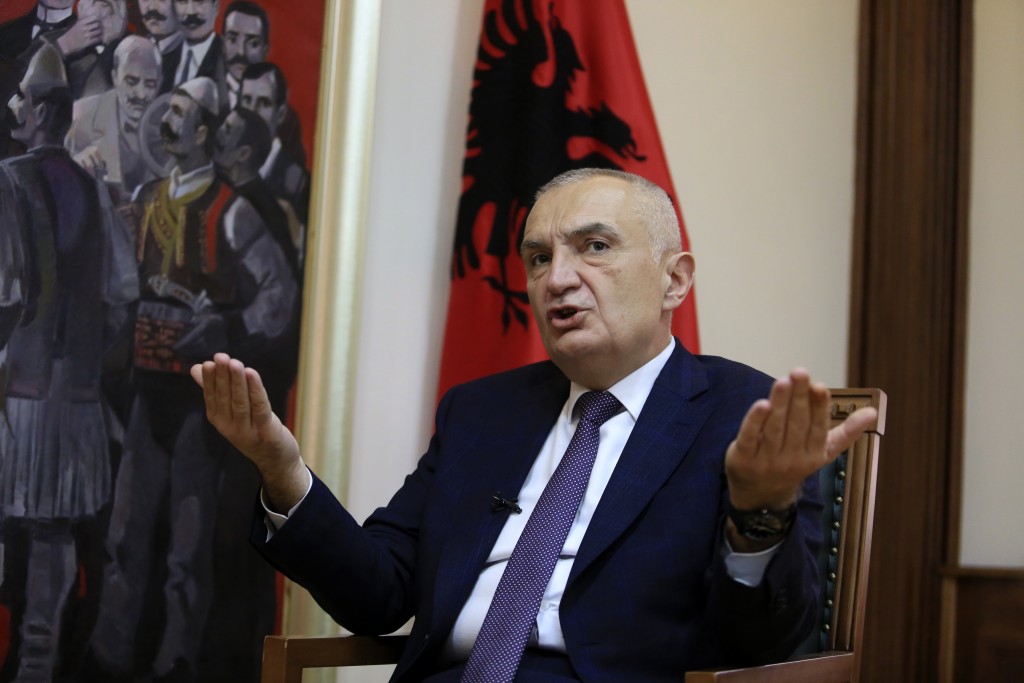 TIRANA, Albania (AP) — Albania’s governing left-wing Socialist Party legislators have started the impeachment process against the country’s president who they accuse of violating the constitution during the last election, their parliamentary group leader said Monday.

Taulant Balla said that 50 Socialist lawmakers have asked parliament to launch an investigation after determining that President Ilir Meta “before and during the electoral campaign committed actions which run counter to the country’s constitution.”

During the April 25 electoral campaign, Meta accused the left-wing government of Prime Minister Edi Rama of running a “kleptocratic regime” and bungling its pandemic response. Meta accused Rama of concentrating all legislative, administrative and judiciary powers in his hands.

The Socialists achieved a landslide victory in the vote, securing 74 seats in the 140-seat parliament which are enough to let them form a Cabinet on their own.

Balla said that the existing parliament has enough time until Sept. 9, when its mandate is over, “to institutionalize forming of an investigative commission and end (the impeachment process) within its mandate.”

But it wasn't clear whether the Socialists would be able to secure a two-thirds majority for an impeachment request to pass. After parliament's vote, the final verdict comes from the Constitutional Court.

Meta’s press office didn't respond immediately to a request for comment on the Socialists’ impeachment request on him.

Meta’s post is largely ceremonial, with some powers over matters concerning the judiciary and the armed forces. His role is also generally understood to be apolitical and the president is meant to be a symbol of the country’s unity. But he has often clashed with Rama’s government.

Meta started his political career with the Socialist Party, but later left it to form the smaller left-wing Socialist Movement for Integration, or LSI. In 2017, when he was elected president for a five-year term, he left the LSI leadership to his wife.

Meta has said he will retake the LSI’s membership next year when his presidential term is over.