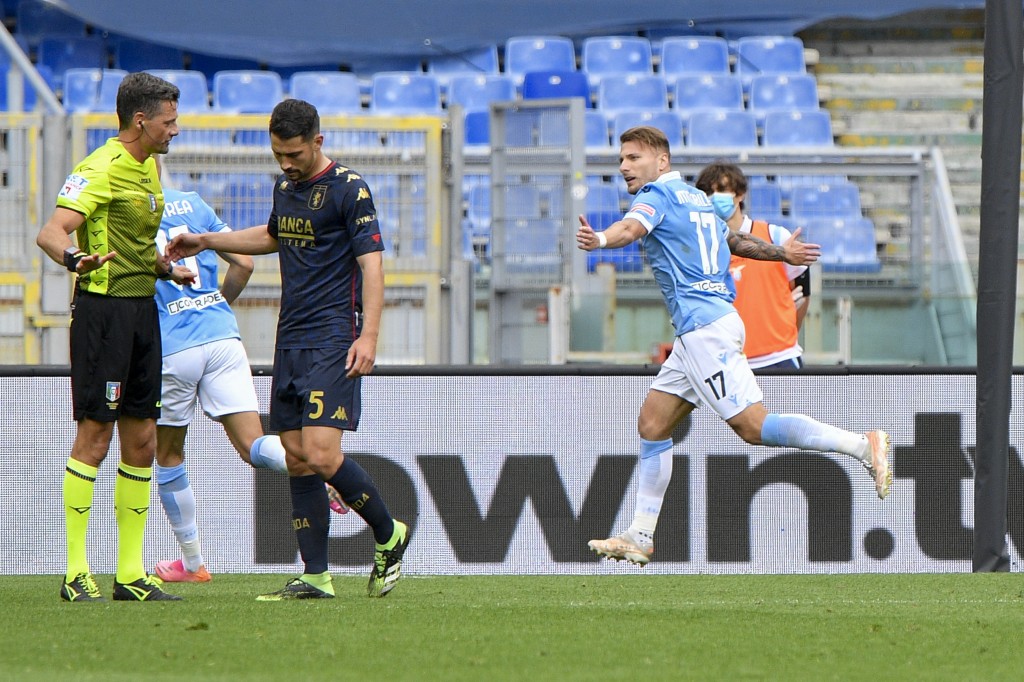 MILAN (AP) — Most of the Italy team received its first dose of the COVID-19 vaccine on Monday in preparation for the European Championship, risking a public backlash.

Italy is lagging behind schedule in terms of vaccinating the general population. Just under 20.9 million people have received at least one dose while only 6.3 million are fully vaccinated.

Authorities assured Italians that vaccines would be given out strictly by age group, starting with the elderly.

After being given the go-ahead by the Italian government, 28 players were given their first doses at two hospitals in Rome and Milan.

“I thank all the staff for their hospitality and their welcome,” Lazio and Italy forward Ciro Immobile said as he left the Spallanzani hospital in Rome. “We are happy and proud to have done this, getting yourself vaccinated is important, and we hope this moment will come soon for everyone.”

Italian media reported the players were all given the Moderna vaccine.

Those at foreign clubs were not included, nor were Roma players ahead of their Europa League semifinal against Manchester United on Thursday.

Italy coach Roberto Mancini prepared an extended list so that all potential squad members will be fully vaccinated by the time the pandemic-delayed Euro 2020 kicks off on June 11. Italy will play Turkey in Rome in the opening match.