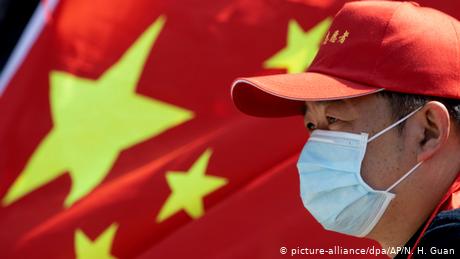 Last year, while the Chinese government tried to contain the coronavirus outbreak in the original epicenter of Wuhan, four citizen journalists were arrested for trying to share information about the situation on the ground with the outside world. A year after their arrests, they are still not free.

Last month, the US State Department highlighted their cases in its annual human rights report.

So far, only Li Zehua has appeared in a video uploaded to his YouTube channel, last April.

The other three haven't been seen by the public.

Among them, Zhang Zhan is the only one who has been formally sentenced to four years in jail. The verdict was delivered in December 2020. Since then, she has reportedly been transferred to the Shanghai Women's Prison.

Authorities have so far not allowed her mother to visit her.

"After being informed that Zhang was transferred to prison, her mom tried to apply for visitation at the prison, but she was told that she had to make an appointment through a phone call," a source, who asked not to be named due to security concerns, told DW.

"When she called the number on the official document, she couldn't reach the staff at the prison, and when she finally got in touch with them, they told her she could only send money but not clothes to the prison for Zhang."

The government has not only thwarted Zhang's mother's attempts to meet her in prison, but it has also deprived Zhang of her right to write letters to her family, according to the source.

When her lawyer visited her the last time, he found that Zhang was on a hunger strike in prison.

Zhang would, the source said, only meet her body's most basic needs by eating some fruit, solid food or drinking water. However, she remained strong-willed.

"After receiving some postcards written by her supporters, Zhang told her lawyer that if she could make it out of the prison alive, she wanted to go to Wuhan again and relive some of the experiences with her friends," said the source.

"Her lawyer shared some details about his last visit on WeChat, but the article was immediately blocked."

The source pointed out that Zhang's mother will need to put in a lot of effort to try to restore her right to visit her and her right to communicate with Zhang through letters.

"Even if she tries to fight for those rights through a lawyer, it is hard to predict how the court might rule in this case," said the source. "It's even hard to predict whether her lawyer would be allowed to visit her in the prison next time."

Another citizen journalist, Chen Qiushi, has been out of public sight since he was arrested by police in Wuhan last February.

While Chinese YouTuber Xu Xiaodong revealed in a video that Chen had been sent back to his parents' house in Qingdao last September, the state of his physical and mental health remains unclear.

On March 29, Xu said in another YouTube video that Chen's mental health improved after being taken care of by his parents and he looks very healthy.

"I think Qiushi could possibly re-appear in the public's view by September or October, and he will maintain his long-term style, which is not forming any ties with international organizations or having any contact with them," Xu said in the video. "He is patriotic and everything he does is for the country and the people of this country."

Compared to Chen, the outside world hasn't had much information about the other citizen journalist Fang Bin. Chinese human rights lawyer Li Dawei told DW that Fang's family hasn't been willing to share information about his case with Fang's friends or anyone who wants to learn more about the details.

"Some of his friends visited Fang's sister, but she wasn't willing to share anything," said Li. "She even turned his friends away. I don't think any lawyer has taken up his case since his arrest last year."

Li worries that Fang's stubborn character may prolong his detention. "If he is willing to soften his stance, he may be released sooner, which is what happened to Chen Qiushi and Li Zehua," Li noted. "However, if he keeps insisting that he is right, then the chance of him being released will be very low."