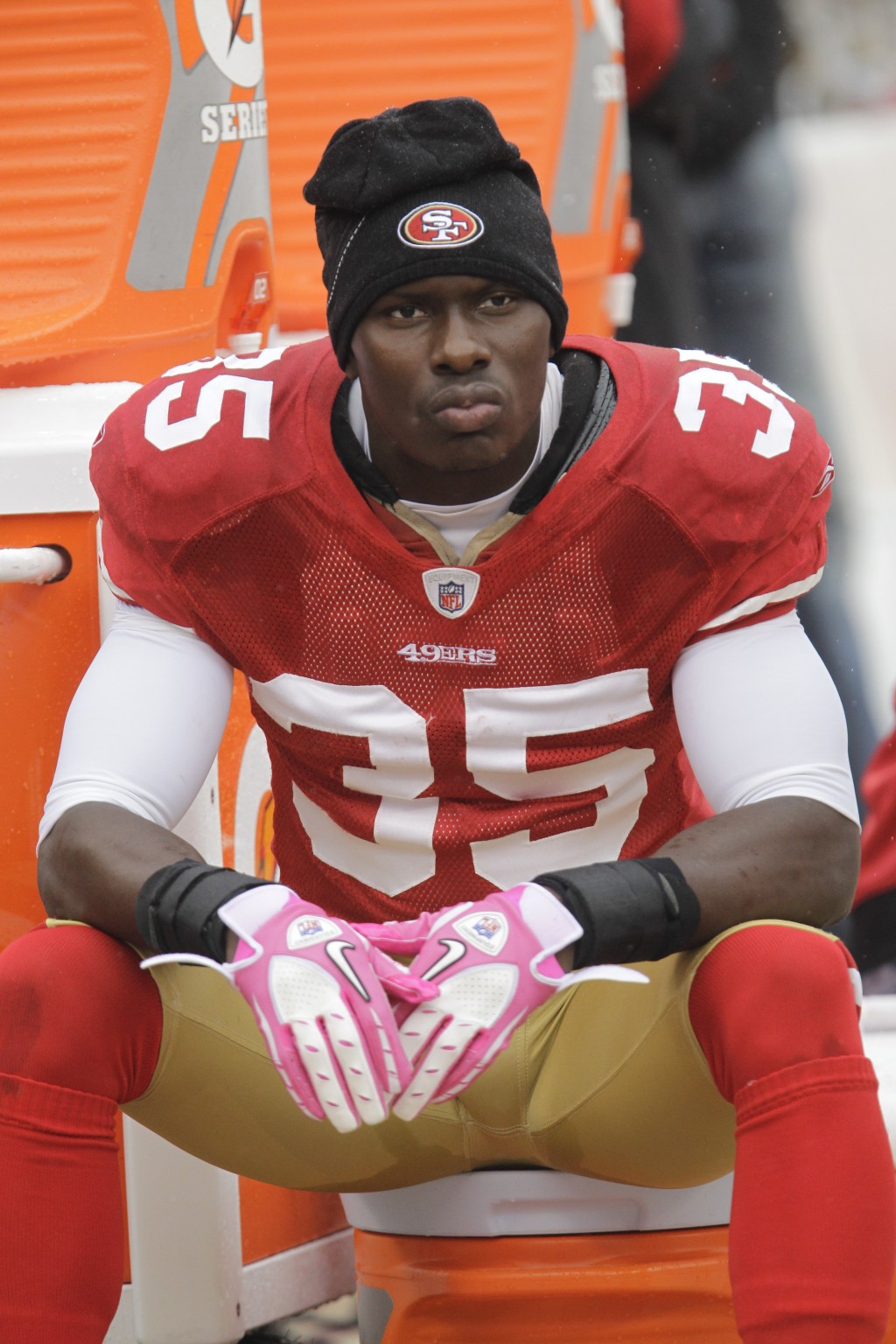 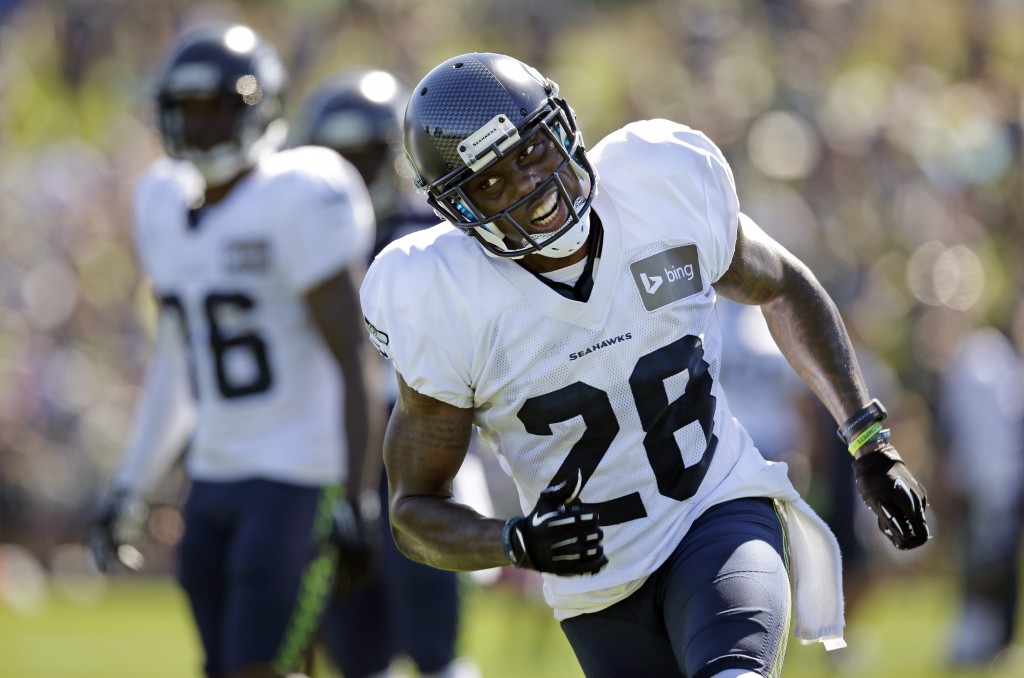 ROCK HILL, S.C. (AP) — Any visitor to Rock Hill, South Carolina, soon learns that “Football City, USA” basks in the glory of the dozens of youth leaguers who have gone on to win college championships and land coveted NFL contracts.

Competitive football is so essential to the city of 75,000 that a longtime high school coach can’t even pause to watch a nearby middle school game, lest he be accused of recruiting. But in the aftermath of a mass shooting by a popular homegrown player whose family blamed football for his troubles, some parents and coaches are facing tough questions about the role the sport plays in children's lives.

Phillip Adams, whose NFL career is still celebrated on the county tourism website, is accused of killing Dr. Robert Lesslie, his wife, their two grandchildren and two air conditioning technicians at the doctor's home before killing himself last month. Investigators haven't said what might have prompted the deadly attack.

People who knew the Rock Hill High graduate as a kind and mild-mannered young man are wondering if head injuries he suffered as a player affected his mental health. A probe of his brain was ordered to see whether he had chronic traumatic encephalopathy, or CTE, a possibly degenerative disease that has been shown to cause violent mood swings and other cognitive disorders in some athletes.

His father, Alonzo Adams, told WCNC-TV that “he was a good kid, and I think the football messed him up.” And his sister, Lauren Adams, told USA Today that her brother’s “mental health degraded fast and terribly bad” in recent years, leaving him with “extremely concerning” signs of mental illness, including an escalating temper.

Rock Hill is renowned for bringing up aspiring players through small fry teams and catapulting them into the pros. At least 37 athletes from the city’s three public high schools have played in the NFL, according to a list maintained by one of the coaches that goes back to the 50s. Current pros include New England Patriots cornerback Stephon Gilmore and No. 1 overall draft pick Jadeveon Clowney, who signed with the Cleveland Browns this offseason.

But awareness is growing nationwide among parents, players and spectators about the potentially lasting impacts of sports concussions, and that includes Rock Hill.

Ed Paat, who runs a nonprofit in town, played football as a kid decades ago. Now 42, he and his wife are steering their four kids toward other sports, like gymnastics and jiu jitsu, in light of the emerging research and events including the shooting.

“For our family, it’s not something that’s an option,” Paat said. “The more we learn about CTE, brain injuries, traumatic brain injuries -- for us there are just other avenues for athletics that don’t have such a potential for long term medical effects.”

Paat acknowledges his view is probably unpopular in the town: “The mindset my wife and I have, I would assume is a minority in the South, not only in the South but in Rock Hill," Paat said.

David Sweem, a former athletic trainer and football coach who now serves on South Carolina's Brain Injury Safety Net Task Force, said he's noticed that parents are definitely more aware of football's head injury risks. “It's made me rethink some things with my own children. And I love football. Still very passionate about the sport," he said.

Children, too, are taking notice. Ronnie Collins, an accountant, said he’s trying to get his son interested in playing, but 12-year-old Jackson is worried about getting injured after learning about concussions and watching players get hurt on television.

Some youth coaches in town object to seeing football singled out for safety reasons when other contact sports also face inherent physical risks. Perry Sutton, who’s coached youth football for three decades, said his 7-year-old grandson's soccer games are rough: "Them kids kicking each other in the head and everything. You don’t get that in football.”

Still, Rock Hill's youth programs have responded by putting coaches through hours of concussion training each year and teaching kids to tackle with their bodies, not their heads. And while participation rates for youth and high school sports have dropped nationally, most coaches interviewed here said the number of kids playing football in Rock Hill remains about the same.

Those who knew Adams stress that there is no definitive link between the concussions he sustained as a football player and the act of deadly violence this month. But in the aftermath, some leaders in the city's football community are reflecting on how to frame what happened to the many young players still in the game.

Lawrence Brown, a youth coach who grew up with Adams and played on the same small fry team, said the killings changed his perspective. He's been thinking lately about emphasizing that players need to live their lives outside the game, too. “We know we can’t play football forever. We know we can't play any sport forever,” Brown said.

Growing up alongside future football stars has been exciting for Kia Wright, but now she's worried for her own 12-year-old son Kaleb. She wants him to play baseball, but her son’s passion for football outshines any other sport.

She said Kaleb heard about the shooting on the news, but wouldn't talk about it, probably fearing she'd pull him out of football if he did.

"I can’t take him out of a game that he loves,” Wright said.

Liu is a corps member for the Associated Press/Report for America Statehouse News Initiative. Report for America is a nonprofit national service program that places journalists in local newsrooms to report on undercovered issues.