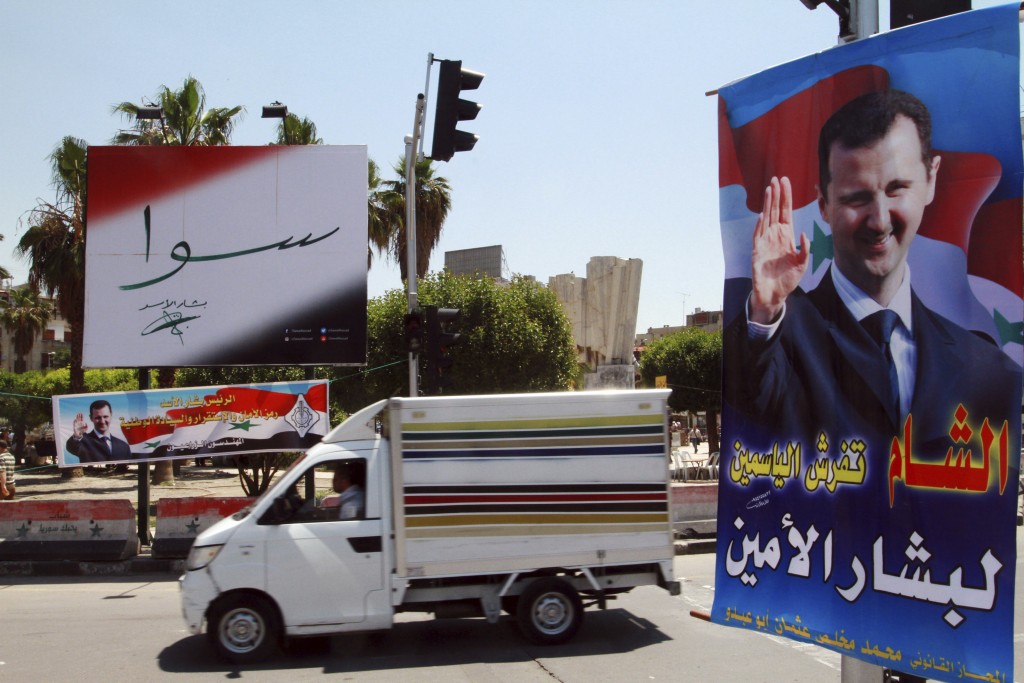 The largely symbolic election is certain to be won by President Bashar Assad, who was chosen along with two other men, Abdullah Salloum Abdullah and Mahmoud Ahmad Marie, to run. Some 51 candidates, including seven women, had applied to be candidates. The Parliament later referred the names to the constitutional court.

The presidential vote, Syria's second since civil war broke out in 2011, is scheduled to be held on May 26. Syrians abroad will vote on May 20.

Mohamad Jihad Lahham, the president of the Supreme Constitutional Court, said the court accepted the three candidates and rejected the rest because they did not meet the constitutional and legal requirements.

Lahham said that those whose candidacies have been rejected have the right to appeal before the court within three days.

Assad won nearly 90% of the votes in the 2014 elections and is widely expected to win a fourth seven-year term. He has held power since 2000, when he took over after the death of his father, who ran the country for 30 years.

Syria began allowing multi-candidate voting in the 2014 elections. Competition with Assad was symbolic and seen by opposition and Western countries as a sham designed to give the incumbent president the veneer of legitimacy.

The international community is unlikely to recognize the legitimacy of the upcoming elections. According to the U.N. resolution for a political resolution of the conflict in Syria, a new constitution is supposed to be drafted and approved in a public referendum before U.N.-monitored presidential elections are to take place. But little progress has been made on the drafting committee and Assad continues to have the backing of Russia and Iran.

In March, the Biden administration said it will not recognize the result of Syria’s presidential election unless the voting is free, fair, supervised by the United Nations and represents all of Syrian society.

Syria has been in the throes of civil war since 2011, when Arab Spring-inspired protests against the Assad family rule turned into an armed insurgence in response to a brutal military crackdown.