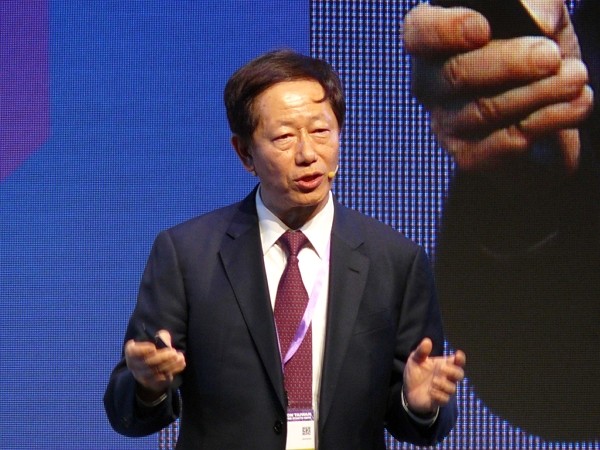 TAIPEI (Taiwan News) — Taiwan Semiconductor Manufacturing Co. (TSMC) Chairman Mark Liu (劉德音) said he hopes no war will be fought in Taiwan because it could lead to a serious disruption in the global manufacturing supply chains.

During an interview on CBS' "60 Minutes," which aired Monday (May 3), Liu pointed out that Taiwan's high technology has become essential to the global community. Responding to the nickname "Silicon Shield" given to the Taiwanese chip industry, he said most countries are against warfare in the Taiwan Strait because that would go against their interests.

Meanwhile, Liu confessed his surprise about Intel falling behind TSMC in the chip race. He said the Taiwanese company has tried to manufacture as many chips as possible since January and that it is expected to catch up with the minimum requirement of global customers by the end of June.

When asked about whether the U.S. should be concerned about the concentration of chip production in Asia, Liu said while he understands the concern, a shortage in chips will happen regardless of where they are being manufactured because it is caused by the pandemic.

Instead of trying to move the supply chain, the U.S. should invest in research and development and cultivate more talent in the manufacturing field, Liu said. He stressed that innovation can only occur if countries are willing to engage in global collaboration.