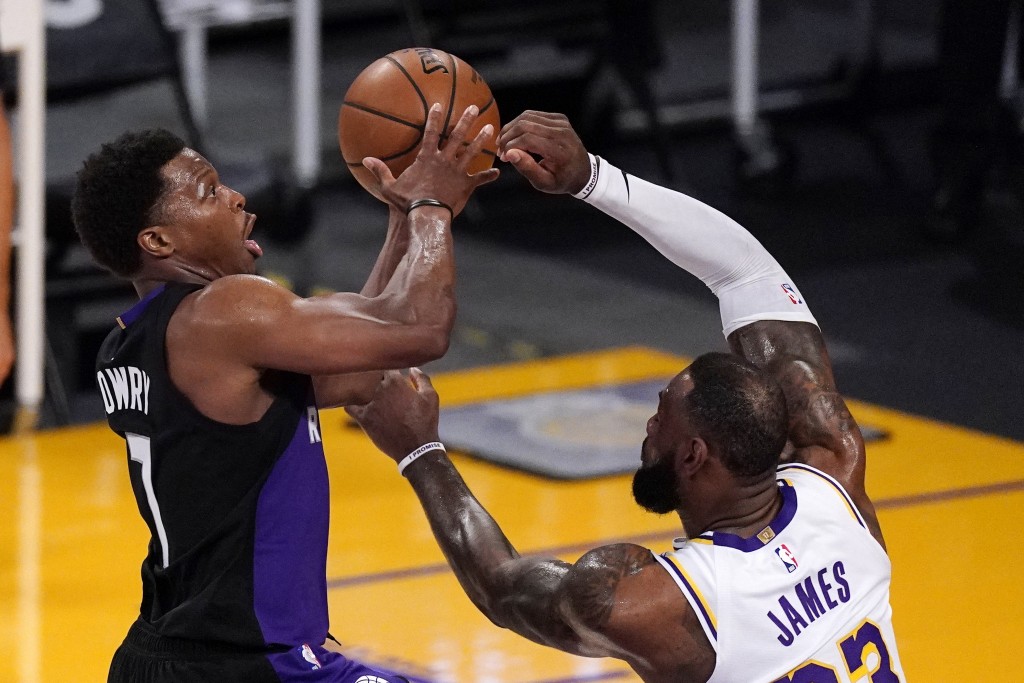 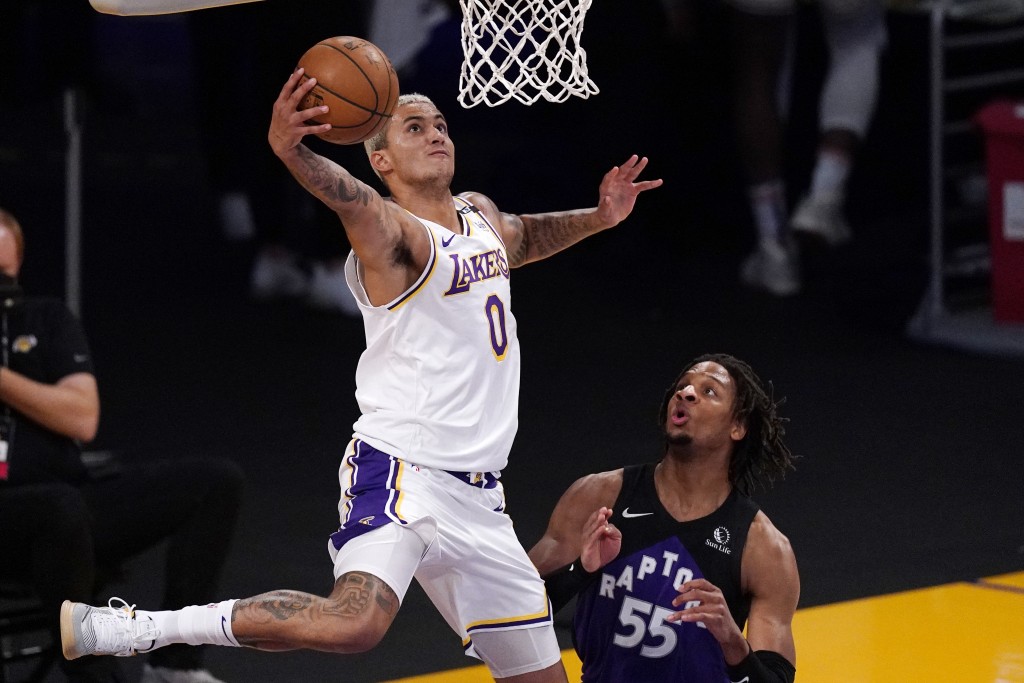 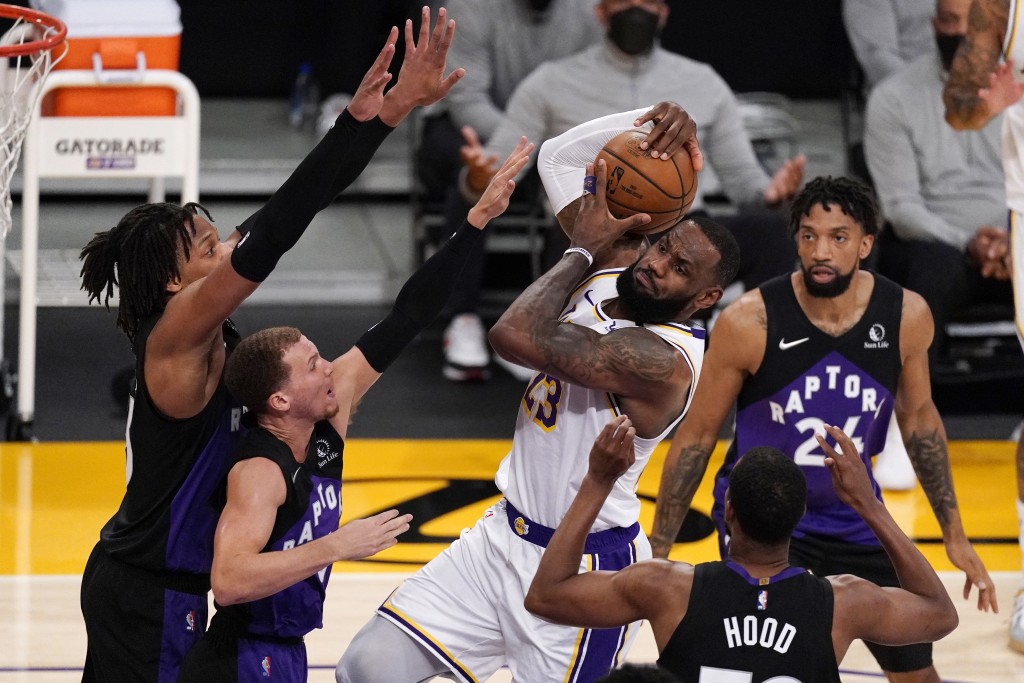 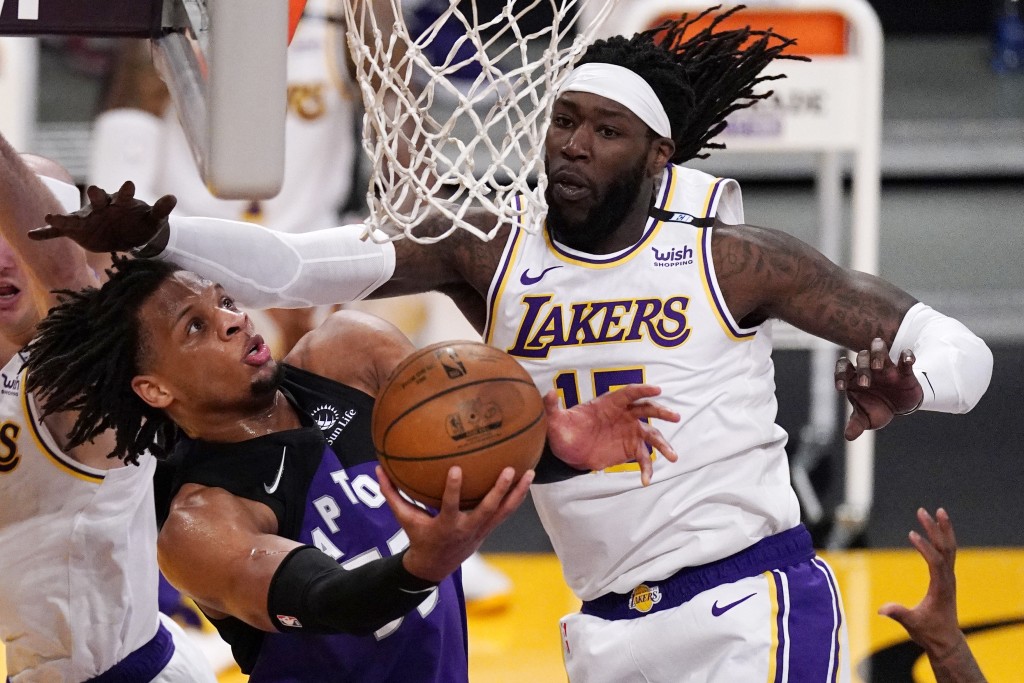 LeBron James had 19 points, seven rebounds and six assists before going back to the locker room with 6:42 to play. It was the second game back for James after missing 20 because of a sprained right ankle.

Toronto ended a three-game losing streak despite not having Fred VanVleet, OG Anunoby, Chris Boucher or Gary Trent Jr. available because of injuries or to rest after losing at Utah on Saturday.

DeAndre’ Bembry had 14 points off the bench and the Raptors led by as many as 21 to hand the defending NBA champion Lakers another baffling defeat.

Kyle Kuzma had 24 points for Los Angeles, Anthony Davis chipped in with 12 and Andre Drummond had 19 points and 11 rebounds.

After trailing by as many as 12 points in the first quarter, the Raptors led 72-59 at the half after blitzing the Lakers for 40 points in the second. A rampaging Lowry had 13, including the final seven points for Toronto going into the locker room, and Bembry chipped in with 11.

The Lakers got back within 10 points early in the fourth quarter, but Lowry responded with a personal 8-2 run.

Kuzma hit a 3 with 58.8 seconds to play to cut Toronto's lead to six before Bembry and Siakam hit free throws to seal it.

Raptors: Freddie Gillespie had 11 points and seven rebounds. ... Siakam had 17 points in the first quarter. ... Toronto has used 30 different starting lineups in 65 games.

Lakers: Kuzma finished the game 8 for 16 from 3-point range. The rest of the Lakers were 5 for 13. ... G Dennis Schroder did not play after being placed in the league’s health and safety protocols. It is his second stint there after missing four games in February after being exposed to someone who tested positive for COVID-19.

Raptors: At the Clippers on Tuesday.