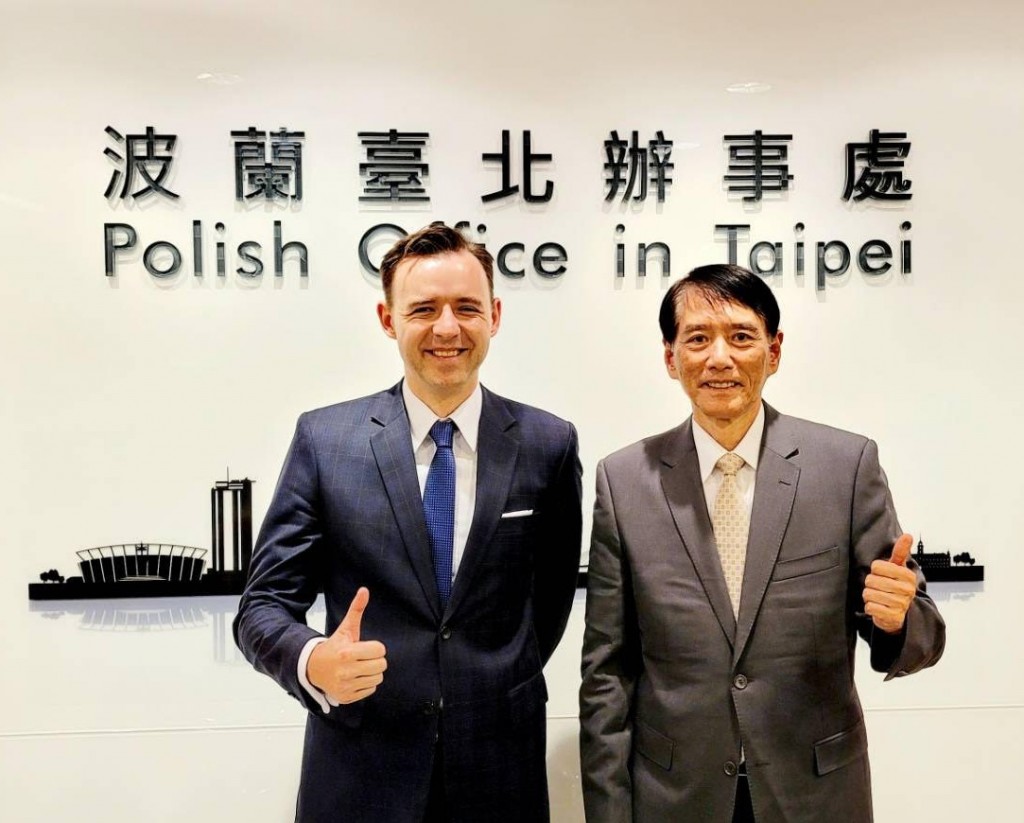 TAIPEI (Taiwan News) — The acting head of the Polish Office in Taipei, Bartosz Ryś, described Taiwan-Poland relations as strong in an interview with Taiwan News, saying he is optimistic about post-COVID bilateral ties.

Ryś spoke about his nation’s celebration on May 6 commemorating the Polish constitution, which was ratified on May 3, 1791. This year is the 230th anniversary of its ratification.

He went on to describe the document as a “symbol of the boldness and innovation” of the Polish people. He added that it was the world’s second modern constitution, after that of the U.S. (ratified in 1789).

The acting head said his office is planning another Chopin musical event in the second half of the year, following the success of last year’s outdoor Chopin recital.

Ryś said he was “very satisfied” with bilateral ties despite the COVID-19 pandemic. The two countries established direct cargo and passenger charter flights between Taipei and Warsaw in 2020 to facilitate the movement of people and goods during the pandemic, and subsequent charter flights are planned for later this year.

He also praised the growing volume of trade between Poland and Taiwan, which increased by 13 percent last year. Polish exports to Taiwan rose by 40 percent, while Taiwanese imports grew by 10 percent.

The two nations also held economic consultations last September on trade and investment, smart cities, electromobility, and cybersecurity, resulting in the inking of two agreements — one on small and medium-sized enterprises and another on cooperation between accreditation bodies.

Ryś pointed out that in January, Poland and Taiwan also finalized an accord on legal and criminal matters. The Taiwan-Poland Criminal Justice Cooperation Agreement was signed by representatives from both sides in June 2019, but it needed the approval of Polish President Andrzej Duda, Ryś explained, noting that Poland was the first EU country to sign such a comprehensive agreement with Taiwan.

He added that five Polish cities had attended the Taipei Smart City Summit and Expo in March, which discussed how to use artificial intelligence and the internet of things when managing urban spaces. The participating cities were Lublin, Pila, Rzeszow, Gdynia, and Lodz.

The representative said he is confident the two countries can collaborate further in areas such as startups, smart cities, and electric cars. Poland is the largest EV battery producer in the EU and has stepped up investment in electromobility.

Ryś added that “Poland is one of the most attractive countries for foreign investors in a variety of sectors and could be a great fit for Taiwanese companies.”

He pointed out that Poland benefits from its attractive location at the very center of Europe, decent infrastructure, and highly skilled workers. The central European nation also stands out for its advanced tech startups and programmers that design and develop high-quality solutions for global giants, he added.

As for education, Ryś said approximately 1,500 Taiwanese currently study and live in Poland and that this number is steadily growing. Most of these students are enrolled in medicine and dentistry programs, he said, describing the courses as very demanding but affordable.

Meanwhile, there are about 400 Polish living in Taiwan. The nation has become a popular destination for Poles who want to explore Asia, according to the diplomat. In Poland, Taiwan is known as a safe, friendly, and beautiful country — altogether a “good brand,” he remarked.

Ryś stated that he has a positive outlook on Poland-Taiwan ties for the near future. He said the two sides are currently talking about increasing the number of flight connections as well as possible high-level visits after the pandemic.

Taiwanese and Poles have a lot in common, Ryś concluded. “Poland and Taiwan share fundamental values, such as democracy, rule of law, and human rights. These values create solid foundations for our future partnership.”