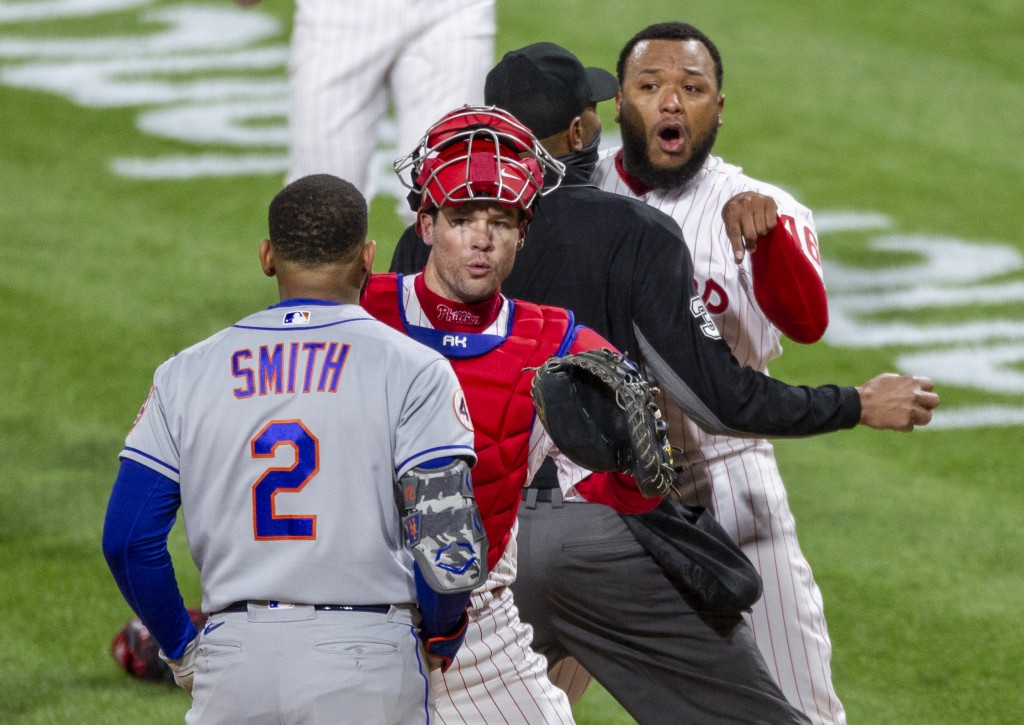 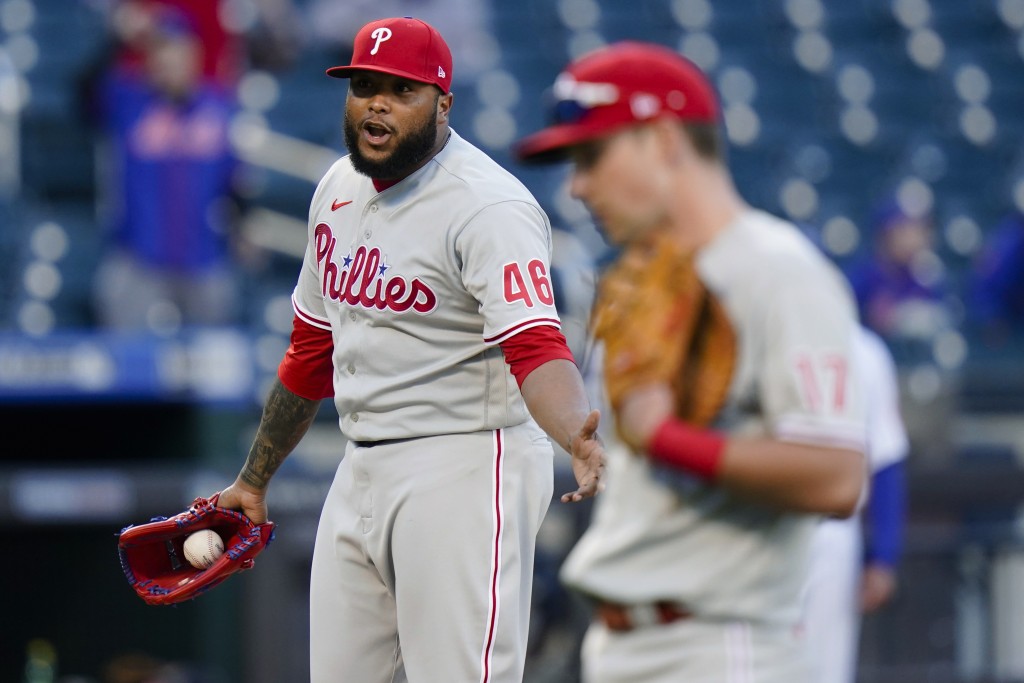 Alvarado also was fined an undisclosed amount, as were Mets outfielder Dominic Smith and pitcher Miguel Castro for their roles in two heated exchanges Friday night in Philadelphia.

The announcement was made by Michael Hill, baseball's chief disciplinarian as Senior Vice President for On-Field Operations.

Alvarado decided to appeal the penalty and will remain eligible to pitch until the process is completed. The NL East rivals were scheduled to wrap up their three-game series Sunday night.

Alvarado struck out Smith to end a threat in the eighth inning Friday, then thumped his glove and pointed and shouted in Smith's direction. Tempers flared as Smith pulled off his helmet, Alvarado threw his glove to the ground and the two approached each other as the benches and bullpens emptied. Both players were restrained and no punches were thrown.

Castro got lathered up later in the game after a couple of inside pitches on a walk to Rhys Hoskins drew a direct look from the Philadelphia first baseman. Players spilled onto the field, halting the game for a bit, but teammates calmed down Castro and that was about it.

Philadelphia hung on for a 2-1 victory.

Back on April 13 in New York, Smith took exception to Alvarado throwing near the head of Mets slugger Michael Conforto and then hitting him with a subsequent pitch. Smith barked and gestured from the dugout at Alvarado, who waved his hand dismissively.