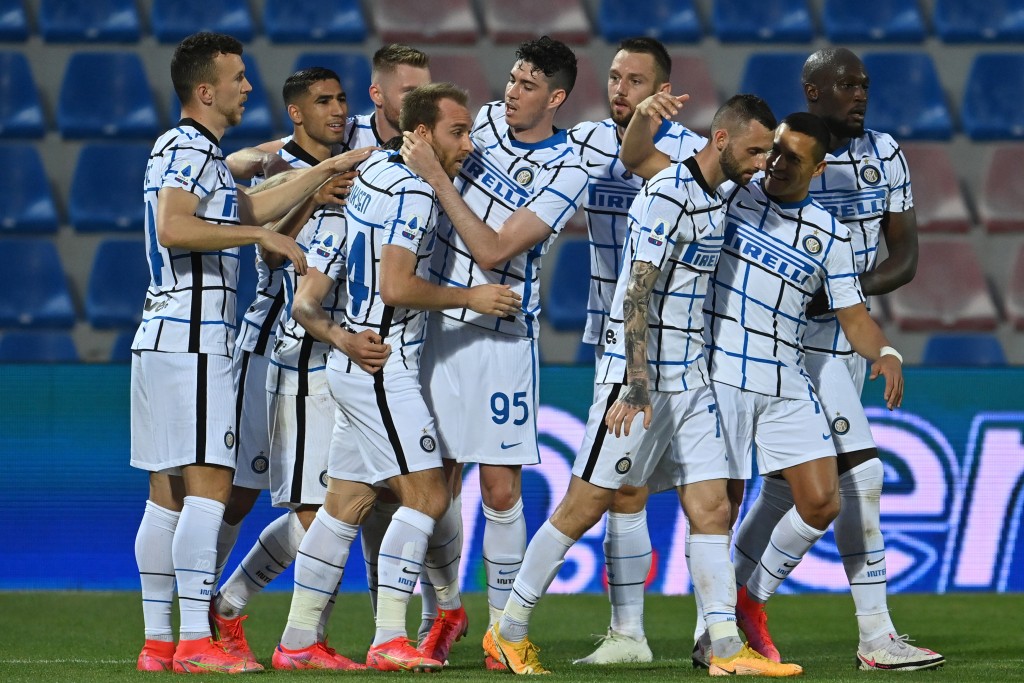 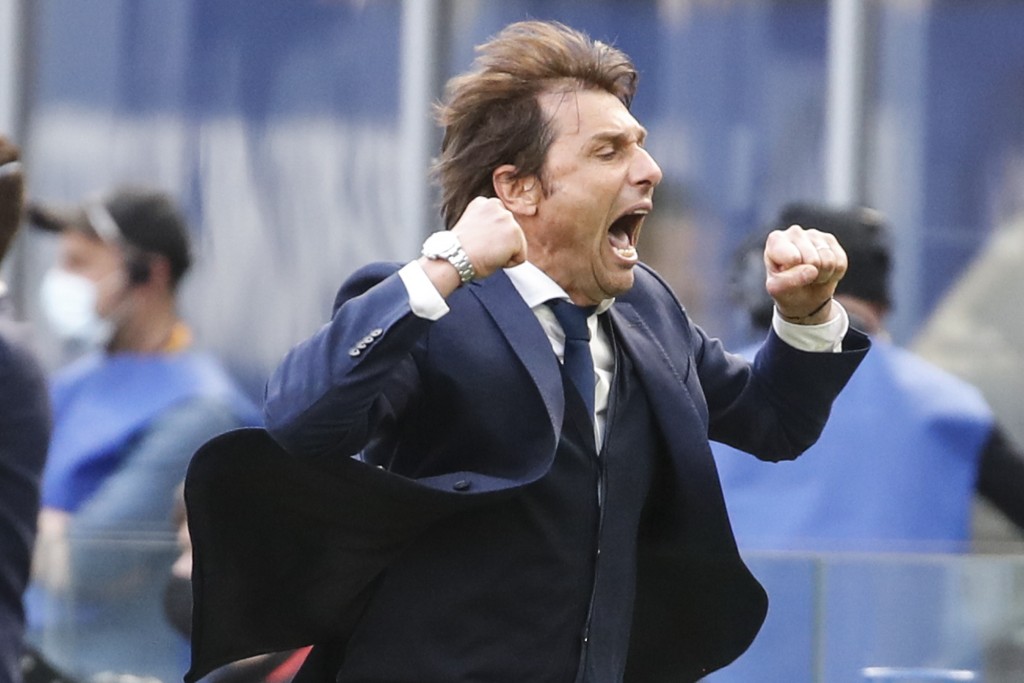 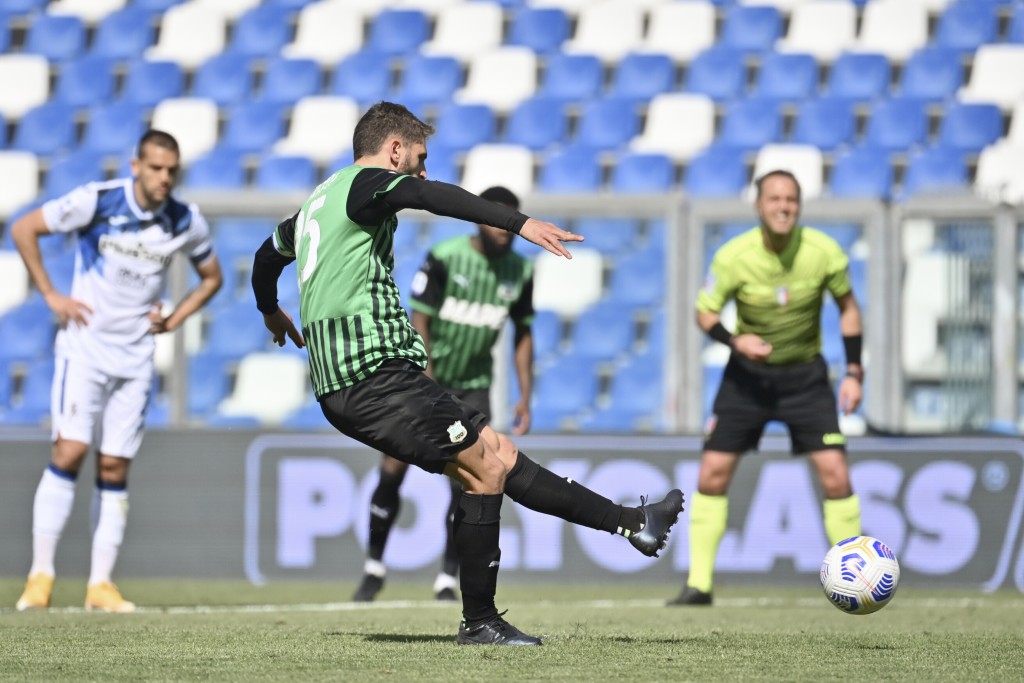 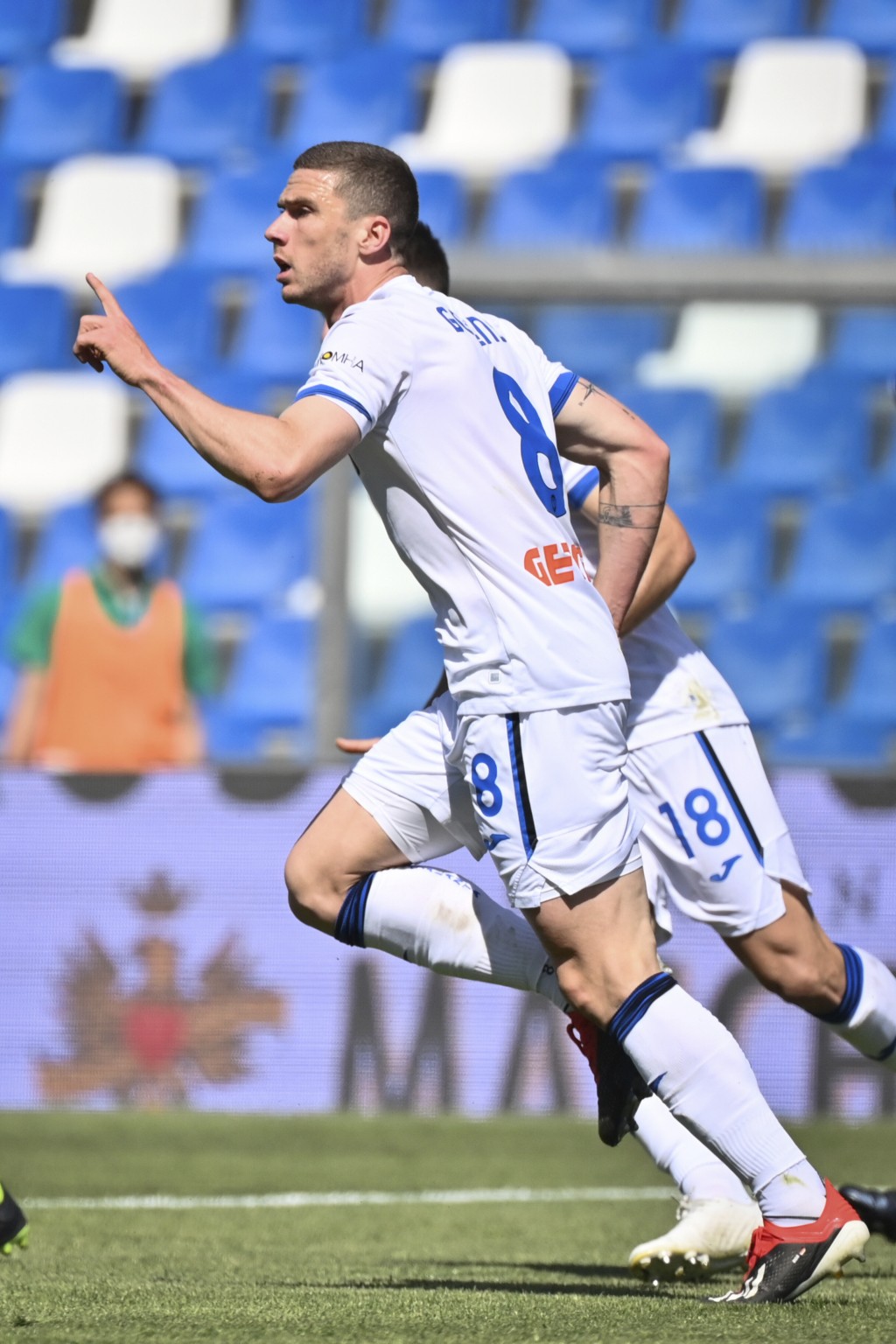 MILAN (AP) — Inter Milan won its first Serie A title in more than a decade after second-place Atalanta drew 1-1 at Sassuolo on Sunday.

Atalanta needed to win to avoid Inter mathematically clinching the title with four matches remaining and its chances of doing so diminished dramatically when goalkeeper Pierluigi Gollini was sent off in the 23rd minute leaving his side with 10 men for most of the match.

Robin Gosens scored for 10-man Atalanta nine minutes later but Domenico Berardi leveled from the penalty spot early in the second half. Atalanta had a penalty saved late on after Sassuolo also had a man sent off.

It is Inter’s first trophy since 2011 and the first Serie A title since 2010, when it claimed the treble of the league, Champions League and Italian Cup.

Inter ended Juventus’ grip on the league crown. Inter coach Antonio Conte led Juventus to the first three of its nine successive Serie A titles but ended that run in his second season in charge of the Nerazzurri.

After Inter won 2-0 at Crotone on Saturday, Atalanta was the only team that could possibly catch Conte’s side and needed to win to do so.

Atalanta was dominating until a moment of madness from Gollini saw him fly out from his area and barge over Sassuolo midfielder Jérémie Boga, earning himself a straight red card.

Despite the numerical disadvantage, Atalanta took the lead when Ruslan Malinovskyi flicked a ball over the top and Robin Gosens let it bounce before volleying into the far corner from a tight angle.

Duván Zapata thought he had doubled Atalanta’s lead but his header was ruled out for an offside on teammate Berat Djimsiti.

Sassuolo leveled seven minutes after the interval when Rafael Tolói was adjudged to have pushed over Hamed Junior Traorè and Berardi struck the resulting penalty into the bottom right corner.

Sassuolo also had a goal ruled out for offside shortly after, before also having a man sent off when defender Marlon was shown a second yellow card and gave away a penalty for a foul on Luis Muriel.

The result could also dent Atalanta’s chances of qualifying for the Champions League. It is level on points with AC Milan and two above fourth-place Napoli, which was held to a 1-1 draw by Cagliari. Fifth-place Juventus is three points behind Atalanta and visits Udinese later.