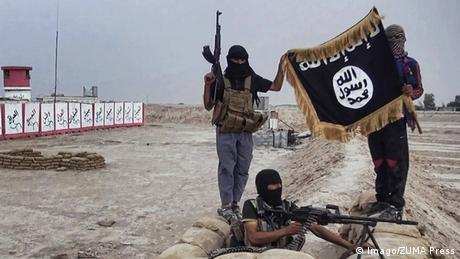 The alleged military head of the "Islamic State" (IS) terror group was arrested in Turkey, a police statement said on Sunday.

Codenamed Basim, the Afghan national has been dubbed the right-hand man of dead IS leader Abu Bakr al Baghdadi.

Basim was detained in a suburb of Istanbul and had been traveling on a fake passport, according to the police statement.

Basim had reportedly disappeared months after the terrorist group was overrun in Syria and Iraq in December 2017.

Turkish media published a photograph of a balding, bearded man in a light coat following the arrest and an earlier image, purportedly of the same person, showing a long-haired, heavily bearded man in military fatigues wielding a curved sword.

The Demiroren news agency said Basim was suspected of organizing training for IS while in Syria and Iraq, as well as serving on its decision-making council.

NTV reported that Basim was being interrogated after a joint operation by the National Intelligence Organization (MIT) and Istanbul's police force.

IS leader Baghdadi killed himself in October 2019 by detonating a suicide vest during a US-led raid on his hideout in Syria's northwestern Idlib province.

Turkey regularly detains IS suspects, many allegedly planning attacks in the country.

With material from The Associated Press