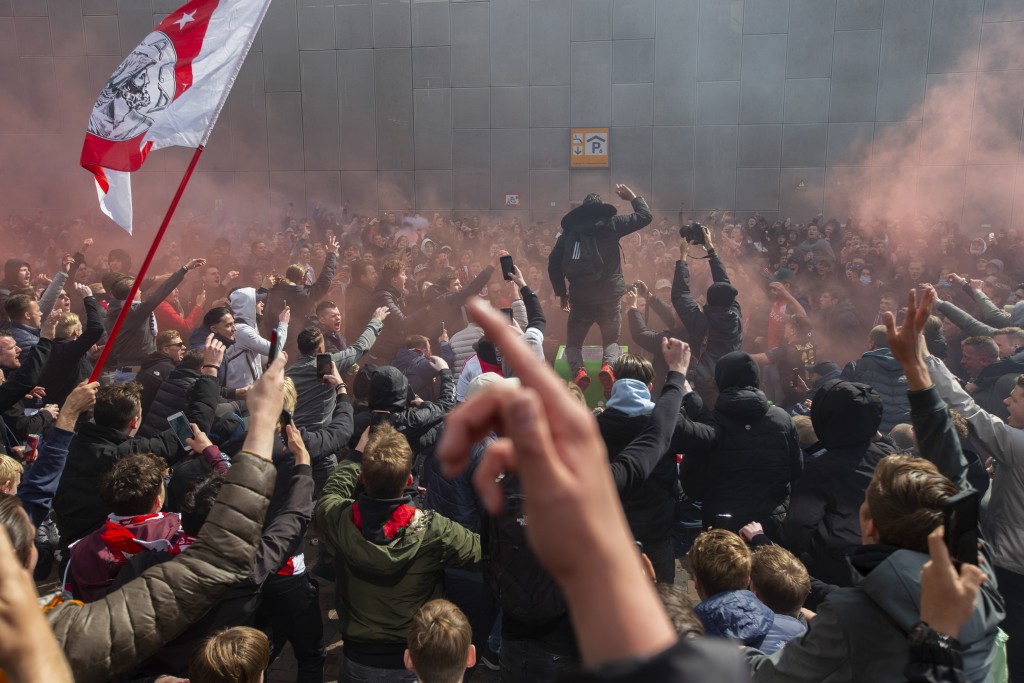 AMSTERDAM (AP) — Ajax won the Dutch Eredivisie league title Sunday for the 35th time when it beat Emmen 4-0 as police appealed in vain to supporters not to gather outside the Johan Cruyff Arena to celebrate.

Before fulltime, Amsterdam police urged no more fans to head to the stadium as the nearby streets already were too busy.

Thousands of fans were celebrating the title long before the final whistle, setting off red flares and fireworks outside the stadium, which was empty because of coronavirus lockdown measures.

Jurrien Timber, Sebastien Haller, Devyne Rensch and Davy Klaassen scored as Ajax overran Emmen to take the title with three matches to play in the Eredivisie.