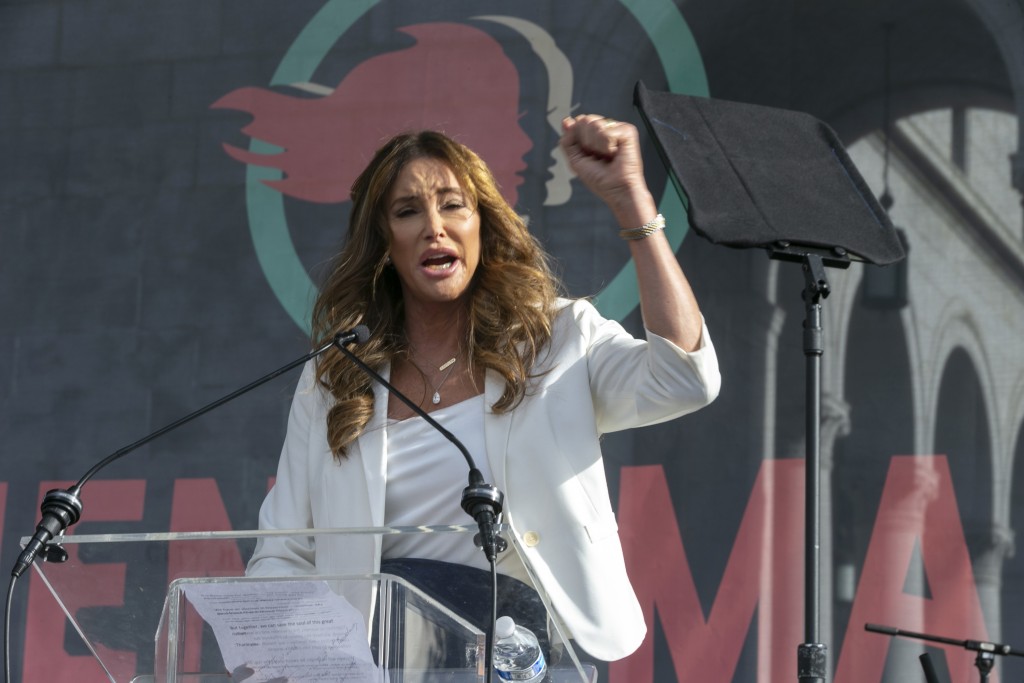 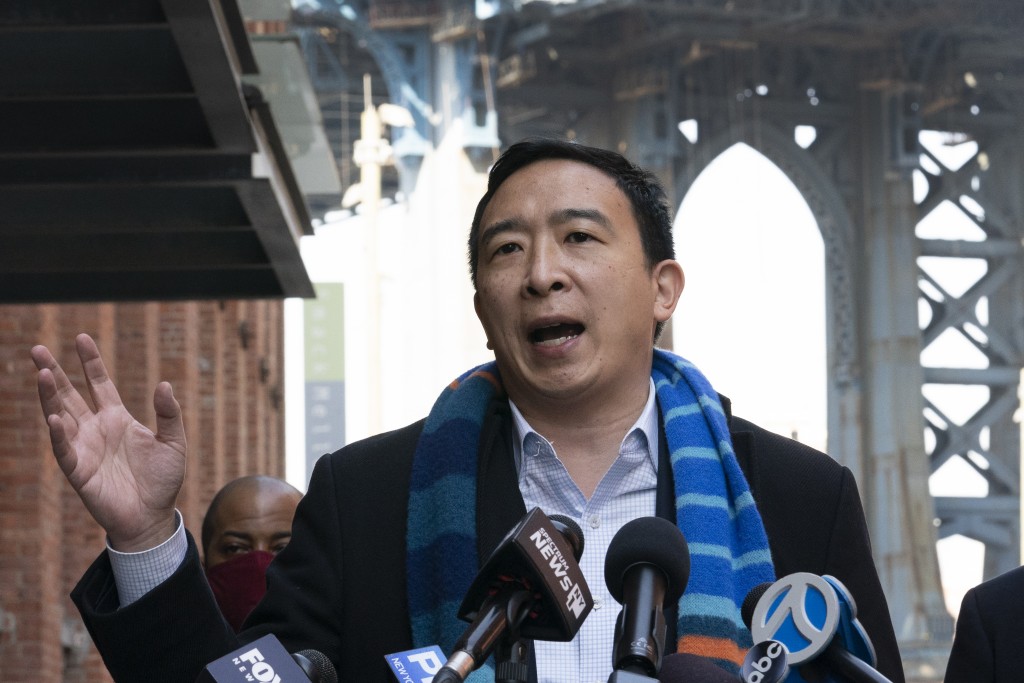 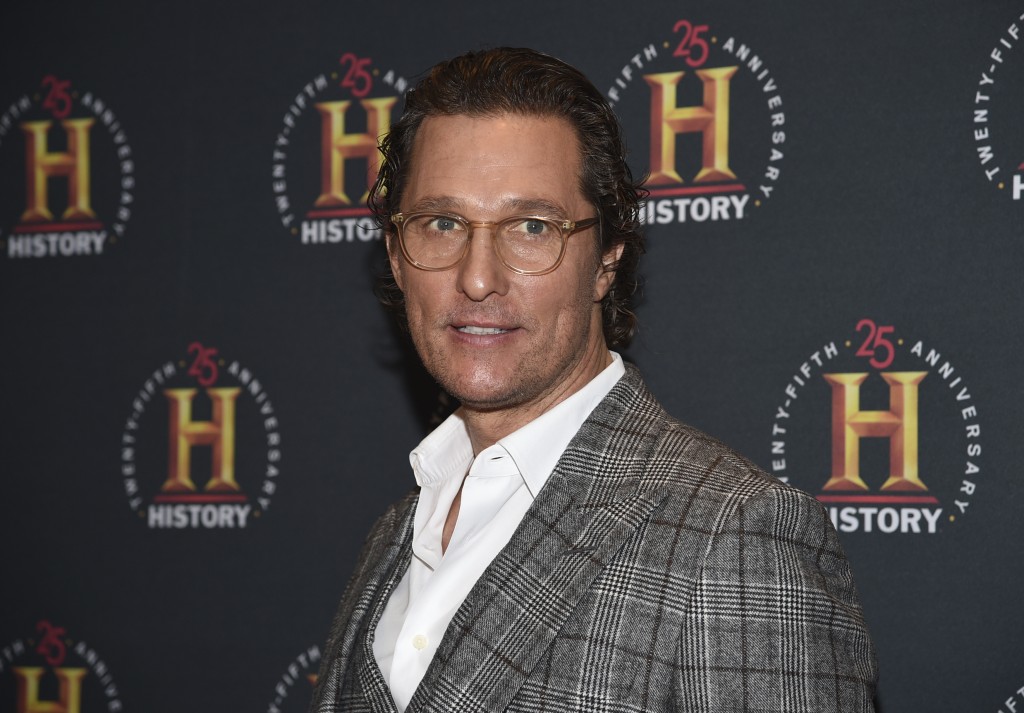 WASHINGTON (AP) — From Ronald Reagan and Arnold Schwarzenegger to Al Franken and Donald Trump, there’s a rich history of celebrities trying out new careers in politics.

In California, former Olympian Caitlyn Jenner is running for governor. In Texas, Oscar-winning actor Matthew McConaughey is generating buzz as a potential candidate for governor. In New York City, Andrew Yang, a businessman who gained fame during his quixotic 2020 presidential run, is a leading contender for the Democratic mayoral nomination.

Each has the type of name recognition that other political newcomers would envy. But as they consider running some of the nation's largest and most complicated governments in the country, their lack of experience in public office could be a vulnerability. That's especially true after the tumult of the Trump era, when the reality television star-turned-president often spent more time raging about his media coverage than managing the federal bureaucracy.

“I do think it definitely makes it slightly harder," said Daniel Ketchell, who was chief of staff to Schwarzenegger, the bodybuilder-turned-Hollywood star who won a California recall election in 2003 and became a two-term governor. “I think people are looking at you and that narrative of: We just elected an outsider celebrity and it didn’t work out for the country, we didn’t get much done for the country, we all were stressed out all the time.”

Jenner, a gold medal-winning decathlete and transgender rights activists perhaps best known for being part of the Kardashian family, launched her campaign last week challenging Democratic Gov. Gavin Newsom in his likely recall race. Bolstered by her 3.5 million Twitter followers and nearly 11 million on Instagram, the Jenner campaign believes that name recognition — will make her a strong competitor in a race they see as a referendum on Newsom's leadership.

But Rob Stutzman, a GOP consultant in the state who advised Schwarzenegger’s winning recall campaign, said there are key differences between Jenner and Schwarzenegger, who was then arguably the biggest movie star in the world.

“There’s famous and then there’s Arnold Schwarzenegger famous,” he said, rejecting the idea that Trump had turned voters against celebrities.

"People will say they don’t like celebrity candidates until there’s a celebrity candidate they like,” he said. “A lot of Democrats hated Donald Trump, but they might be pretty enthralled with Matthew McConaughey. ... It’s still about winning and likability.”

Much else is also different this time around.

California has grown even more Democratic over the past 20 years, making it harder for a Republican, especially one who openly backed Trump, to gain traction.

Schwarzenegger, strategists note, was already well known in the state as a champion of after-school programs, and had a history of civic engagement, having served as chair of President George H.W. Bush's Council on Physical Fitness and Sports. It also didn't hurt that he was married to Maria Shriver, a member of the Kennedy family dynasty.

Reagan was also well versed in politics before running a campaign of his own by virtue of leading the Screen Actors Guild.

While Jenner has advocated for transgender people since coming out in 2015 and experience in the business world, it is unclear where she stands on a slew of other policy questions. Indeed, her current website offers only a vague 68-word statement, along with a fundraising portal and online store selling stemless wine glasses and yard signs. (Her campaign says policy plans are coming soon.)

She has already faced backlash after mistakenly suggesting in a tweet that district attorneys in the state were appointed, not elected. (She later said she knew that was the case.)

“Also, do you know how a bill becomes a law?” quipped Rep. Ted Lieu, D-Calif., offering a link to the famous “Schoolhouse Rock” animation. “Do you know what ‘veto’ means? Or ‘budget’?”

Celebrities-turned-politicians have long recognized the extra work they must do to counteract a dearth of governing experience. When Schwarzenegger ran, aides created what they called “Schwarzenegger University” to get up to speed on issues.

Franken, the “Saturday Night Live” star who later became a Democratic senator from Minnesota, largely avoided the national press during his first years in office as he tried to redefine himself as a serious lawmaker. Jesse Ventura, the professional wrestler who became Minnesota's governor, surrounded himself with experienced aides.

“No question that there was, I think, a preconceived notion that he might have some trouble engaging others to his administration," John Wodele, who served as Ventura’s spokesman in office. “However, the actions that he took right after the election to bring people into his administration with experience and knowledge and impeccable reputations quickly dispelled that.”

Wodele added: "I think coming out of the wrestling environment and celerity, a lot of people misjudged him in terms of his intellect. He was underestimated in terms of his ability to understand and reason."

In New York, Yang has ridden his losing presidential bid to a leading slot in the crowded mayoral race, which some of his rivals have sought to turn against him. In his first ad of the race, City Comptroller Scott Stringer, who has faced calls to drop out after a former volunteer accused him of sexual misconduct, stressed his experience in an implicit slap at Yang. “He’s not a celebrity. He doesn’t govern by Tweet or TikTok," the Stringer ad began.

Yang's campaign manager, Chris Coffey, rejected the characterization of the candidate as a celebrity, comparing Yang instead with Alexandria Ocasio-Cortez, the Democratic congresswoman from New York who has become a household name because of her progressive politics.

“There's a pretty big difference between starting a reality show and starting a political movement based on raising people out of poverty and giving people cash," Coffey said of Yang.

“We live in a culture of gossip and entertainment. That’s how Trump became president. That’s one of the reasons why Yang is at the front of the pack," said Democratic strategist Hank Sheinkopf. He said that with New York having gone through so much during the pandemic, many voters may simply long for a smiling face and a cheerleader.

“The city, like other cities, is in the dumps,” Sheinkopf said. “With his celebrity, he's interesting."