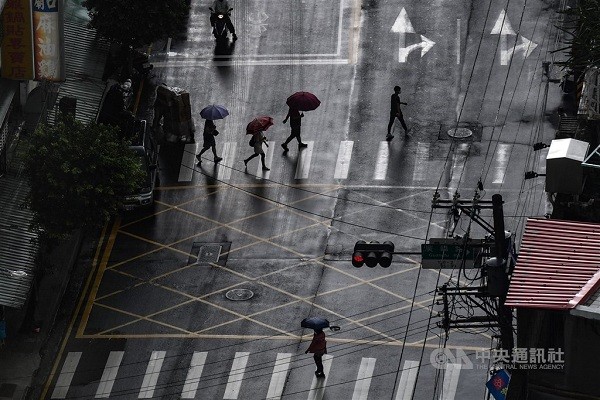 The meteorologist forecast partly sunny and hot weather across Taiwan on Monday and Tuesday, with cooler temperatures in the morning and at night. Scattered rains are expected in the east during the two days, while afternoon showers are likely for mountainous areas in the west, according to Wu.

Even though the two weather fronts will not have strong structures, atmospheric instability may still trigger convectional rainfall, especially in the afternoon, according to the meteorologist.

As the first weather front of the plum rain season moves across Taiwan on Wednesday, eastern and northern Taiwan will see occasional showers or thundershowers, while the south will also see rain, Wu said.

Partly sunny weather will return on Thursday and Friday, but showers may still occur in mountainous areas in the afternoon. Over the weekend, the second weather front is likely to trigger convectional rainfall.