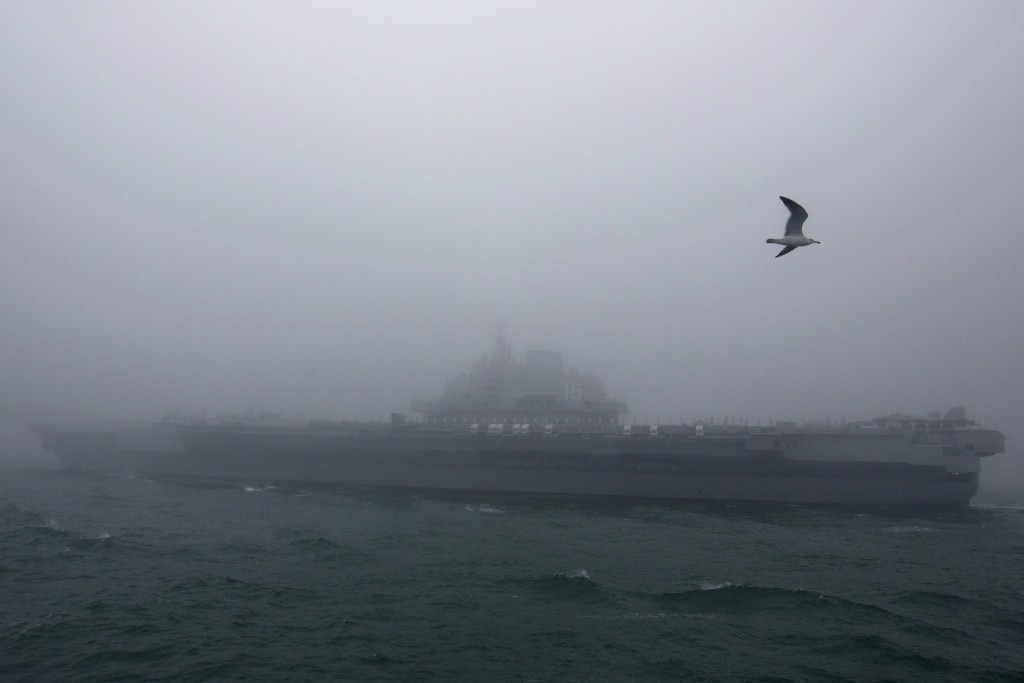 The Chinese Defense Ministry last week urged the U.S. to restrain its front-line forces in the air and seas near China. U.S. reconnaissance aircraft and warships have become more active around China since President Biden took office, it said.

The South China Sea is particularly contentious because China's smaller neighbors also have competing claims to one of the world's busiest sea lanes, which Beijing claims virtually in its entirety. China has constructed several man-made islands in the disputed waters in what the U.S. says is a move to militarize the area.

Navy spokesperson Gao Xiucheng said in a statement that the exercises were completely legitimate and part of safeguarding national sovereignty, security and development interests, as well as maintaining regional peace and stability.

“We hope the outside world will view it in an objective and rational way. In the future, the Chinese navy will continue to hold similar exercises as planned,” said Gao.

The Shandong is the second Chinese aircraft carrier to enter service after the Liaoning, which was originally purchased as a hulk from Ukraine and entirely refurbished.