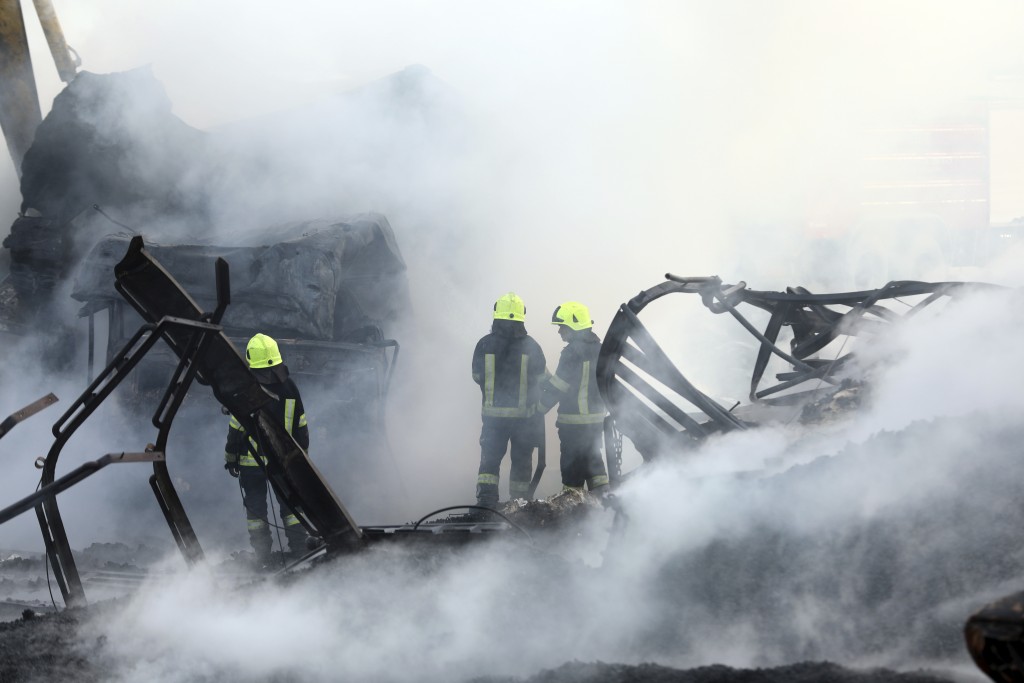 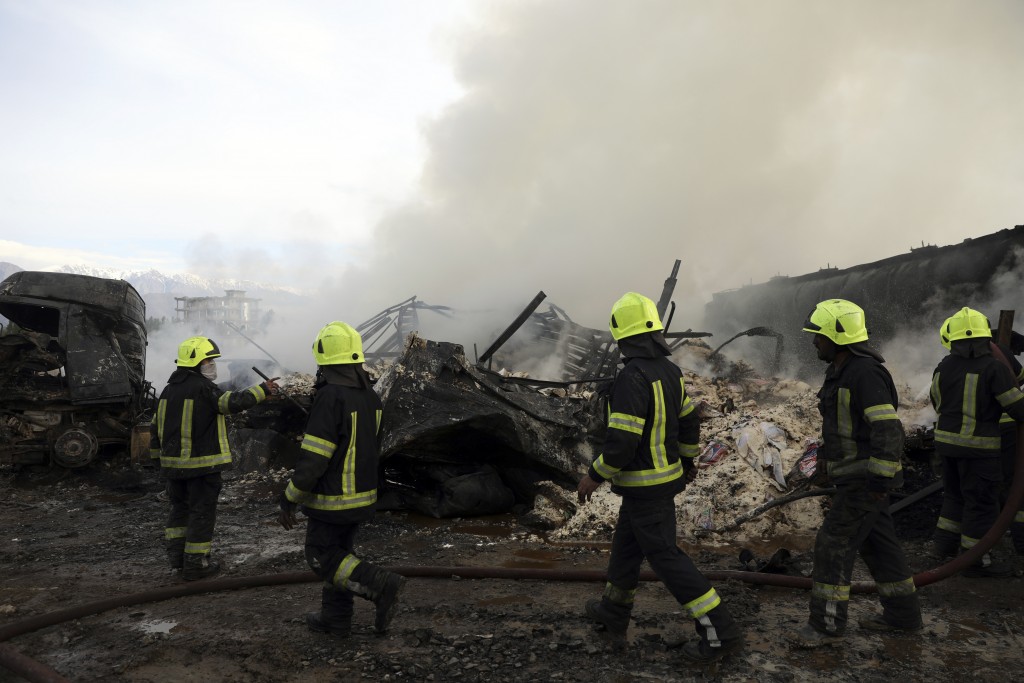 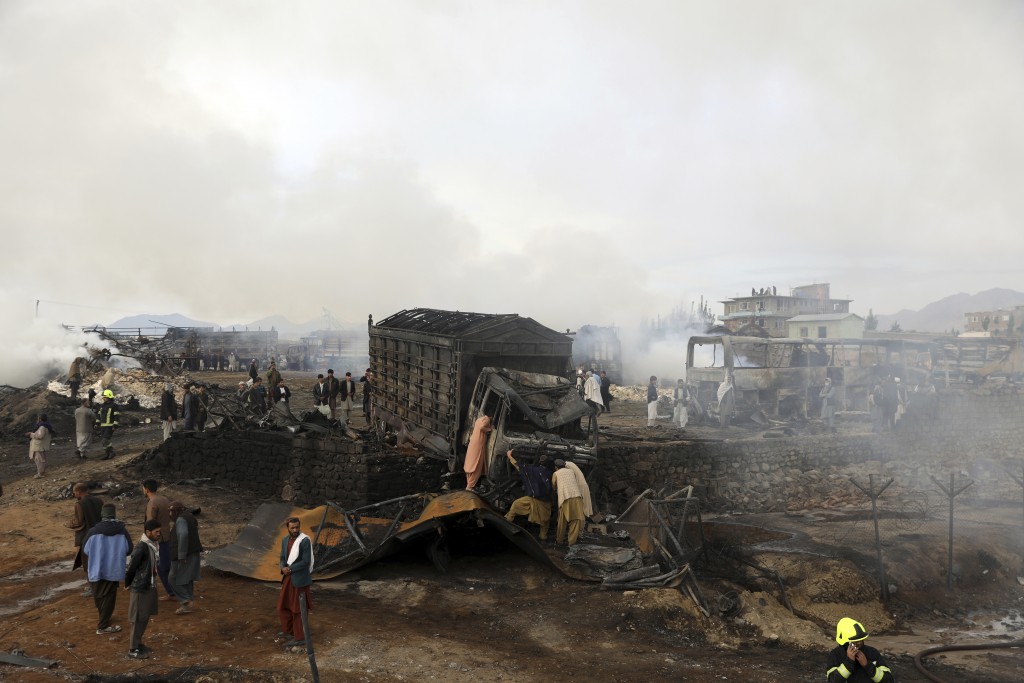 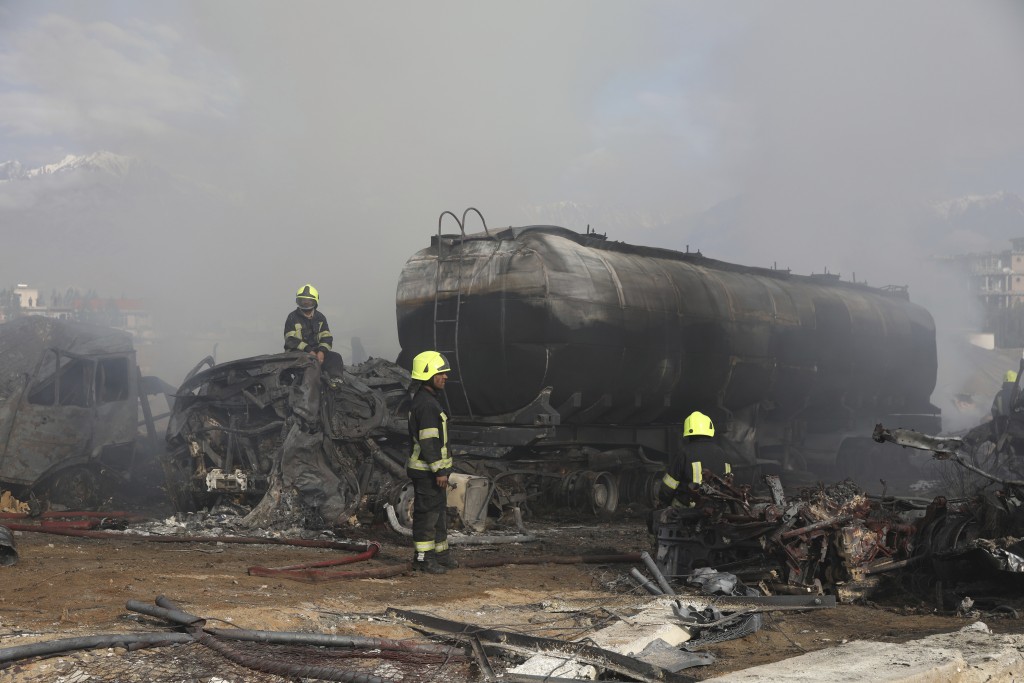 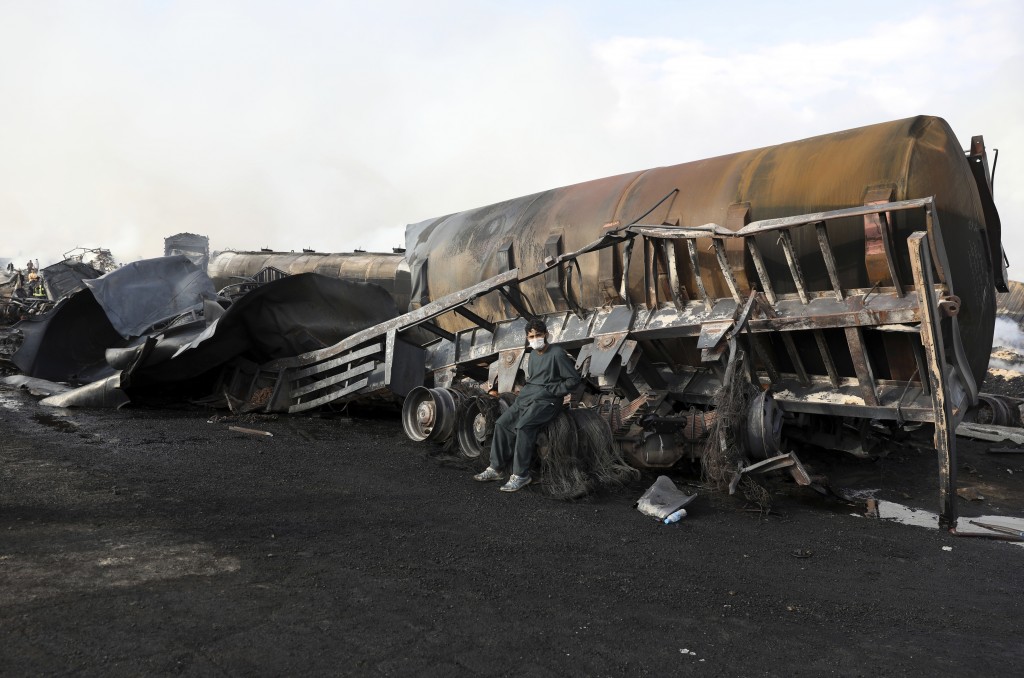 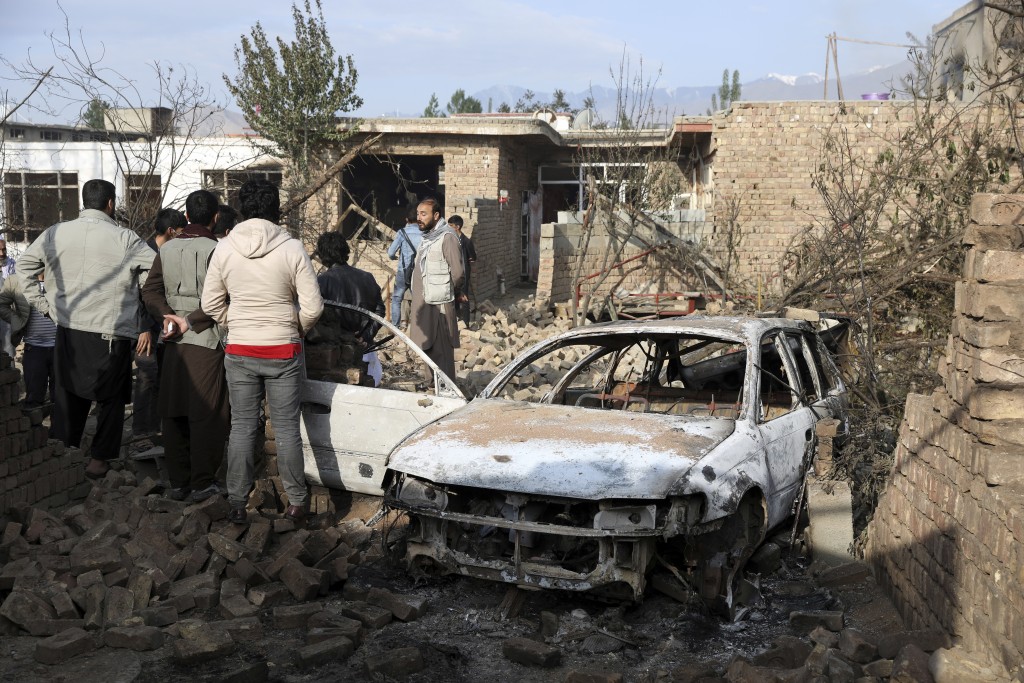 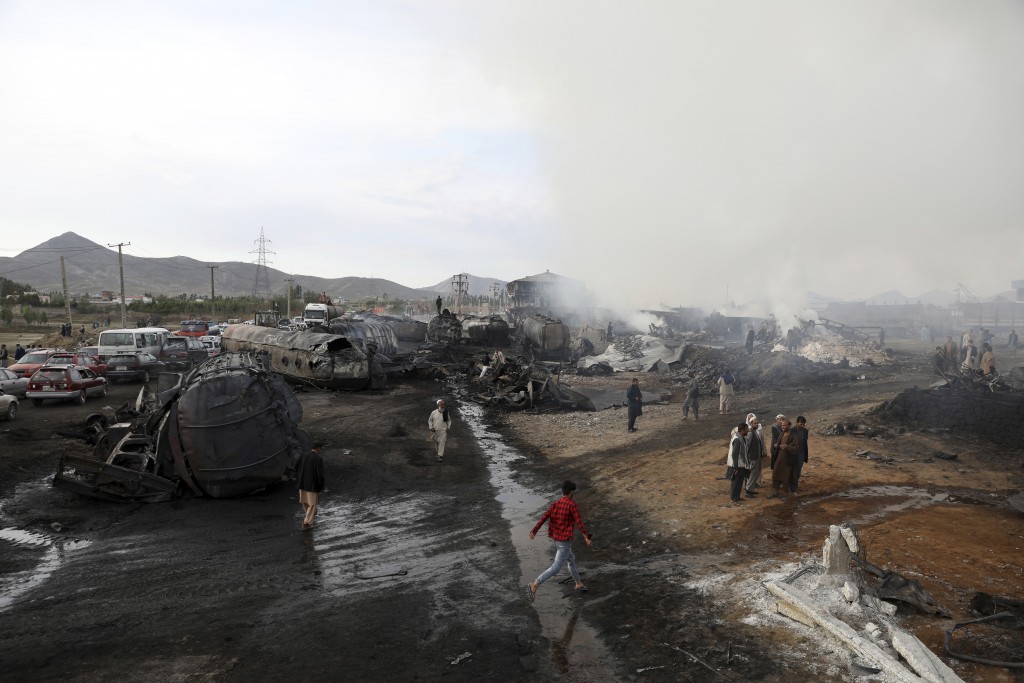 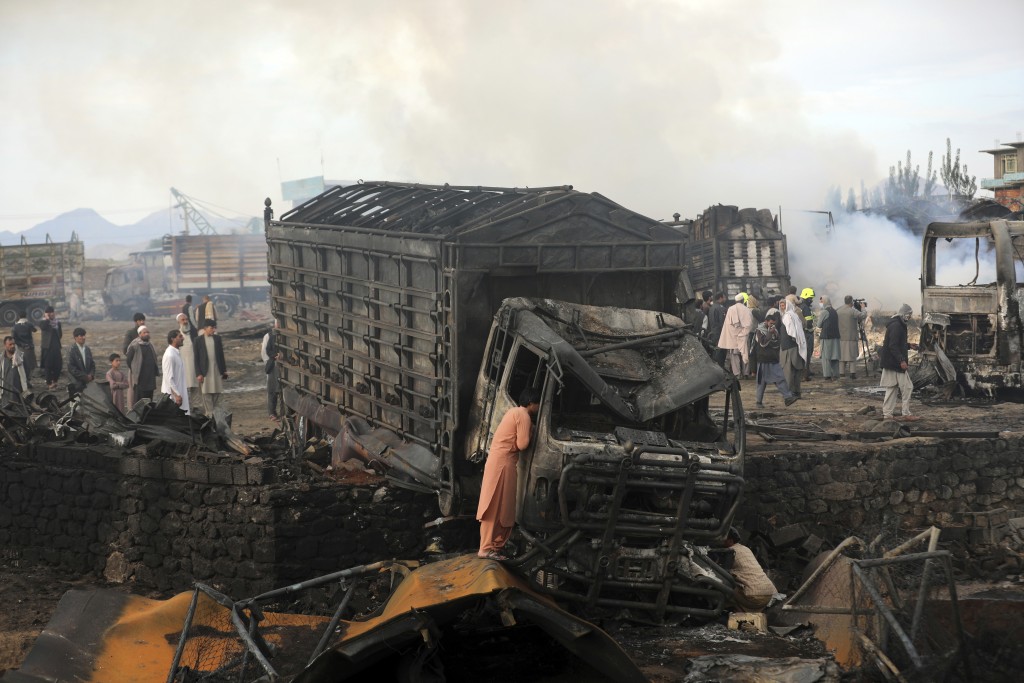 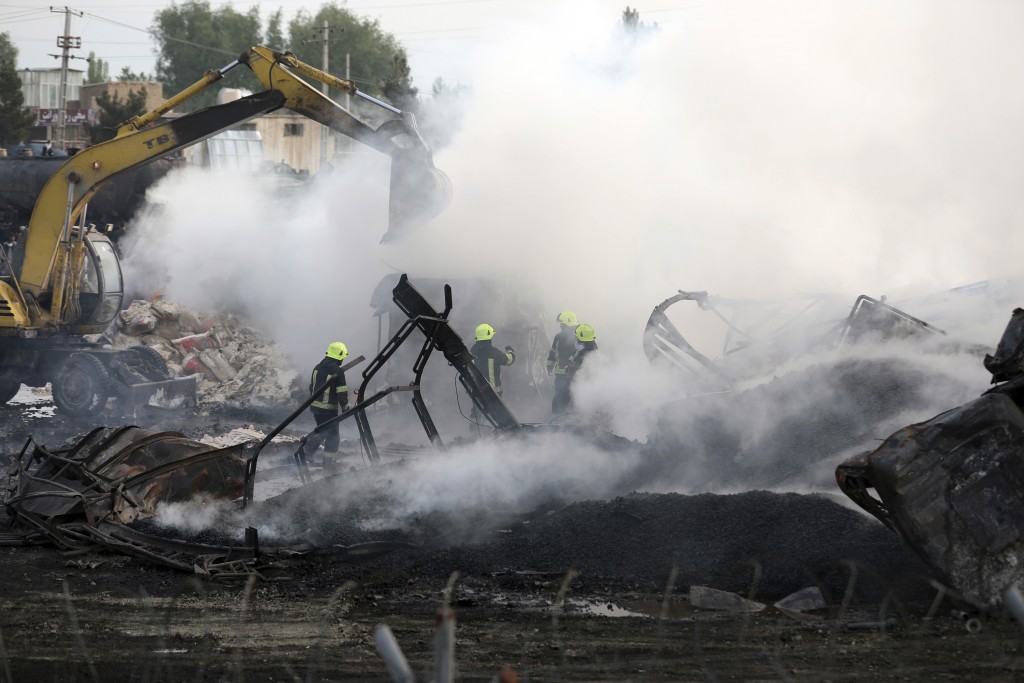 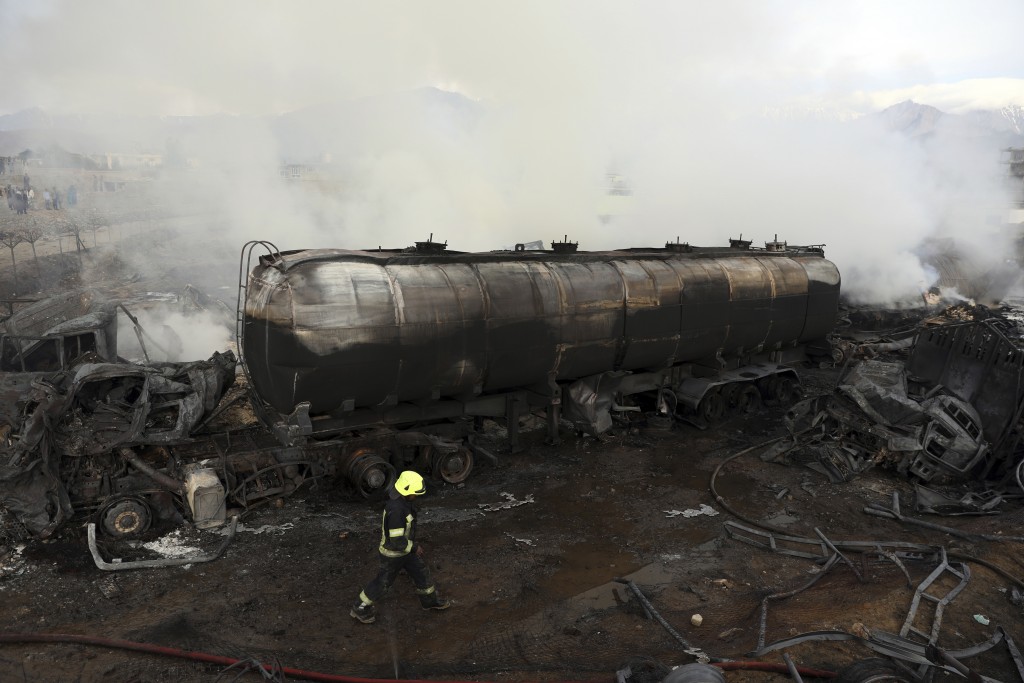 KABUL, Afghanistan (AP) — A searing blaze that roared through several fuel tankers on the northern edge of the Afghan capital of Kabul killed seven people and injured 14 others, the Interior Ministry said Sunday.

Investigators were combing through the dozens of tankers that lay in smoldering ruins and a gas station caught in the flames that roared through the area late Saturday, said ministry spokesman Tariq Arian.

There was no immediate indication of whether it was an accident or sabotage. It came on the same day that the U.S. and NATO officially began the final phase of a withdrawal from Afghanistan, ending a nearly 20-year military engagement.

All 2,500-3,500 American soldiers and about 7,000 NATO allied forces will be out of Afghanistan at the latest by Sept. 11, the 20th anniversary of the terrorist attacks in the United States that first brought them into the country.

Arian said the fire began when a spark set a fuel tanker ablaze. Several tankers nearby were quickly engulfed, sending giant flames and plumes of smoke into the night sky. The fire in the northern edge of the city engulfed several homes and a nearby gas station. Several structures were destroyed and electricity to much of Kabul, which usually has only sporadic power, was knocked out.

The wounded were being treated mostly for burns in local hospitals.

The fire came soon after residents of the majority Muslim nation — marking the holy month of Ramadan when the faithful fast from sunrise to sunset — had ended their day-long fast.

One driver, Haji Mir, said the explosion was deafening as trucks were lined up entering the city.

“The first explosion sounded like a mine explosion,” he said. “There was flames shooting from one truck and then a second truck exploded, and a third.” He estimated that as many as 100 tucks may have burned.

Dozens of tankers were moving slowly into the capital at the time of the blaze. They had been waiting until after 9 p.m. when fuel tankers and other large trucks are allowed to enter the city.

Obaidullah, a resident in the area, said the fireballs were enormous. His family and neighbors ran into their yards.

“Fire lit up the sky,” he said. Drivers were screaming for help as flames leapt from vehicle to vehicle and even set ablaze a fuel station. “Drivers were yelling that their co-drivers were stuck and were burning.”

Firefighters arrived at the scene but their capacity is limited and it took hours to bring the blaze under control. On Sunday morning, flames still leapt from the smoldering ruins.