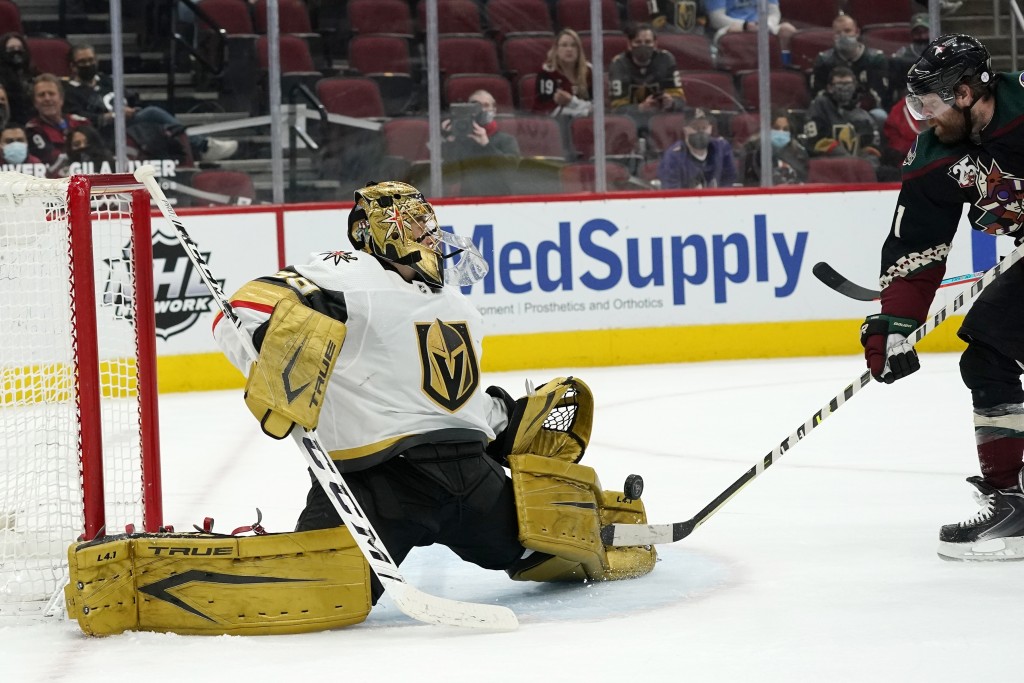 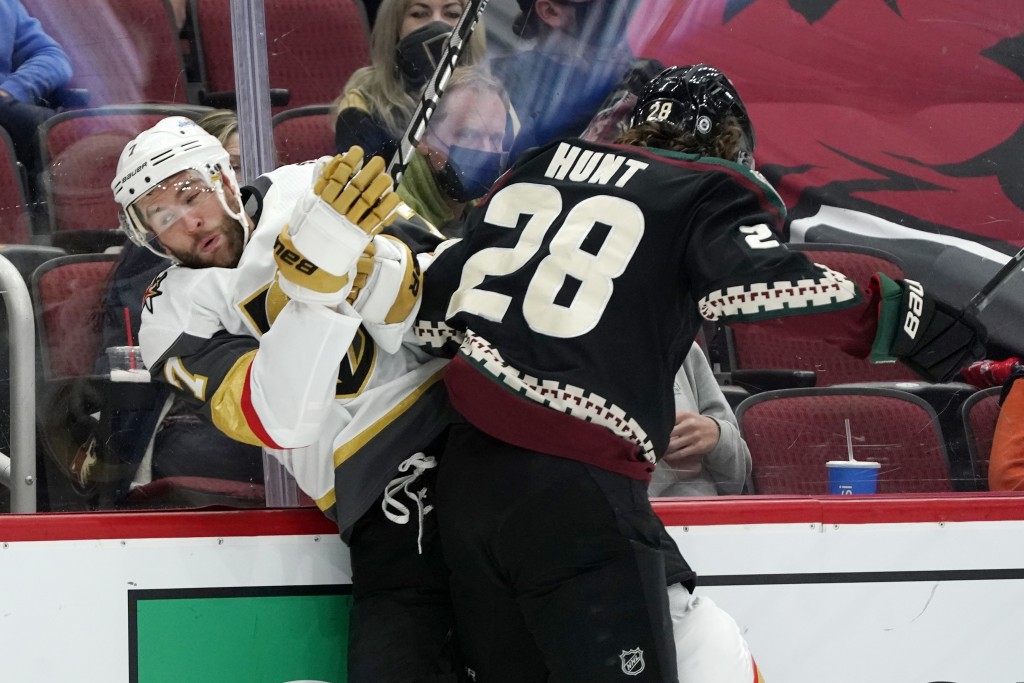 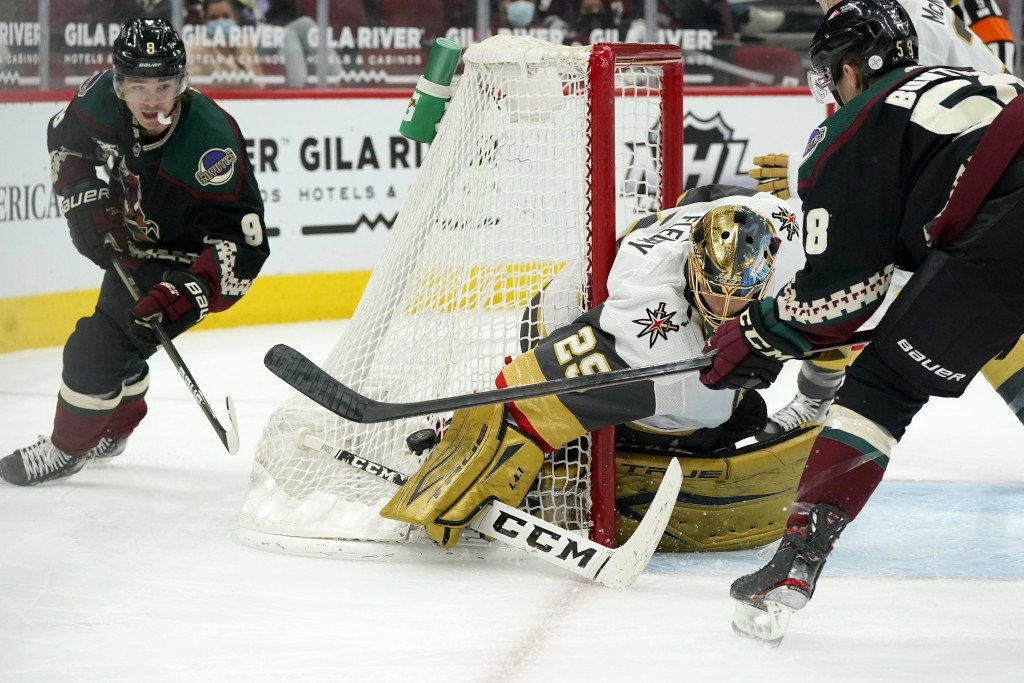 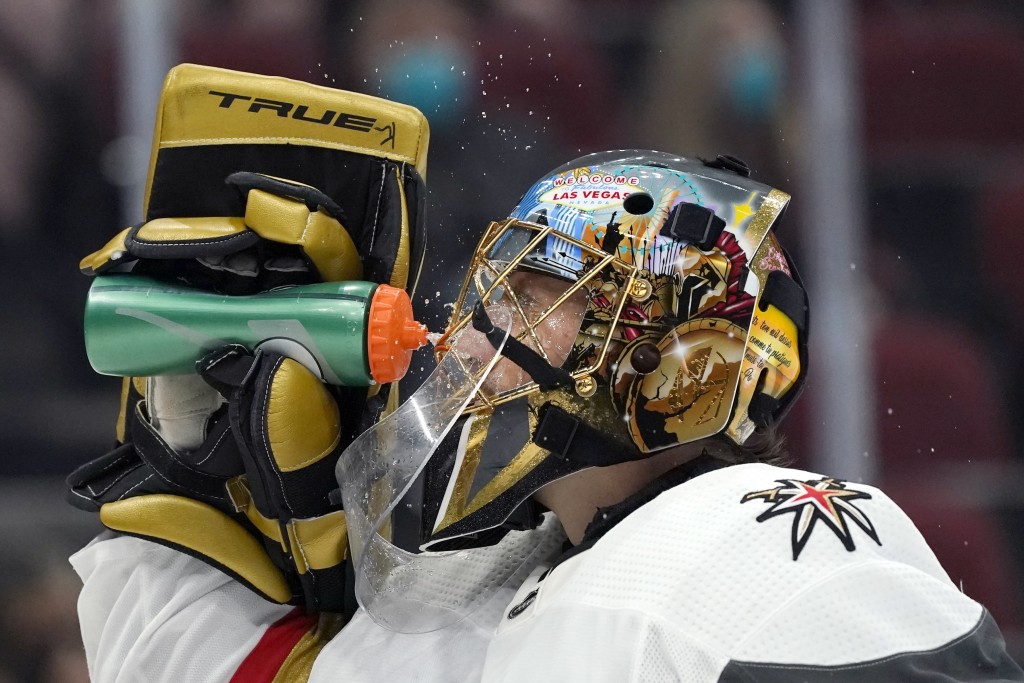 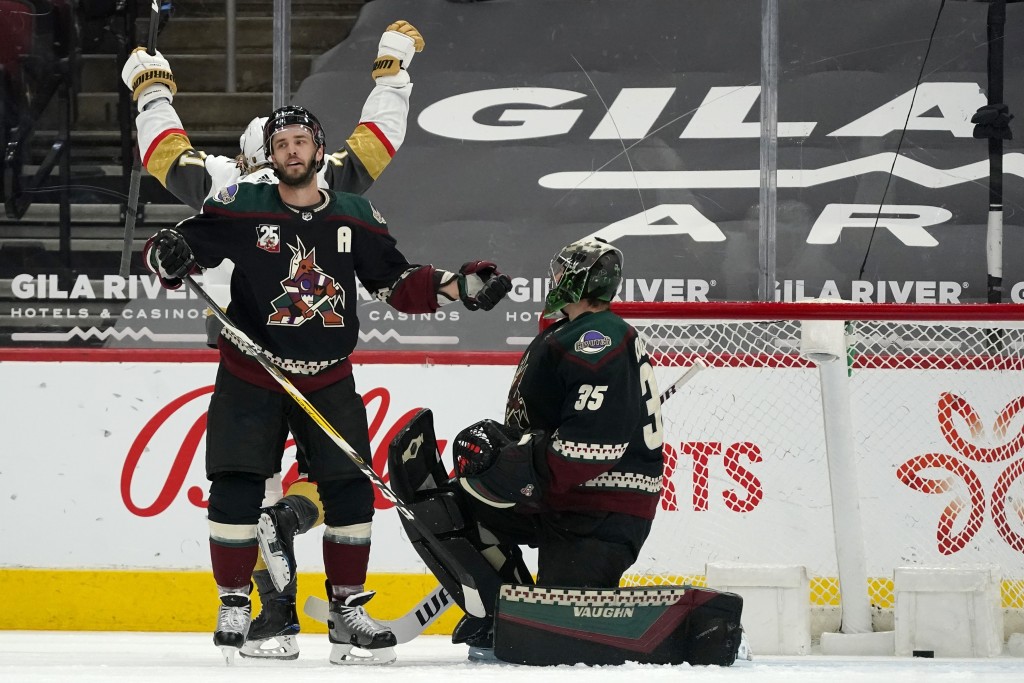 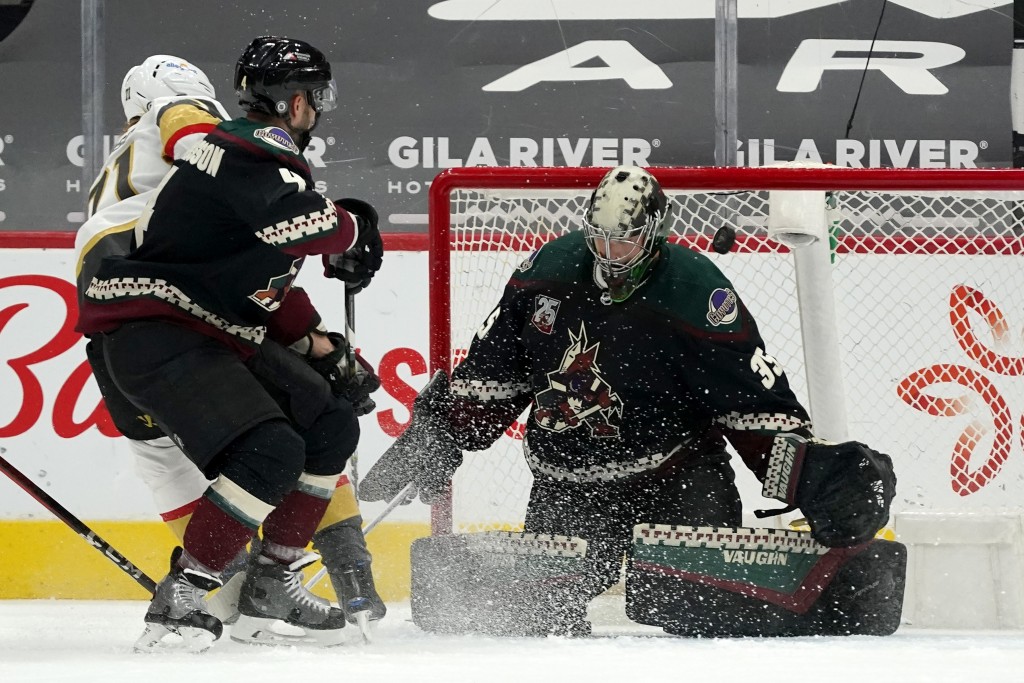 GLENDALE, Ariz. (AP) — Jonathan Marchessault scored on a power play at 3:04 of overtime, Marc-Andre Fleury moved into a tie for the third on the NHL's all-time wins list and the Vegas Golden Knights beat the Arizona Coyotes 3-2 on Saturday night.

The Coyotes got off to a slow start a night after ending the Golden Knights’ 10-game winning streak with a 3-0 win Friday.

William Karlsson and Mark Stone scored to put Vegas up, and Fleury was sharp through the first two periods.

Arizona came to life in the third period, with Christian Fischer scoring midway through and Christian Dvorak tying it on a power play with 5 1/2 minutes left.

Arizona was called for too many men on the ice in overtime and Marchessault beat Darcy Kuemper from the left circle to help Vegas maintain a four-point lead in the West Division after Colorado beat San Jose. The Golden Knights have won 11 of 12.

Kuemper stopped 31 shots for Arizona, which four points behind St. Louis for the final playoff spot in the West Division with four games left.

The Golden Knights and Coyotes played a physical game on Friday and the hits kept coming less than 24 hours later.

Vegas dominated early, firing off 14 of the first 15 shots, and Karlsson scored on a one-timer from just outside the crease on a pass by Reilly Smith.

Stone made it 2-0 with midway through the second, beating Kuemper to the glove side after an ill-advised drop pass by Arizona's Christian Fischer at the other end led to a 2-on-1. Stone eclipsed 20 goals for the eighth straight season.

Fleury stopped Phil Kessel on an early breakaway in the third period, but Fischer beat him to the stick side midway through after a puck caromed to the slot.

Dvorak tied it when he skated free through the slot on a power play and beat Fleury to the stick side.

The Golden Knights open a two-game series at Minnesota on Monday.

The Coyotes host the first of two games against the Los Angeles Kings on Monday.