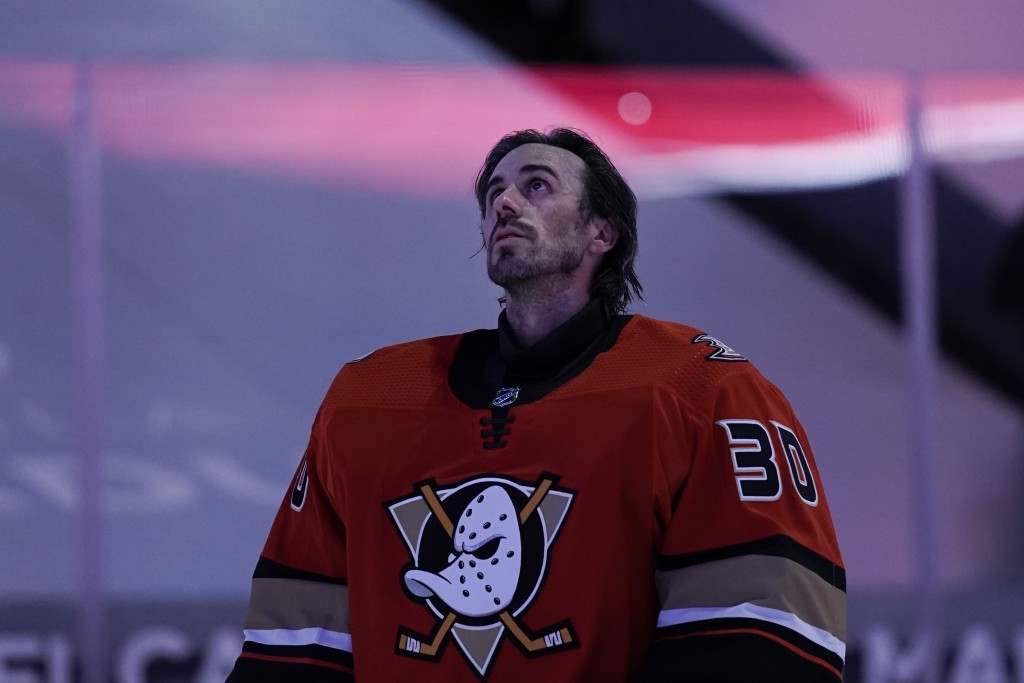 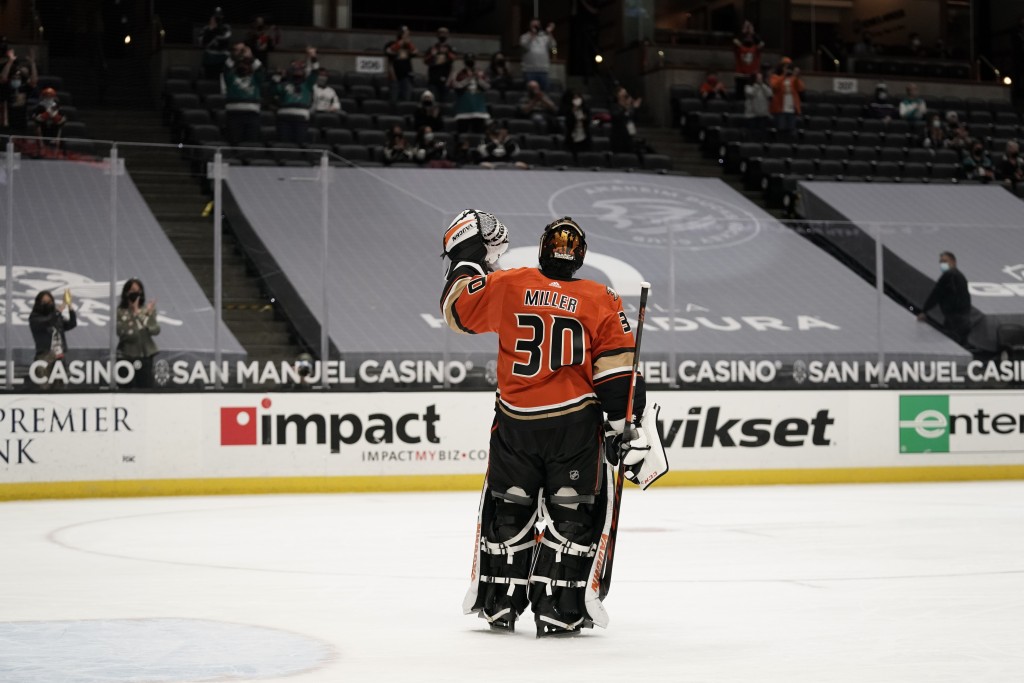 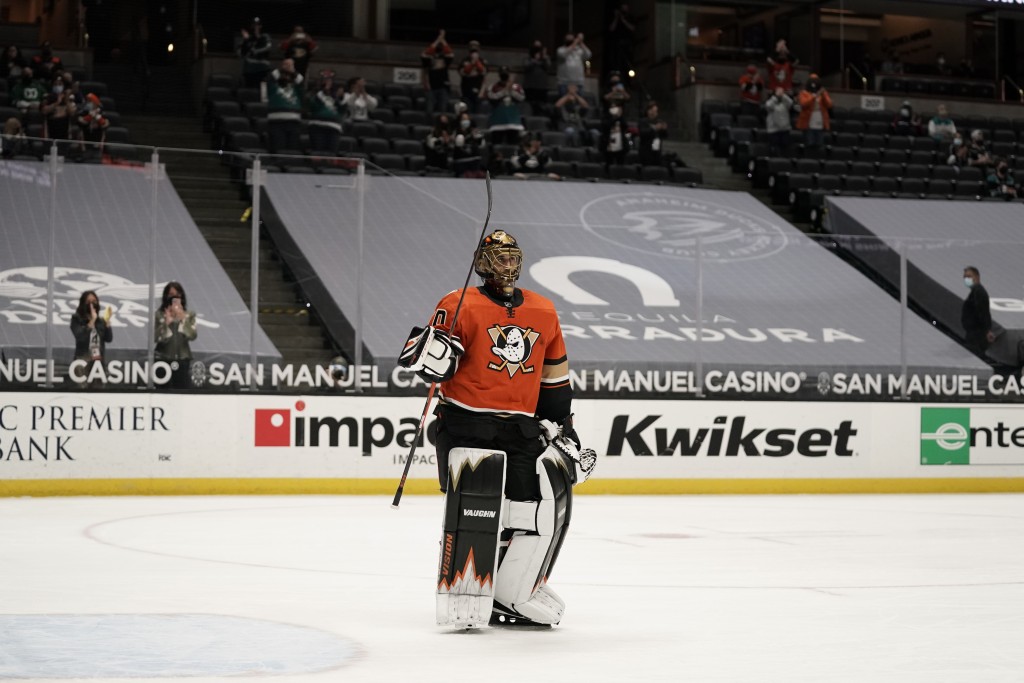 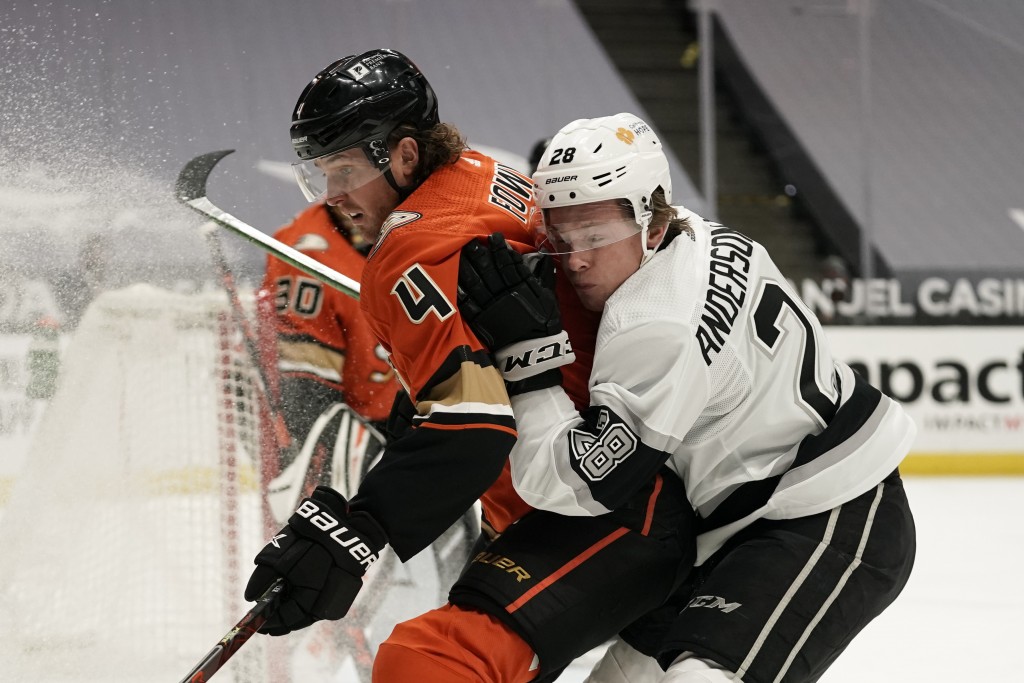 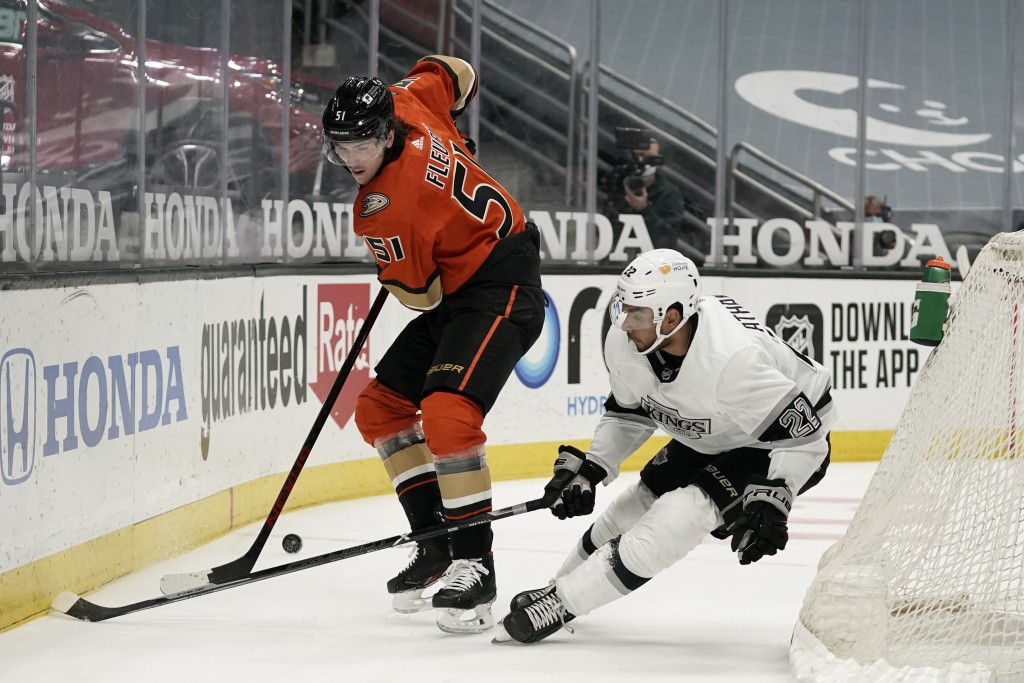 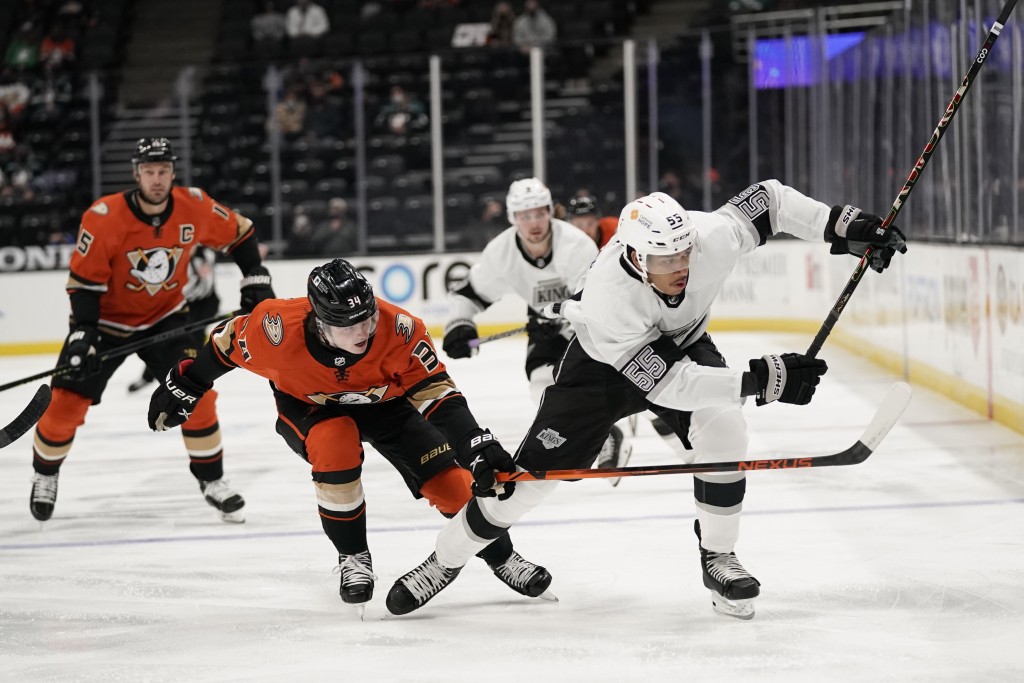 Trevor Zegras scored his second NHL goal, while Danton Heinen and Jacob Larsson had a goal and two assists apiece as the Ducks won the fourth Freeway Faceoff in six days, dominating the rivals' final meeting in an ugly Southern California hockey season.

The last-place Ducks used their home finale to pay tribute to the 40-year-old Miller, who recently announced he will retire after the season. Miller's teammates all wore versions of his No. 30 jersey during pregame warmups, and Honda Center played video clips of Miller's decorated career during the first period, culminating in a standing ovation from the crowd and both teams.

Both teams lined up to shake Miller's hand after the game, and the Ducks gathered with Miller's wife and son at mid-ice for a photo amid several standing ovations.

Max Jones, Nicolas Deslauriers and Max Comtois also had goals for the Ducks as the NHL’s lowest-scoring team matched its highest-scoring performance of the season to end its nine-game home winless streak. Anaheim hadn’t won at Honda Center in regulation since Jan. 24, going 3-17-3.

Both of Anaheim’s six-goal games this season came against the Kings and Petersen, who also gave up six on March 8.

Zegras converted a rebound of Comtois’ close-range shot for Anaheim’s first goal. The Ducks’ top forward prospect got his first goal since returning to the NHL from an AHL stint during which he prepared for his transition to center.

Just 36 seconds after Larsson wired a cross-ice pass to Heinen for his seventh goal in the second period, Derek Grant found Deslauriers with a similar cross-ice pass for his fifth goal.

Brendan Lemieux got his first goal for the Kings with 16:09 to play when Sean Walker’s errant shot bounced off his body. The goal ruined Miller’s bid for his 45th career shutout — more than any U.S.-born goalie except Jonathan Quick, who watched this game from LA’s bench.

The winningest American-born goalie in NHL history, Miller is the only player in hockey history to be named the top goalie in the NCAA, the AHL, the Olympics and the NHL. He won the Vezina Trophy in 2010 with Buffalo, and he was the outstanding player of the 2010 Winter Olympic tournament in Vancouver while leading the U.S. to silver medals.

Although the Ducks' offense had an outstanding game and pulled into a tie with Detroit for the NHL's fewest goals (115), Anaheim's power play is close to the worst in NHL history with just a few games to play.

Kings: At Coyotes on Monday.

Ducks: At Blues on Monday.