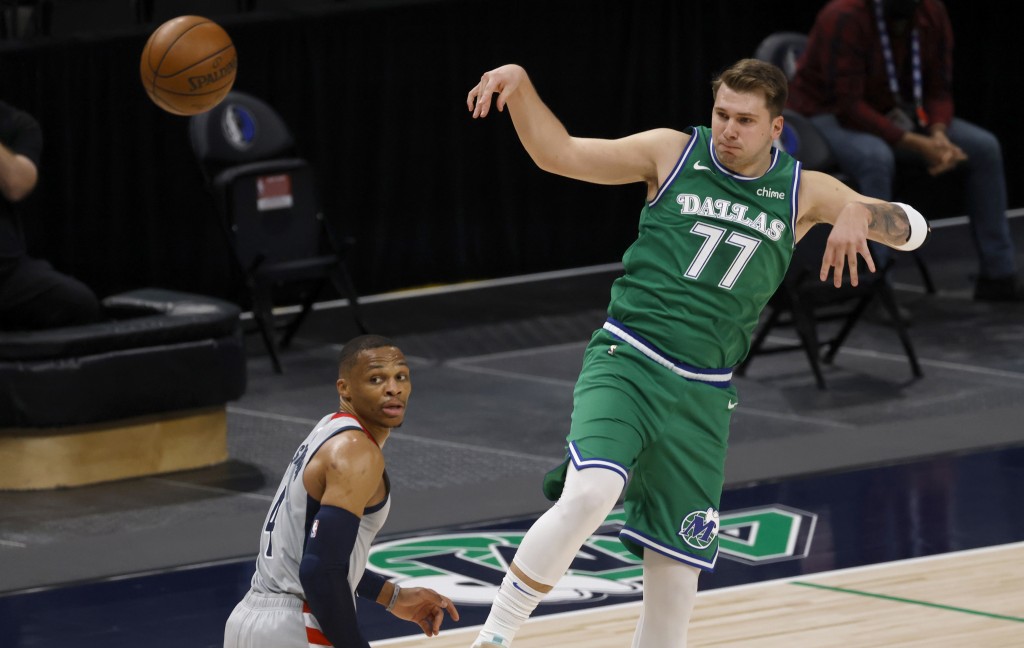 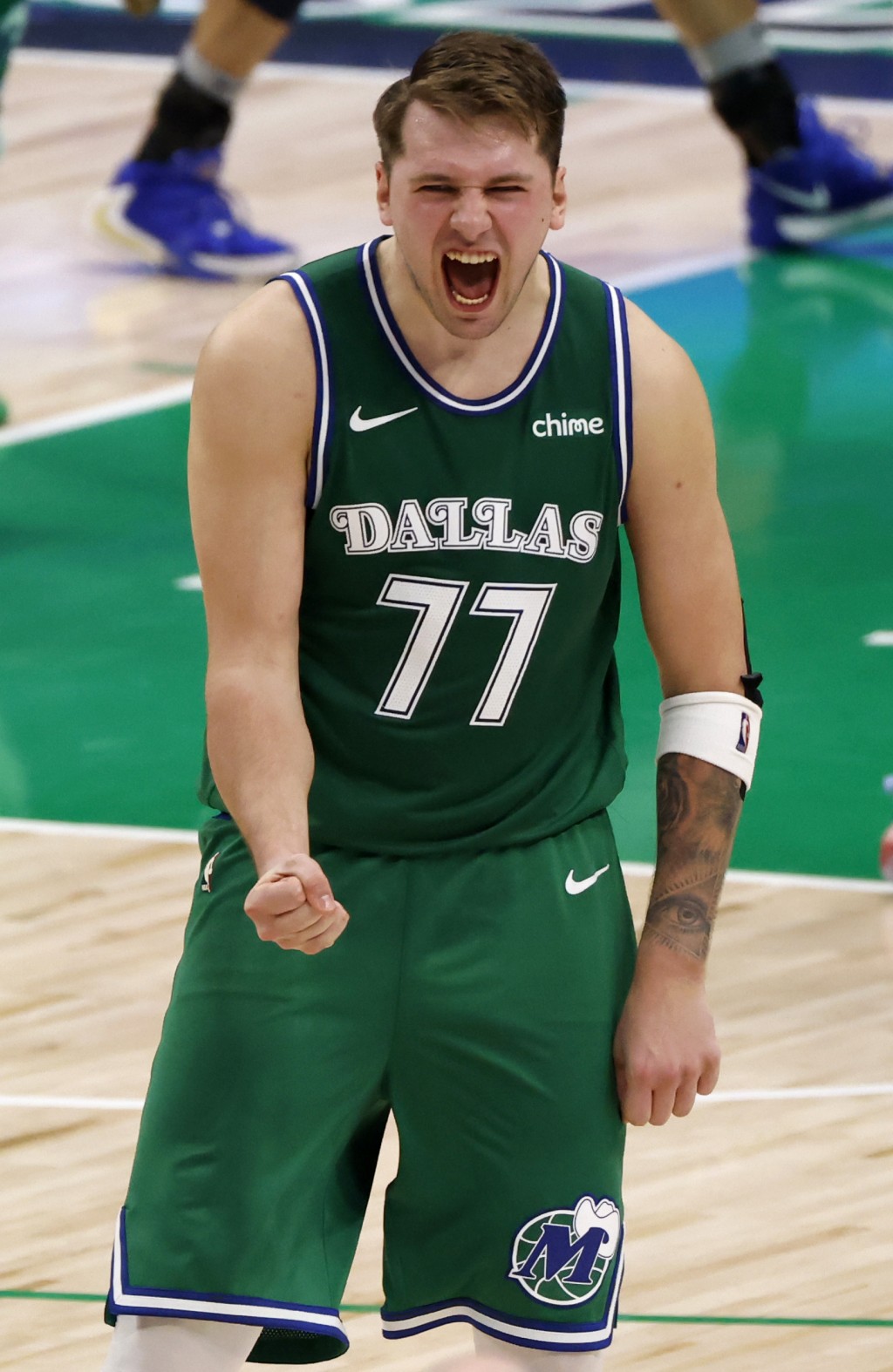 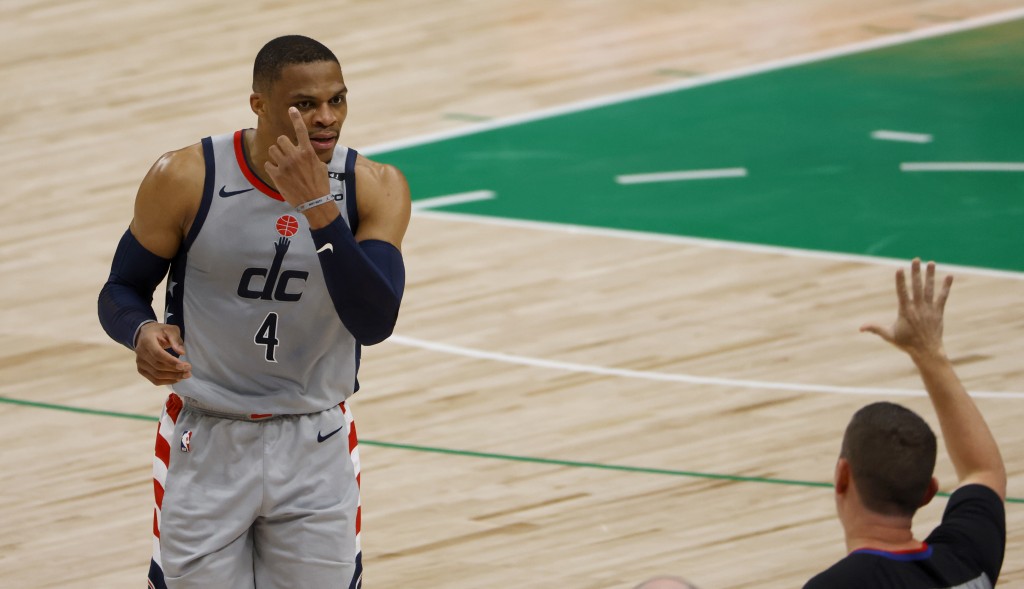 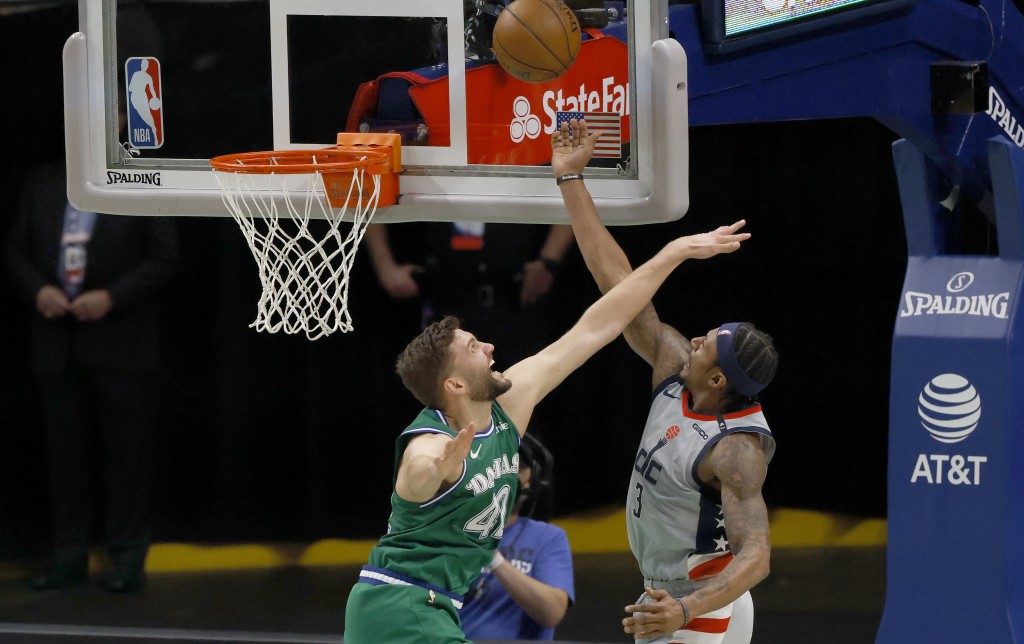 DALLAS (AP) — Dorian Finney-Smith hit a go-ahead 3-pointer in the final seconds, Luka Doncic ended his longest stretch without a triple-double since his rookie season and the Dallas Mavericks won a 125-124 thriller over the Washington Wizards on Saturday night.

Doncic finished with 31 points, 12 rebounds and a career-high 20 assists, the last to Finney-Smith in the right corner for the lead with 9.2 seconds remaining.

Dallas pulled even with the Los Angeles Lakers for the fifth seed in the Western Conference while improving to a season-high nine games over .500.

Russell Westbrook had 42 points, 10 rebounds and nine assists for the Wizards, who lost for just the third time in 15 games in a surge that has put them in position to make the play-in tournament in the Eastern Conference.

Bradley Beal scored 29 points while breaking three ties in the final two minutes, the last time on a pair of free throws for a 124-122 lead with 26 seconds remaining. Finney-Smith then hit his sixth 3-pointer in nine attempts. He scored 22.

Beal missed an open 3-pointer at the top of the key just before the buzzer, and Doncic grabbed the rebound before tossing the ball over his head behind him to avoid a foul call as the buzzer sounded.

Doncic had gone 21 games without a triple-double, his longest stretch since needing 44 games to get his first as a rookie in 2018-19.

Dallas led by 18 points in the first half, then trailed by eight to start the fourth quarter. There were four ties in the last four-plus minutes.

Doncic was again without European sidekick Kristaps Porzingis, out with right knee soreness after coming out of a game in Detroit two nights earlier. Coach Rick Carlisle said Porzingis would miss the second night of a back-to-back Sunday against Sacramento.

Maxi Kleber topped his previous season high for a game in the first half, scoring all of his 17 points while also hitting a season-best five 3-pointers before the break. The German’s previous game high was 16.

Wizards: Westbrook's other 23-point half came in the second half of a 125-119 loss to Milwaukee on March 13. ... Beal was called for a technical foul for complaining that a foul wasn't called when he made a layup with 2.5 seconds left in the first half. Josh Richardson made the free throw to put Dallas ahead 70-65 at the break.

Mavericks: Porzingis, battling the same knee that forced him to miss the first nine games recovering from offseason surgery for a torn meniscus, was out for the 23rd time. “Things are moving in a good direction,” coach Rick Carlisle said. “He really is diligent about his work, his rehab work.” ... Tim Hardaway Jr. had 16 points two nights after scoring a career-high 42 in a 115-105 win at Detroit with Doncic resting a sore left elbow.

Wizards: Indiana visits Monday before Washington goes on a five-game trip that matches the second-longest of the season.

Mavericks: Sacramento visits Sunday to complete a span of five games in seven days for Dallas.