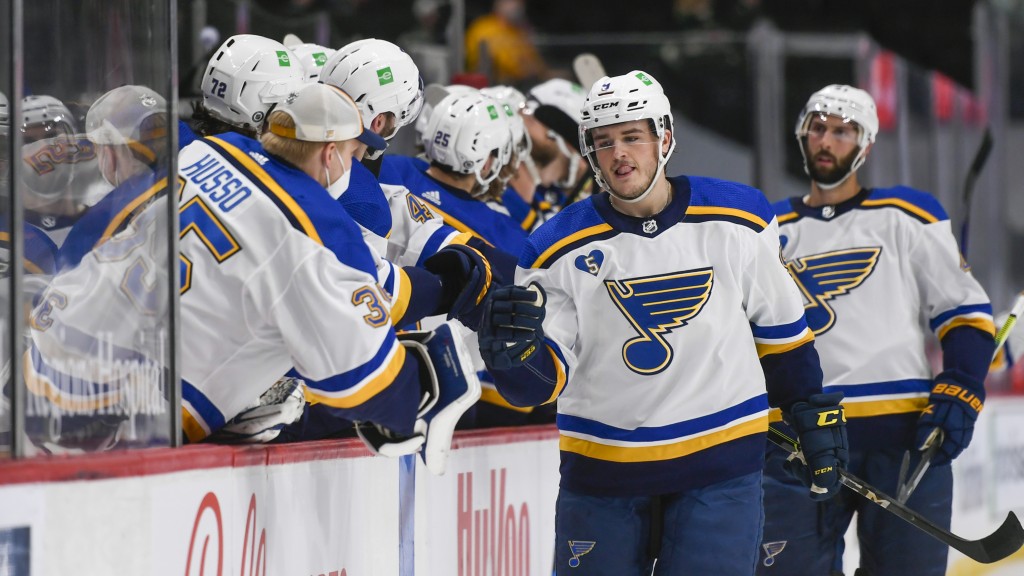 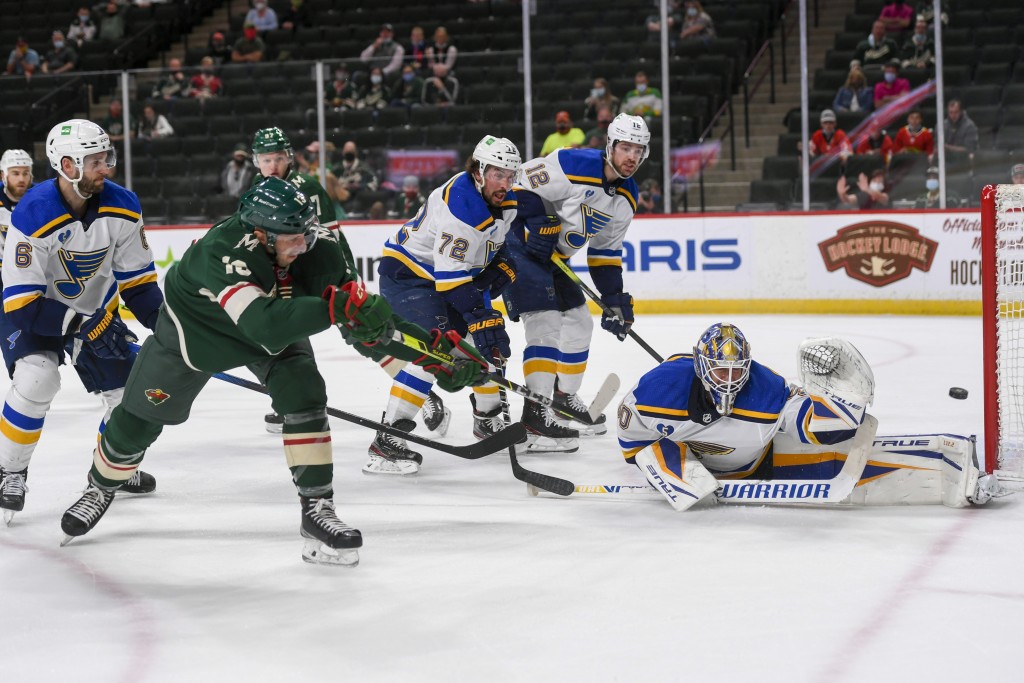 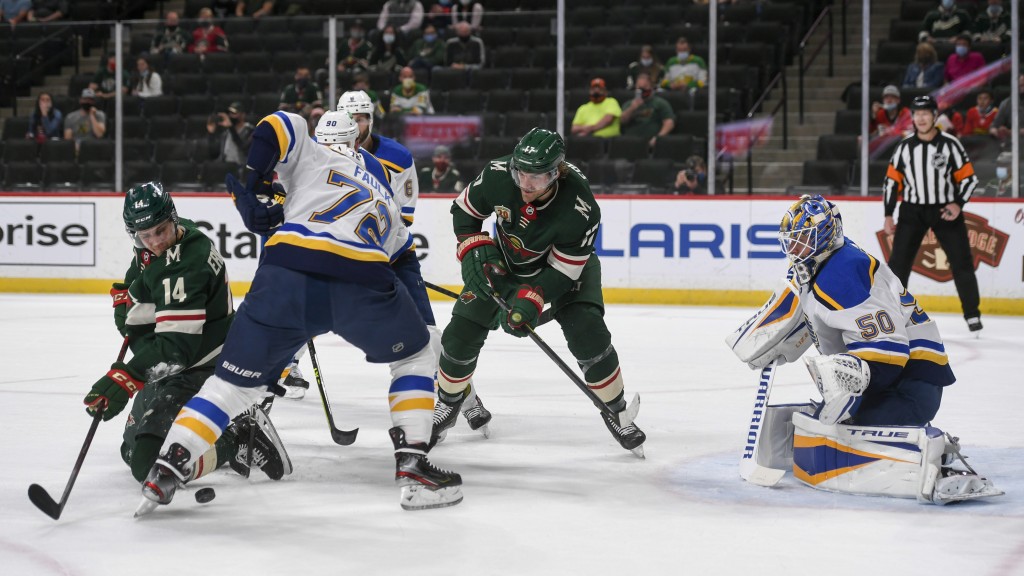 Nico Strum and Jonas Brodin scored late in the third period to force overtime for Minnesota, which won for the first time in three games. Mats Zuccarello had a goal and an assist.

Jordan Kyrou, Sammy Blais and David Perron scored and Binnington made 34 saves as the Blues lost for the first time in five games.

In the extra period, Fiala carried into the St. Louis zone, passed to Zuccarello, quickly got it back and beat Jordan Binnington.

Sturm scored on a tip in the slot with 5:51 remaining in the third to get the Wild to 3-2, and Brodin scored with 59.1 seconds left in regulation. The Wild twice rallied from two-goal deficits in the third period Thursday before losing in overtime.

Minnesota began play two points behind Colorado for second place in the division. The Wild is now 15 up on the Blues for third. St. Louis leads Arizona by three points for fourth.

St. Louis scored twice in less than two minutes late in the opening period from about the same spot.

Kyrou beat Kappo Kahkonen from low in the right circle, and 1:49 later, Blais gathered a loose puck below the goal line, skated out uncontested and scored on the short side.

Kyrou has two goals and three assists in the three-game series after contributing just two assists in his prior 14 outings.

Binnington stopped Zach Parise on a breakaway and rebound early in the second period but couldn’t stop a one-timer from Zuccarello a couple minutes later off a blind pass near the corner from Kirill Kaprizov to make it 2-1.

Wild: Host Vegas on Monday in the opener of a two-game series.