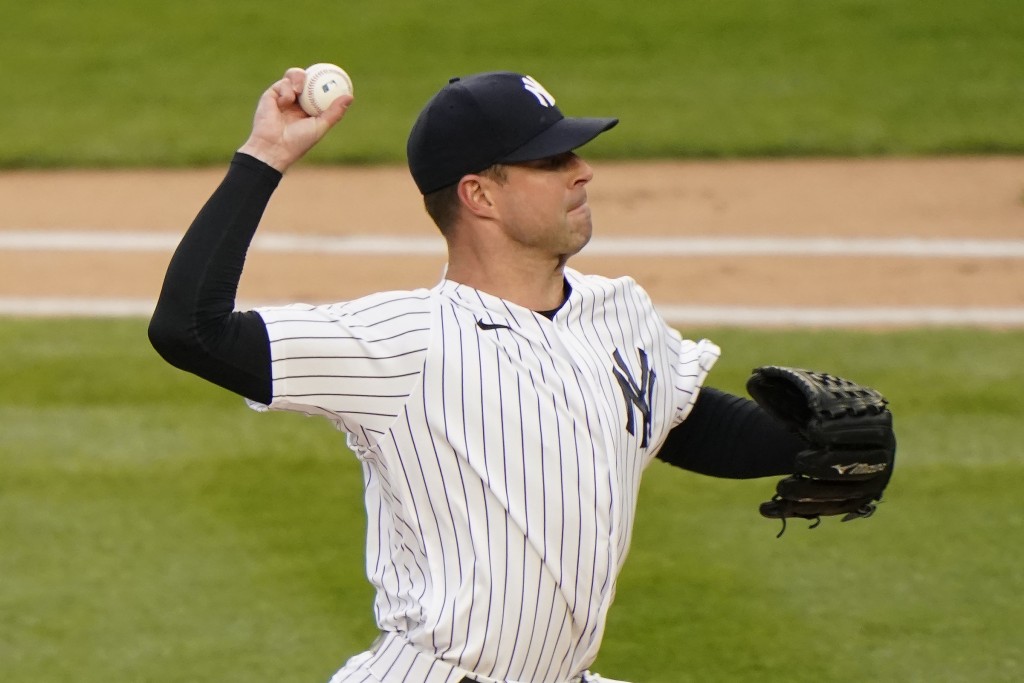 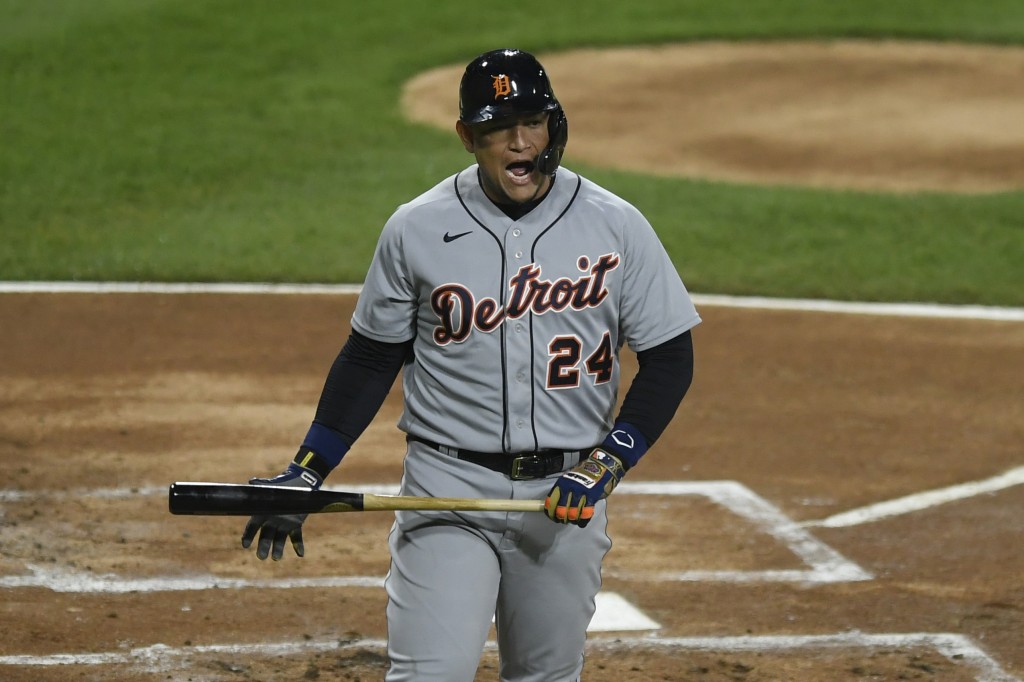 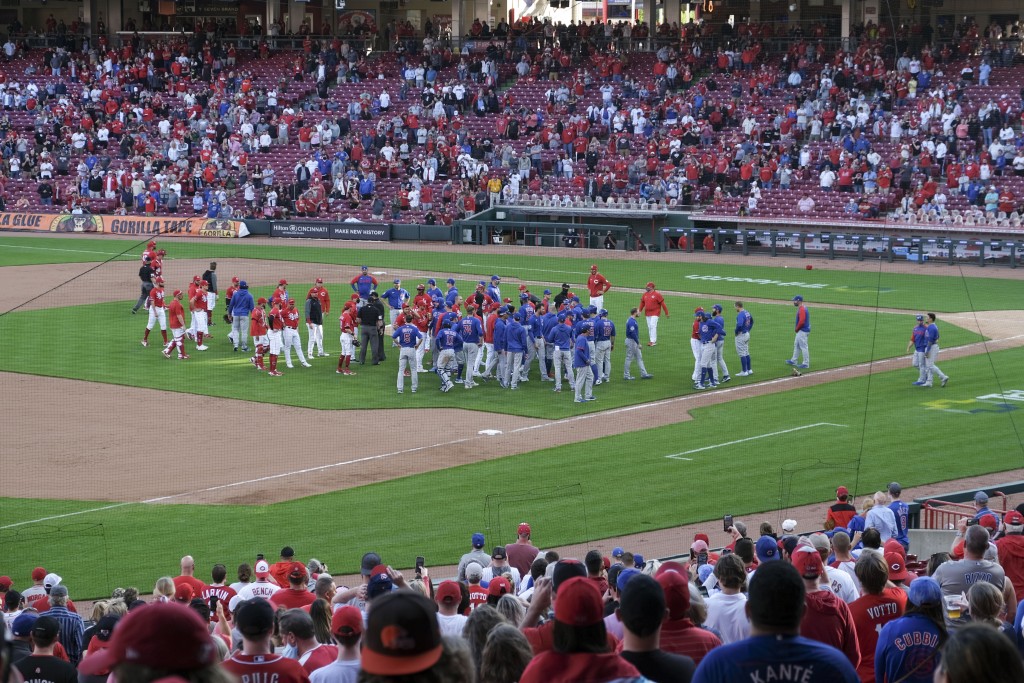 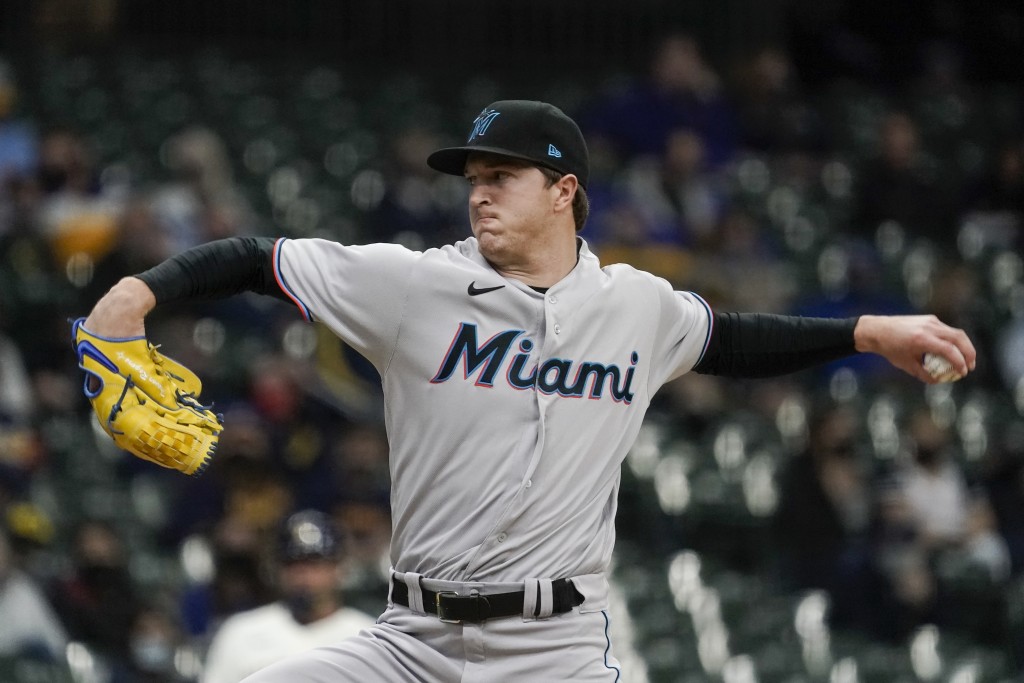 A look at what's happening around the majors on Sunday:

Corey Kluber goes for his 100th career victory when he starts for the Yankees at home against Detroit.

The 35-year-old Kluber (1-2, 4.15) is 99-60 in a big league career that started in 2011. The two-time AL Cy Young Award winner has posted just three wins in the last three years with Cleveland, Texas and New York while beset by injuries.

Kluber faces the worst-hitting team in the majors. The Tigers have a team batting average of just under .200 — former Triple Crown winner Miguel Cabrera went 0 for 5 on Saturday and fell to .125.

A couple of NL East rivals play the rubber game of their three-game series in prime time when slumping Francisco Lindor and the New York Mets visit Philadelphia. Bryce Harper could be back in the Phillies’ lineup -- he’s missed three straight games since getting hit in the face and right wrist by a pitch Wednesday in St. Louis. Harper was ejected from Saturday night’s loss after arguing a questionable call at second base from the top step of the dugout.

David Peterson (1-3, 5.59 ERA) pitches for New York against Zach Eflin (1-1, 3.58). Tempers have flared between the teams twice already this season, including Friday night.

The Cubs and Reds are back at it in Cincinnati after a heated exchange Saturday. Reds reliever Amir Garrett struck out Anthony Rizzo with one out in the eighth and celebrated by punching himself in the chest several times, and he appeared to yell something in Rizzo’s direction. Javier Báez yelled at Garrett from the Chicago dugout and Garrett took a few steps in that direction, prompting both benches and bullpens to empty.

“I really don’t know what happened with their team,” Cincinnati manager David Bell said. “This is an emotional game and Amir has been struggling. I know Amir was talking to himself. He was emotional. I think they misinterpreted it.”

No punches were thrown and there were no ejections.

“I think Garrett’s an emotional guy,” Cubs manager David Ross. “He hasn’t had the greatest start to the season. He struck out Anthony and was screaming and raging. That’s his character. He’s trying to fire himself up, because he’s not throwing that well right now.”

Rookie left-hander Trevor Rogers has been a bright spot for the Marlins, going 3-1 with a 1.29 ERA in April. The 23-year-old struck out 38 in 28 innings over five outings.

He’ll start at Nationals Park against Max Scherzer (1-2, 3.00), who allowed seven runs over five innings in a loss to Toronto his last time out.