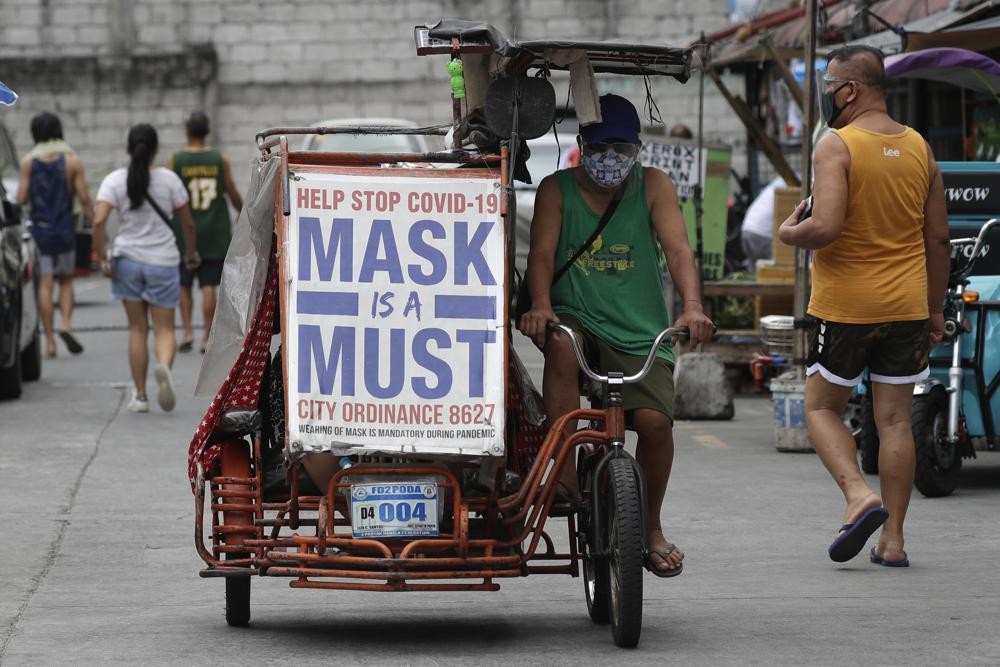 TAIPEI (Taiwan News) — Taiwan confirmed on Saturday (May 1) three new COVID-19 cases imported from the Philippines and Indonesia and one domestic infection, bringing the nation's total to 1,132.

Case No. 1,130 is a fisheries worker from the Philippines in his 40s who arrived in Taiwan on April 16, the Central Epidemic Command Center (CECC) said. He tested positive for the coronavirus just before leaving quarantine, though he had been asymptomatic throughout and had no contacts during his stay in Taiwan.

Case No. 1,131 is a Taiwanese man in his 40s who left the country in December to work in Indonesia. He returned to Taiwan on March 28, spent the required period in quarantine, tested negative, and returned home.

However, when he prepared to leave the country again, he underwent another test on April 30 which was positive. Four people were listed as his contacts, according to the CECC.

Another Taiwanese man in his 40s was listed as case No. 1,132. He left Taiwan to work in the Philippines in March 2020 but started showing COVID symptoms from March 13-19 of this year.

He tested positive in the Philippines on March 20, but tests on April 11 and April 12 showed negative results. The man arrived in Taiwan on April 15, and his final test before leaving quarantine turning out positive Saturday.

He has not shown any symptoms during his stay in Taiwan and has not been in contact with anyone apart from medical staff.

Saturday’s three new imported cases and single new domestic infection mean that Taiwan has registered 1,132 coronavirus cases. They include a total of 996 imported cases, 88 local ones, 36 originating from the Taiwan Navy’s "Goodwill Fleet," two infected on board a flight, one case classified as unresolved, and nine cases still under investigation.

A total of 12 people have died of the coronavirus in Taiwan, and 67 patients are still being cared for at hospitals, with 1,053 having been released from care. One patient, No. 530, was later dismissed from the COVID list, explaining why the latest of Saturday’s new patients was labeled as case No. 1,133.