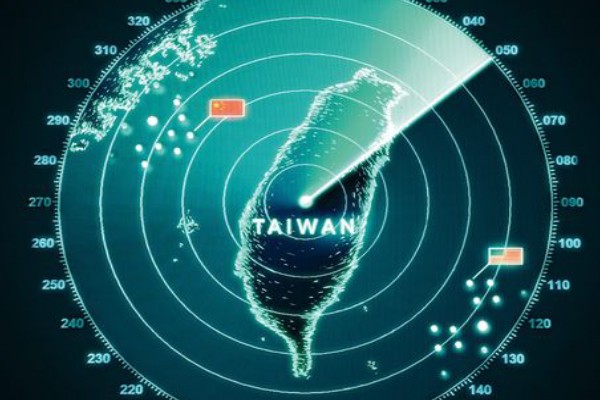 TAIPEI (Taiwan News) — Taiwan is featured on the cover of The Economist's latest issue due to its precarious future as the U.S. and China vie for dominance in the region.

The cover picture places Taiwan at the center of a radar screen, sandwiched between the American and Chinese flags. The British magazine suggests that Taiwan's fate is at the mercy of the two superpowers.

Since former U.S. President Harry Truman announced that the U.S. would defend Taiwan from attack by the Chinese regime after the Korean War broke out in 1950, the presence of the U.S. military in the region has deterred a potential all-out war between Taiwan and China — which are separated by only about 130 kilometers.

However, the American military deterrent has waned, as China has in recent decades boosted its armed forces and weapons stockpiles. A 25-year shipbuilding campaign has led to 360 ships in China's People’s Liberation Army Navy, outnumbering the U.S.' 297, The Economist pointed out.

According to the article, China's rhetoric toward Taiwan contains new notes of impatience, partly because of the collapse of “one country, two systems” in Hong Kong over the past two years and due to deepening Taiwanese mistrust of Beijing. If China's leaders deem peaceful unification impossible, they may try to take Taiwan by force.

During a Senate hearing in March, the head of the U.S. Indo-Pacific Command, Admiral Phil Davidson, warned that China's new warships, planes, and rockets aim to supplant the U.S. and its allies from their preeminent position in the world order. The admiral also believes China could invade Taiwan within the next six years.

On the other hand, The Economist suggests that China does not feel like a country on a war footing. Reports from high-level talks between U.S. and Chinese officials in March indicated that the Chinese had "inflexible talking points on Taiwan, but used no new language that showed unprecedented urgency."

The magazine concluded that though some scholars believe the Biden administration would take part in any war over Taiwan and deter an invasion by China, saying so could provoke the Chinese Communist Party into taking rash action.

As for Chinese military aircraft, which have entered Taiwan's air defense identification zone more than 270 times in recent months, a senior Taiwanese diplomat told The Economist that they might be a test for the new Biden administration. Meanwhile, the Chinese will likely "continue to push," as it knows that Taiwan will not fire the first shot.