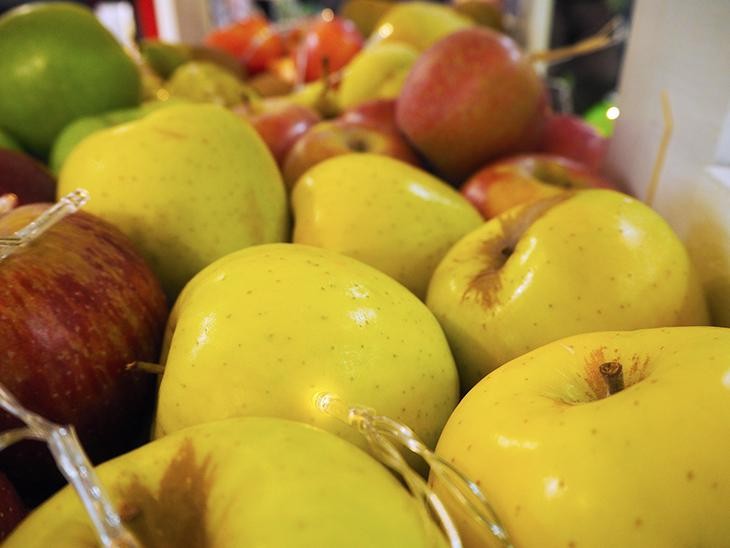 The event took place at Shangri La's Far Eastern Plaza Hotel Thursday evening and was organized in partnership with the Polish Investment and Trade Agency (PAIH) and the National Support Centre for Agriculture, according to a Polish Office press release.

In his opening remarks, acting Polish Office head Bartosz Rys said, “We believe that Polish apples will find loyal and satisfied buyers among Taiwanese people. The main reason for that is a very strong position of Poland among the world’s top apple producers and exporters.”

“The Polish agricultural sector is capable of meeting the most various demands and preferences. Poland is currently producing and exporting more than 60 kinds of apples, which have different colors, sizes, tastes, and shapes and can be collected during different seasons of the year,” Rys said, adding that “Polish apples are not only sold as a raw product for individual consumption but are also available as a processed product used as an ingredient for other food products.”

Taiwan allowed the import of Polish apples in November 2019. As of today, 15 Polish companies have been approved to export the fruit to the East Asian nation.

Besides Taiwan, Poland’s flagship product has been widely welcomed and appreciated in 76 other countries around the world, including Germany, the United Kingdom, France, the Netherlands, Belarus, Egypt, Kazakhstan, the United Arab Emirates, and Thailand, the press release stated.

In 2019, Poland produced more than 3 million tons of apples, accounting for nine out of 10 fruits collected in Polish orchards. Apples comprise 75 percent of Poland’s fruit exports.

Among EU member states, Poland is the largest apple exporter and is responsible for almost 30 percent of total EU apple exports.

In addition to Thursday’s event will be B2B sessions at the PAIH trade office from May 5-6. Those interested can contact Michalina Jendrzejczyk at michalina.jendrzejczyk@paih.gov.pl.