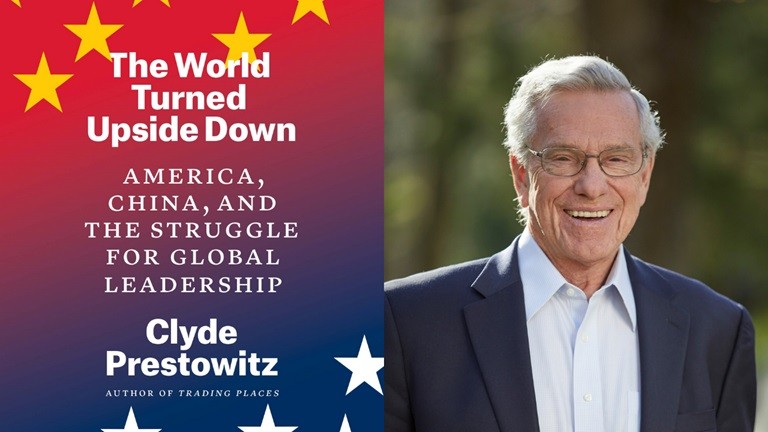 TAIPEI (Taiwan News) — Looking back at what is increasingly becoming known as the "first" Cold War, the challenges the average American faced from the former Soviet Union during that era were actually more limited than the challenges they now face from what some are billing the "New Cold War" with China.

True, every person at that time had to live with the constant threat of mutually assured destruction during the Cold War that lasted after the end of World War II in 1945, up until the Soviet Union’s demise in 1991. Moreover, the competition between the U.S. and the USSR was truly global in nature rather than focused on one region, Asia, which is where China projects most of its power.

However, aside from the political and military rivalry between the two then-superpowers, the U.S. did little trade with the Soviets. There were very few USSR firms competing with American enterprises for global dominance.

That is not the case with Cold War 2.0. It is hard to downplay the impact that a more aggressive China under the rule of the Chinese Communist Party (CCP) has had on nearly every American, on a near daily basis. It has been more than two decades since the world welcomed China to the World Trade Organization (WTO), and encouraged it to expand into global markets, including the offices and homes of many Americans.

The result is that Americans now find that their jobs or companies either depend on China or are threatened by it. This is not limited to simply the auto or consumer electronics industries, which was the case when the U.S. felt pressure from a then-rising Japan in the 1980s.

Instead, Beijing has sought to dominate a raft of industries by supporting local firms, as they first learn from and then wrestle global market share away from their often forced-joint-venture foreign partners. This threat is embodied in China’s "Made in China 2025" initiative, which aims to dominate the key industries of the future.

Outside of job security, a quick trip to many stores in the U.S. will find products on shelves that often have the words "Made in China" on them. This provides an obvious measure of how much the global supply chain has become dependent on China. It does not stop there.

The prices of those products and services are influenced by China, too, due to its huge buying power and production capabilities. Meanwhile, the value of the money used to purchase products from China is impacted, given Beijing’s vast holdings of American debt, which keeps our interest rates low.

Even now, Beijing hopes its currency, the renminbi, can replace the greenback. It is creating a digital currency, which could weaken the U.S. dollar's power as the dominant currency internationally. No-one can ignore China and its impact on the U.S., the world economy, and global trade.

It is amid this reality that former counselor to the U.S. Secretary of Commerce and labor economist Clyde Prestowitz has written his latest book, "The World Turned Upside Down: China, and the Struggle for Global Leadership."

It is noteworthy that Prestowitz served not only as commerce secretary under former U.S. President Ronald Reagan but also as vice chairman of former U.S. President Bill Clinton’s Special Commission on Trade and Investment in the Asia-Pacific Region. This gives an idea of his ability to work on both sides of the political aisle.

As such and understanding how pervasive the impact of China has become on nearly every American, Prestowitz’s work speaks to everyone, as he shares his deep knowledge of U.S. economic and trade policy, as well as U.S.-China relations.

Prestowitz offers a thorough yet concise look at how we got here, from historical and ideological perspectives, in both the U.S. and China. With the book coming in at just under 300 pages, it can be read quickly and provides enough information for anyone to grasp the whole picture.

It will not bog the reader down with too much history, which is never easy when looking at China. It also does not overdo complicated economic or philosophical arguments on the economy, trade relations, or foreign policy.

As such, and despite its hard-hitting, no-punches-pulled style, it is definitely G-rated and intended for all audiences. For those high-level policymakers who may know the author personally, Prestowitz’s important policy recommendations will prove thought-provoking, as Washington tries to plot a course toward rejuvenation and security.

Meanwhile, those in the world of business will gain a better understanding of how their company or industry lobbying efforts have had a broader, more problematic impact on the larger U.S. economy and their fellow citizens. For the rest of the U.S. public, this book helps them understand not just the challenges they face from China's ascent but, more importantly, encourages them to make tough decisions on which policies to support for the their own good, as well as for America’s future.

This need for the average citizen to better understand the challenges we face from China is critical. Given the U.S.' form of representative government, which is intended to be of, by, and for the people, elected officials perform more responsibly when they respond to the concerns of the public.

Absent of such concerns being voiced — either by a public that does not understand the challenges, or else cares little about them — Prestowitz demonstrates that Americans are saddled with two undesirable potential outcomes: Either our public policy is made at the behest of the highest bidder, or it is instead driven by ideological beliefs that may not be reflective of the realities at home and abroad.

Perhaps the most important role of Prestowitz’s book is to challenge readers to make important decisions about the U.S.' future and how the nation should work with China and even the world. Should the U.S. continue to support long-held policies such as free trade?

Should the U.S. continue to engage China in the hope that it will change to a more open nation economically, even if it is less open politically? Or, should the U.S. risk the likely disruption that will occur by protecting and investing in its own industries at home rather than seeking the long-argued benefits that come from free trade?

There are no easy answers, and any of these courses will entail both readjustments and pain. However, the true value of Prestowitz’s understanding of tough economic and trade dilemmas is to provide readers with an understanding of the realities that are based on history, rather than simply relying on hopes that are underpinned by economic theories.

As we enter a critical period for the future of the U.S. and its relations with China, "The World Turned Upside Down: China, and the Struggle for Global Leadership" will assist readers in deciding what course of action needs to be taken to ensure the U.S.' long-term sustainability,

Chris Cottorone is vice president of TriOrient Investments; president of the IMBA Alumni Association; and member of the Capital Markets, Private Equity and Asset Management committees, at American Chamber of Commerce in Taipei. He lives in Taiwan and has worked in the Greater China region since 1988.