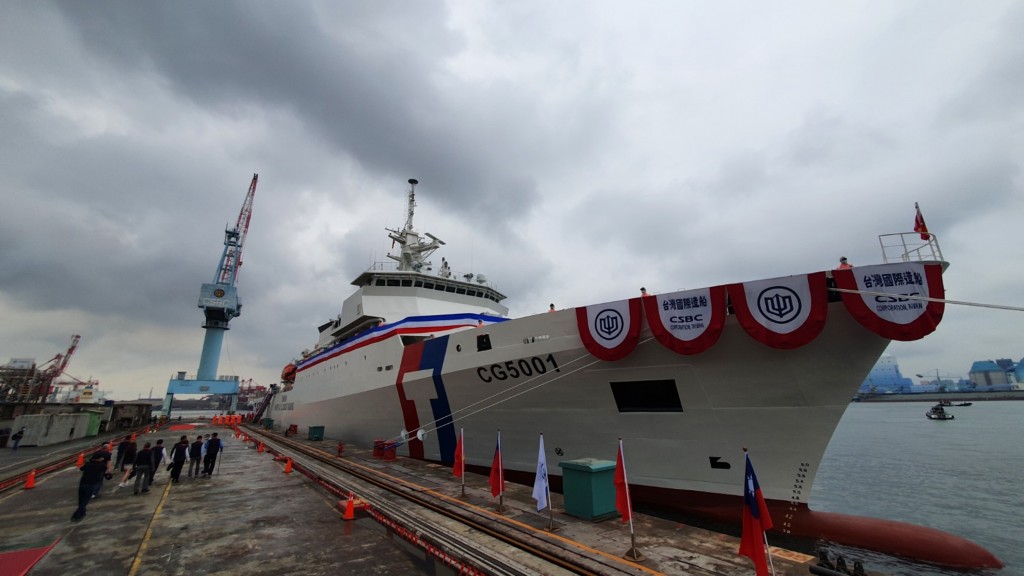 The ship, rolled out at CSBC Corporation, Taiwan's wharf in Kaohsiung, is the first of four ships ordered by the CGA at a total cost of NT$10.4 billion (US$373.3 million).

The frigate’s water displacement is 5,044 tons, and the vessel can withstand strong winds and has a cruising range of 10,000 nautical miles, CNA reported. The “Chiayi” comes equipped with three high-pressure water cannons, each with a reach of 120 meters.

While the frigate can be converted into a combat ship in wartime, it also boasts medical facilities to assist with humanitarian missions, CSBC officials said.

As part of the government’s efforts to promote the local manufacturing of weapons systems, the company is also working on six 1,000-ton patrol ships and a set of 15 100-ton rescue vessels, five of which have already been delivered to the CGA.

At the handover for the “Chiayi” Thursday, Tsai pointed out the ship carries the word “Taiwan” on its flank, allowing shipping traffic to understand what the frigate represents. She also mentioned a recent memorandum of understanding signed with the United States, which she said would improve the protection of maritime resources, the fight against crime, and the search for disaster victims.