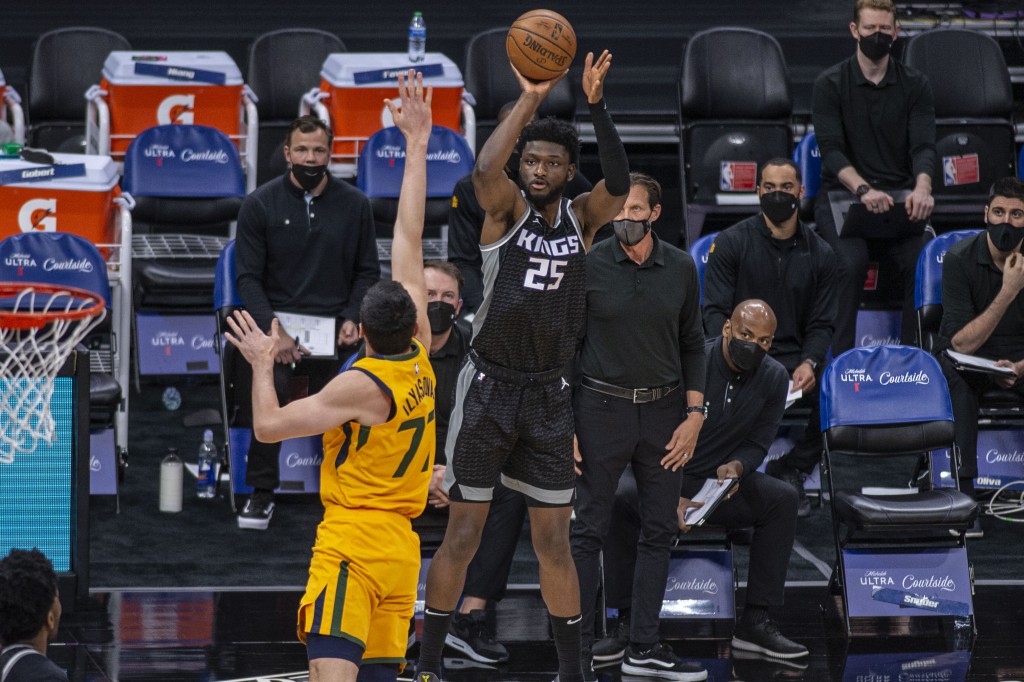 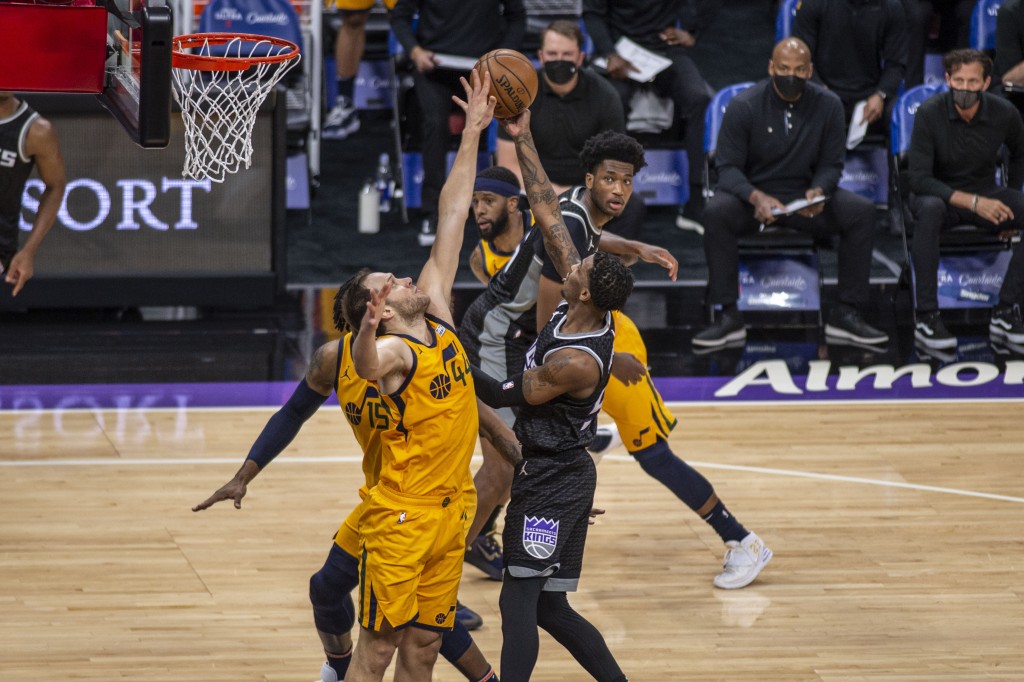 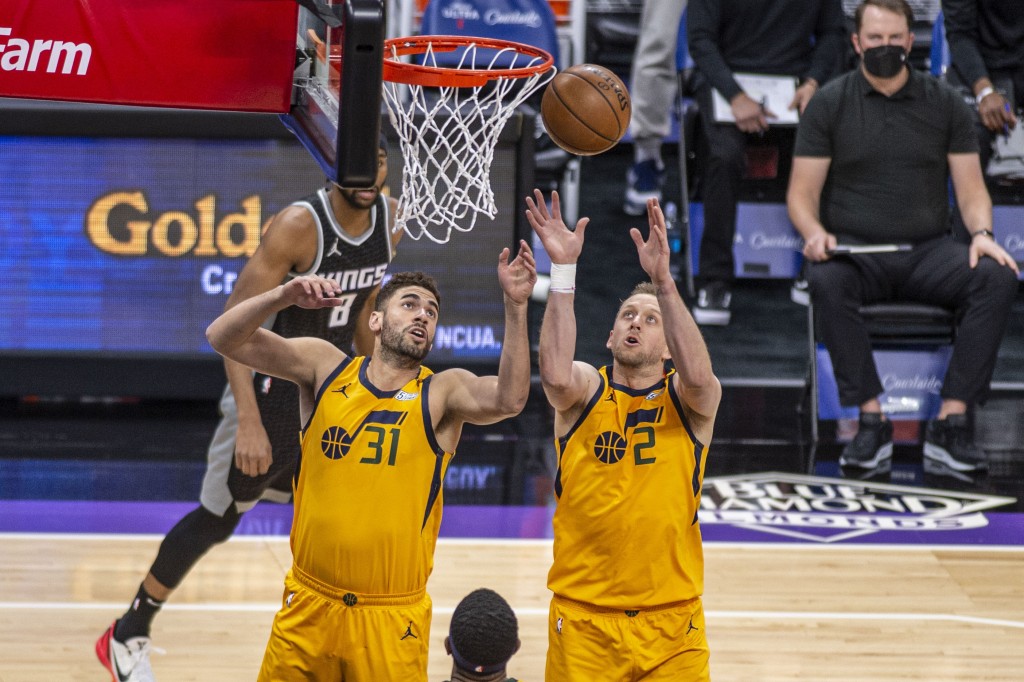 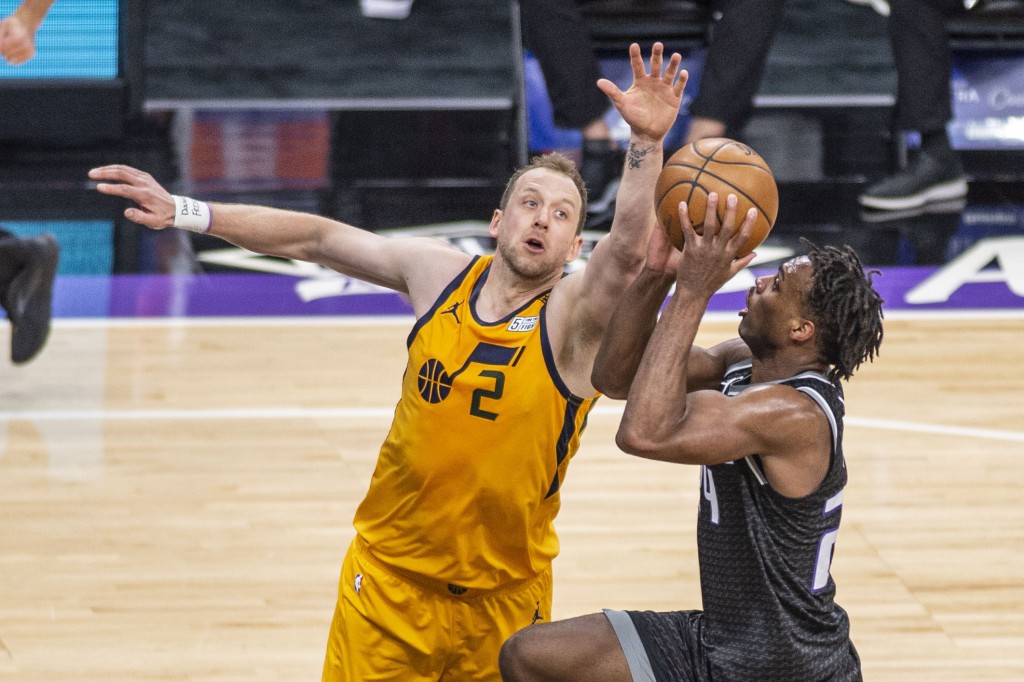 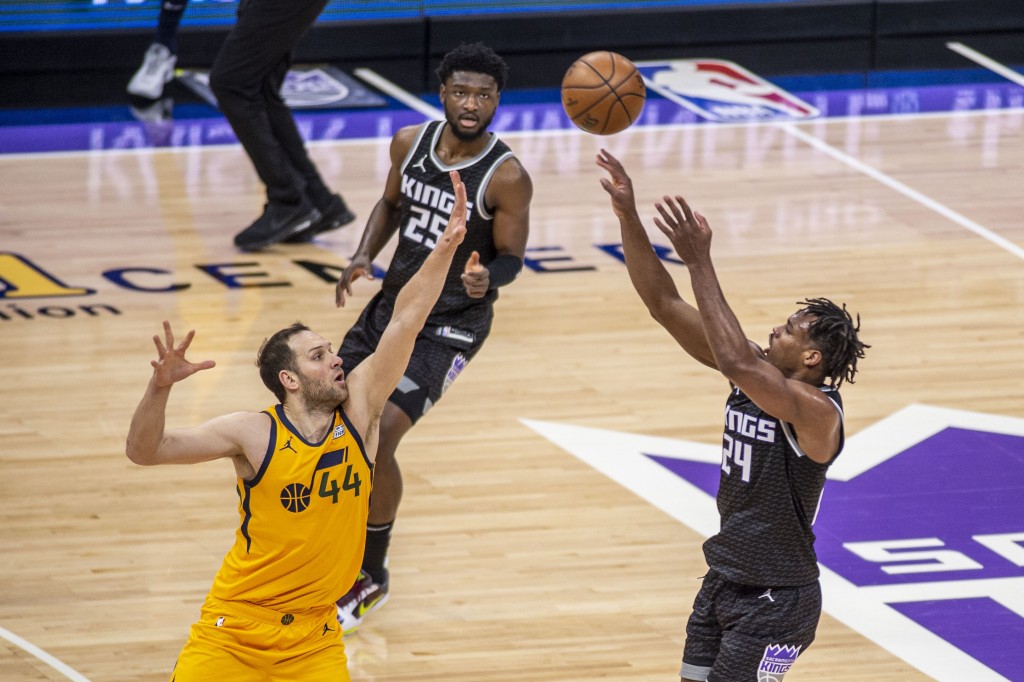 SACRAMENTO, Calif. (AP) — Bojan Bogdanovic scored 24 points, Utah made 24 3-pointers, and the short-handed Jazz bounced back from consecutive losses and set a franchise scoring record in a 154-105 win over the Sacramento Kings on Wednesday night.

Coming off back-to-back losses to Minnesota, the West-leading Jazz jumped on the Kings and never let up. Utah outscored Sacramento 46-17 in the second quarter, built its lead to 54 points and rolled to its most lopsided win of the year.

Buddy Hield had 18 points and seven assists for Sacramento. The Kings' fading postseason hopes took another blow with their 12th loss in 15 games.

Both teams played with banged-up backcourts.

Utah was without injured All-Star guards Donovan Mitchell and Mike Conley. Mitchell is nursing a sprained right ankle, while Conley aggravated a hamstring injury that sidelined him for 11 games earlier this season. Sacramento point guard De’Aaron Fox is in the NBA’s health and safety protocol.

Jazz coach Quin Snyder’s team still easily rolled past the Kings and improved to an NBA-best 45-17.

Utah led by 32 at halftime and continued to pull away in the third with its starters on the bench. Derrick Favors scored all eight of his points in the period, and Ersan Ilyasova made a 3-pointer at the buzzer to make it 116-74.

Thomas made a pair of buckets sandwiched around an Ilsyasova 3-pointer to push the Jazz lead to 135-83.

Jazz: Favors had 11 rebounds in 13 minutes off the bench.

Jazz: Face the Suns on Friday in a matchup of the top teams in the West. Phoenix has won two straight against Utah.

Kings: Open a four-game trip in Los Angeles against the Lakers on Friday night. The teams split a pair of games at Golden 1 Center earlier this season.