The new list, which was released Tuesday (April 27), highlights 100 businesses "making an extraordinary impact around the world" and "shaping our future," according to the magazine. The companies were categorized into five groups: pioneers, leaders, innovators, disruptors, and titans.

Categorizing TSMC as a "titan" manufacturing the "chips that connect us," Time pointed out that the company is the world's leading supplier of custom chips for laptops, smartphones, and other devices produced by the likes of Apple and Sony. It said the services the chipmaker provides have become more essential during the U.S.-China trade war.

Time said the lineup was determined by nominations from its global network of editors and correspondents as well as from industry experts. Each company was evaluated based on its relevance, impact, innovation, leadership, ambition, and success. 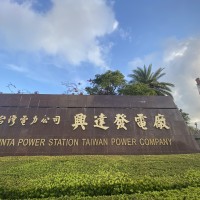