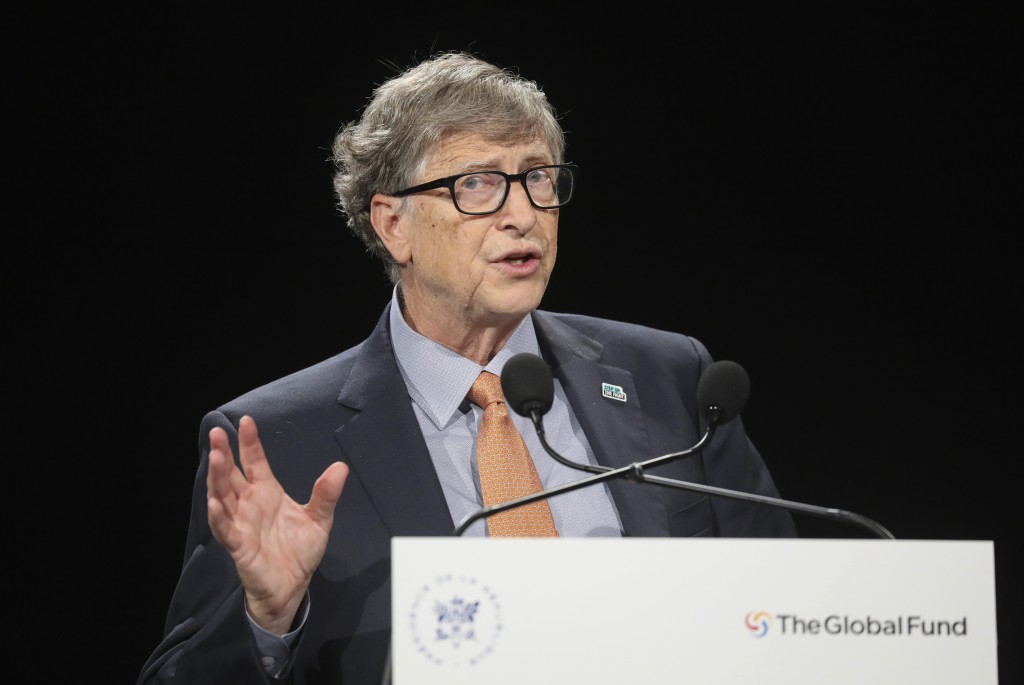 A new mass fundraising campaign aims to inspire 50 million people around the world to make small donations to Covax, the international effort to push for equitable global distribution of COVID-19 vaccinations.

Called Go Give One, the campaign was launched Wednesday by the Bill & Melinda Gates Foundation, the WHO Foundation and corporate, religious, and world leaders.

The campaign will contribute to the $3 billion in Covax funding needed to vaccinate almost 30 percent of people in 92 low-income countries sometime next year. That support will come from donors like those who contribute to the Go Give One campaign as well as cost-sharing agreements.

Meanwhile, the $6.3 billion that’s so far been committed to Covax has come primarily from global governments, in addition to the World Health Organization, Unicef, the Coalition for Epidemic Preparedness Innovations and Gavi, the Vaccine Alliance.

Go Give One aims to mobilize small-dollar donors around the world to give roughly $10 each toward the cost of COVID-19 vaccines — which are priced at about $5 a shot. The specifics of the campaign are still being ironed out, organizers said. The global campaign will collaborate with public health-care systems and individual mass vaccination sites to advertise the campaign.

Organizers also plan to involve businesses through workplace giving campaigns and promotions on corporations’ social-media platforms. Facebook has also pledged to host a fundraising campaign for the effort and match as much as $5 million contributed through the platform.

Gavi and Unicef are already appealing for donations from individuals to support Covax, and some donors have launched their own campaigns on crowdfunding platforms. Go Give One, however, aims to jump-start a unified effort that can be replicated around the world, said Anil Soni, chief executive of the WHO Foundation. It will aim to provide companies with a simple giving platform that they can share with employees and customers.

The approach is similar to previous cross-sector campaigns to fund HIV treatment, when donors contributed small sums to provide medication to HIV-positive individuals. Soni, who spent years working at the Global Fund to Fight AIDS, Tuberculosis and Malaria and later the Gates Foundation and the Clinton Health Access Initiative, says those campaigns showed the difference one person can make in a global crisis. “It was that individual engagement that caused collective action that caused governments to do their part,” he said.

Equitable access to the vaccine is essential to ending the pandemic, Soni stressed, and one of the goals of the Go Give One campaign is to remind people who are able to get vaccinated that others still lack access. While the pace of vaccination has slowed in the United States, Soni expects vaccinations to continue for some time.

“There is a bifurcation of the world in which there are privileged communities where people are getting vaccinated, particularly in wealthy countries, and then there’s low-income countries and low-income communities ... where vaccine access is absolutely not available,” Soni said.

After a year of lockdown, loss, and disconnection, vaccination will be an emotional experience for many people — and they’ll have a 15-minute observation period to sit and drink that feeling in.

“What’s been generated from that moment so far is millions of selfies,” Soni said. “We haven’t given people the opportunity — while they’re sitting, waiting, and really basking in this moment of hope — to do something for someone else.” Go Give One aims to change that.