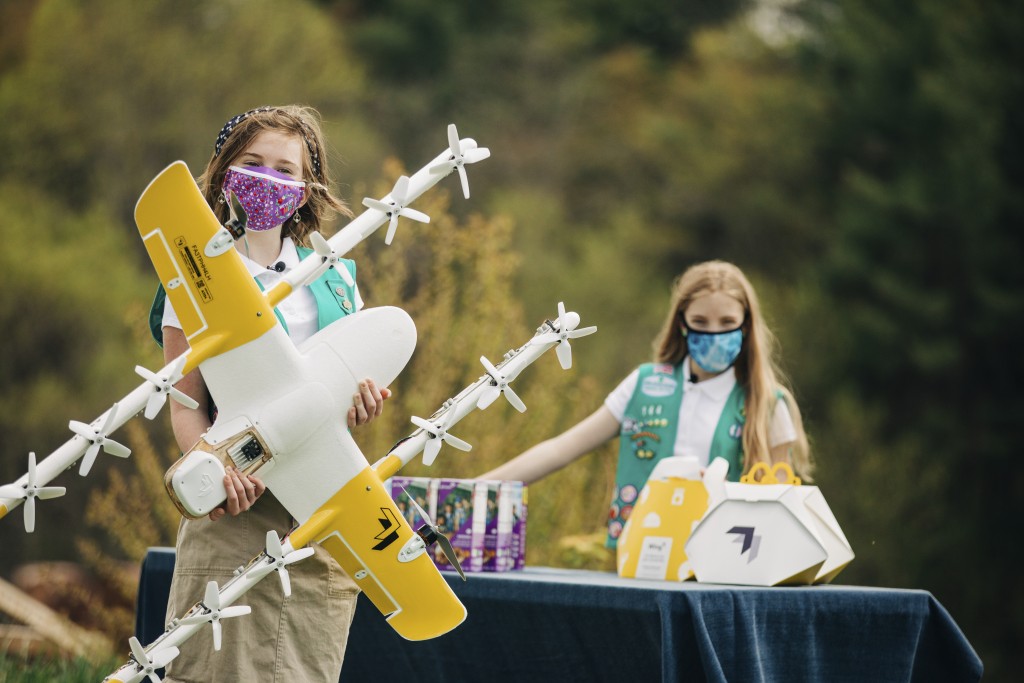 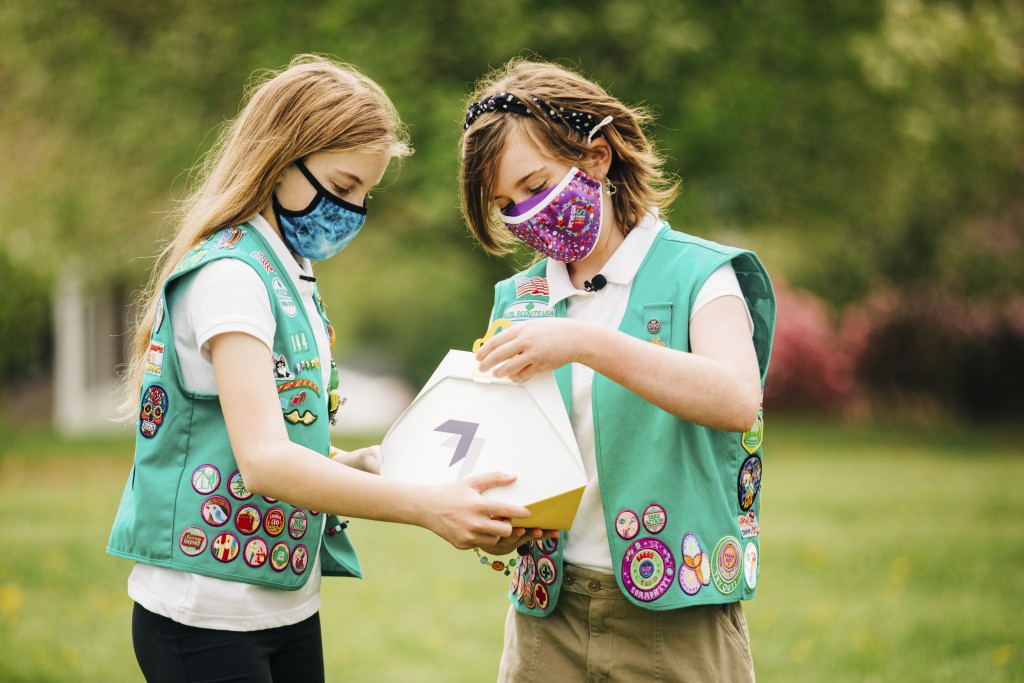 Missing out on Thin Mints in the pandemic? A Google affiliate is using drones to deliver Girl Scout cookies to people's doorsteps in a Virginia community.

The town of Christiansburg has been a testing ground for commercial delivery drones operated by Wing, a subsidiary of Google's corporate parent Alphabet.

Now the company is adding the iconic boxed cookies to the more mundane drugstore offerings, FedEx packages and locally-made pastries, tacos and cold brew coffees it's been hauling to a thinly populated area of residential subdivisions since 2019.

Wing said it began talking to local Girl Scout troops because they’ve been having a harder time selling cookies during the pandemic, when fewer people are out and about.

It’s also the latest attempt to build public enthusiasm for futuristic drone delivery as Wing competes against Amazon, Walmart, UPS and others to overcome the many technical and regulatory challenges of flying packages over neighborhoods.

Federal officials starting rolling out new rules in early April that will allow operators to fly small drones over people and at night, potentially giving a boost to commercial use of the machines. Most drones will need to be equipped so they can be identified remotely by law enforcement officials.

The 10-pound Wing drone that made the first deliveries in Christiansburg in fall 2019 is already an artifact held at the Smithsonian National Air and Space Museum. Whether it will go down in history as a revolutionary innovation or a utopian flop remains to be seen.

Amazon has also been working on drone delivery for years. In 2013, Amazon founder Jeff Bezos said in a TV interview that drones would be flying to customer’s homes within five years, but that deadline has long since passed. The company did win government approval to deliver packages by drones last August, but Amazon said it was still testing them and hasn’t started delivering goods to shoppers yet.

David Vos, an aerospace engineer who led Google’s Wing project until 2016, said he has been surprised that drone delivery projects haven’t taken off more quickly.

“I thought it was completely doable to be up and going by 2021,” Vos said. While he still thinks drone technology is getting closer to delivering the size, weight and power needed to transport goods safely in populated places, Vos said the tech industry also needs a cultural shift.

In particular, he said, it needs to bring on people from the traditional aviation industry who have experience building “safety-critical systems” that meet strict government standards.