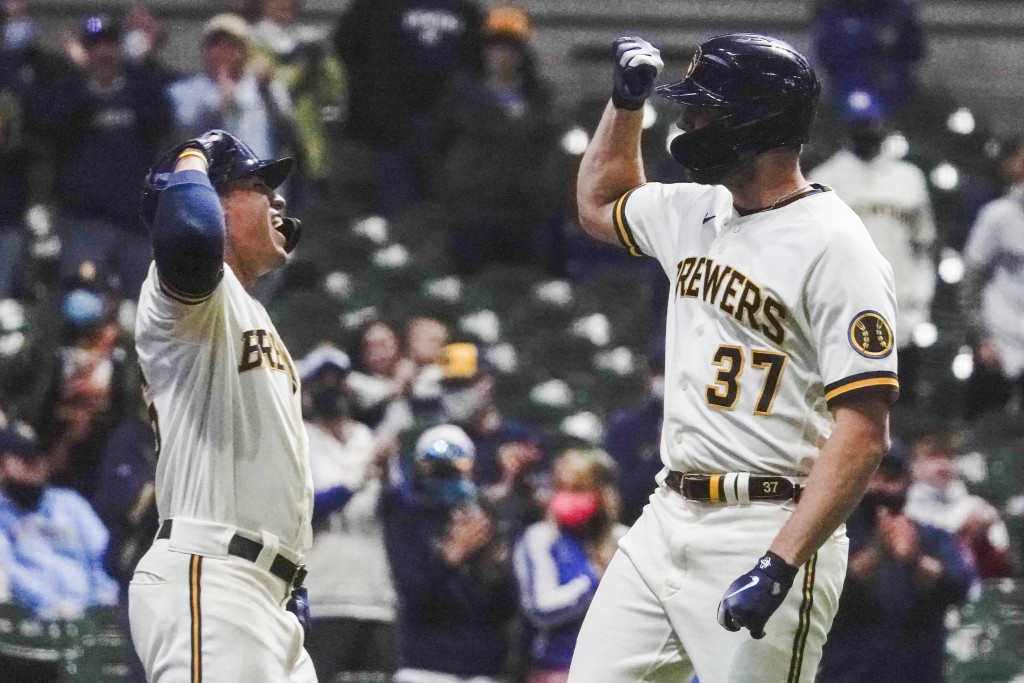 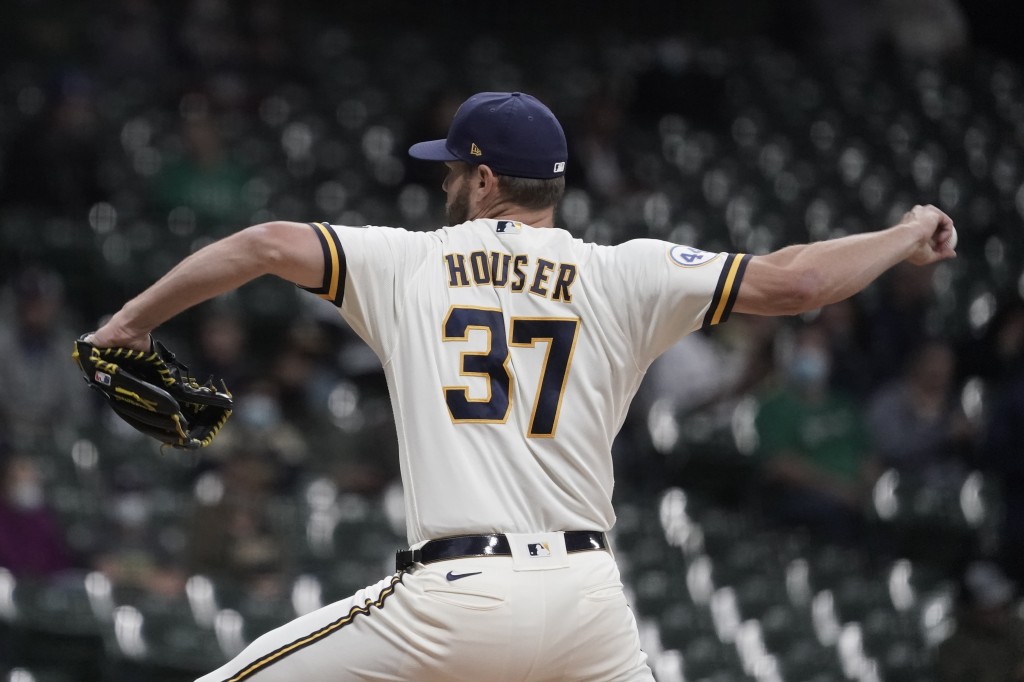 Houser began the day 2 for 28 (.071) with 21 strikeouts in his career at the plate. With two outs and no one on base in the second , he lined the first pitch from Daniel Castano over the wall in center field.

“I was pretty shocked, because he hits the low ball well,” Castano said of Taylor’s home run on a high pitch. “I tried to go up and in, I think I just left it up middle, so he was able to get the barrel to it.”

Houser (2-2) allowed three runs on five hits in 5 2-3 innings, striking out seven and walking one.

Houser also put down a sacrifice bunt that helped score a run.

Josh Hader pitched a perfect ninth for his fifth save in five chances. He has not allowed a run this season in eight appearances.

Milwaukee took a 4-3 in the lead in the fifth on a triple by Keston Hiura and RBI double by Luis Urias off John Curtiss (2-1).

The Brewers added an unearned run in the sixth when Pablo Reyes reached on an error and later scored on Taylor’s single.

Jon Berti opened the seventh with a homer off Brent Suter to pull Miami within 5-4.

J.P. Feyereisen came on for Suter and struck out the only batter he faced in the seventh and Devin Williams pitched a scoreless eighth.

Jesus Aguilar, who hit 35 home runs with Milwaukee in 2018, brought Miami even at 2 when he opened the fourth with his fourth homer.

“Just a slider I didn’t really get all the way out there,” Houser said. “It was a good pitch, but Aggie’s a good hitter and he put a good swing on it and hit it how he should. I thought it was a good pitch, just didn’t’ get it where I wanted to.”

The Marlins hustled across a run in the first. Jazz Chisholm Jr. beat out an infield single to short, stole second, advanced to third on a groundout and scored on a sacrifice fly by Aguilar.

Taylor’s groundout scored Jackie Bradley Jr. from third to put Milwaukee up 3-2 in the fourth. Houser’s bunt helped set up the run.

Marlins: After scoring in the first, Chisholm was replaced at second base in the bottom half of the inning by Jose Devers. Chisholm left with a strained left hamstring, the team announced.

Manager Craig Counsell announced after the game that RHP Zack Godley will start the series finale Wednesday against the Marlins. Godley is not on the Brewers' 40-man roster, so a move will be necessary. Godley was 0-4 with an 8.16 ERA in eight appearances, including seven starts, with Boston in 2020. Marlins RHP Sandy Alcantara (0-2, 3.34 ERA) will be making his sixth start.