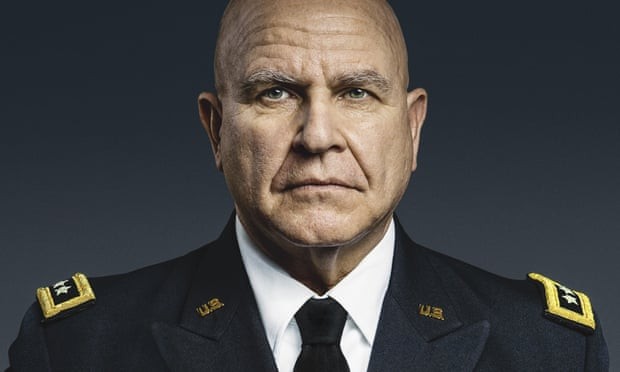 TAIPEI (Taiwan News) — A former national security advisor from the Trump administration said earlier this month that Taiwan is in "maximum danger" from China's military, particularly after the 2022 Beijing Olympics.

During the talk, McMaster said the one thing he worries most about is "What if the People's Liberation Army really believes their own propaganda?" He said he fears Chinese troops in major flashpoints may believe "This is what Chairman Xi wants me to do."

McMaster is concerned that the Chinese Communist Party's (CCP) heightened rhetoric towards Taiwan could lead to soldiers taking matters into their own hands, triggering a conflict that could escalate quickly. He asserted that Taiwan is "at a point of maximum danger" and that "We're on our way up" in terms of the risk of a kinetic conflict.

McMaster believes the most critical time will be after the 2022 Beijing Olympics and the CCP's 20th National Party Congress that same year. He said that the recent grey-zone tactics China has employed against Taiwan are "meant to desensitize us to this military intimidation."

He warned that what is even more concerning are activities "aimed at subverting Taiwan's will from an economic and informational perspective [through] cooptation of elites and so forth."

To deal with this threat, Pottinger said Taiwan must do more to bolster its defenses to show China it has a "will to resist." He said this would translate into actual operational capabilities in terms of a civil defense corps, reserve corps, special ops forces, and others "willing to fight for every square inch of territory in Taiwan."

Pottinger said that prior to President Tsai Ing-wen's (蔡英文) election in 2016, the Kuomintang-led Taiwanese government took many steps to abolish necessary elements of compulsory service. Instead of sending the message "Don't worry about military service" to its citizenry, he stated that Taiwan should actually expand its military "so that your adversaries understand that everyone's capable of fighting and has the will to fight."