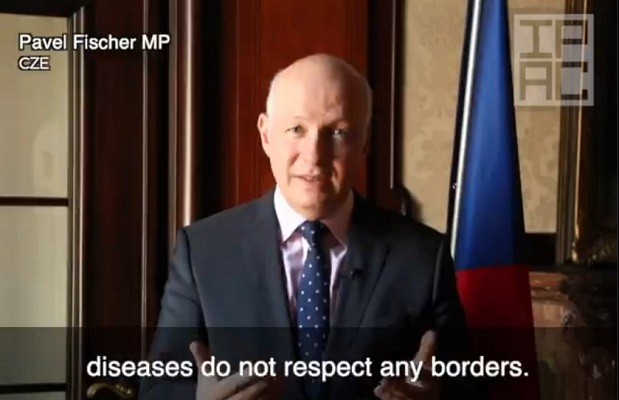 TAIPEI (Taiwan News) — The Inter-Parliamentary Alliance on China (IPAC) on Tuesday (April 27) announced an international campaign to include Taiwan in next month's World Health Assembly (WHA).

In an IPAC video announcing the launch, 15 legislators from Europe, North American, Australia, and New Zealand, praised Taiwan's contributions to the global effort against the coronavirus. They pointed out the fact that Taiwan and its 23 million people have not had a voice in the WHA, the World Health Organization's annual leadership summit, since the country lost its observer status.

"At a time when the world should be uniting to defeat the coronavirus pandemic, it makes no sense to exclude Taiwan from the World Health Assembly," said British MP and IPAC co-chair Iain Duncan Smith. "The Chinese government’s blatant attempts to politicize global health are unacceptable and must be resisted. The UK and the free world must do more to invite Taiwan to play a greater role on the international stage."

The groups encouraged people around the world to join the cause by tweeting the hashtag #LetTaiwanHelp, which is a response to the oft-used #TaiwanCanHelp employed by the Taiwanese government since its failed bid to join last year's WHA.

Also on Tuesday, some two dozen American federal lawmakers invoked the hashtag as they appealed to the WHO to allow Taiwan to participate in the May 24-June 1 assembly, with Utah Senator Mitt Romney saying failure to do so would "play right into the hands of the [Chinese Communist] Party."

The Ministry of Foreign Affairs on Wednesday (April 29) welcomed the international support, which it said shows "the inclusion of Taiwan in the global public health system has become the consensus of many democratic countries."