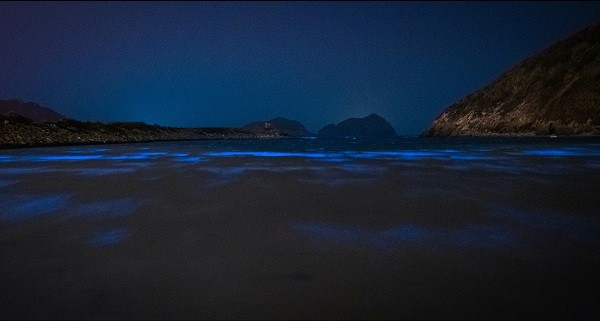 TAIPEI (Taiwan News) — As the “blue tears” season has come to Taiwan’s outlying Matsu Islands, local townships have implemented measures to regulate evening lighting in order to facilitate viewing of the natural phenomenon.

There are many theories as to what causes the blue tears, which are a kind of phosphorescence, but most believe they are caused by algae called dinoflagellates that produce a glow when disturbed by motion in the water.

The Beigan Township Office has since Monday (April 26) enforced nightly measures to turn off street lamps at locations where blue tears are frequently spotted, such as the Hou'ao Village and Horse Nose Bay, CNA reported.

Nankan Township has even used light control measures in the daytime at certain sections of Jieshou Village, Fuxing Village, Meishi Village, and Renai Village since April 9.

Beigan Township Mayor Chen Ru-lan (陳如嵐) said the township has developed a reporting system to target the blackouts depending on blue tear sightings.

The township will also embark on a dark-sky project in the future to promote the development of stargazing tourism, the mayor said, adding that the project will further regulate lighting, such as what types of equipment and color temperatures can be used.