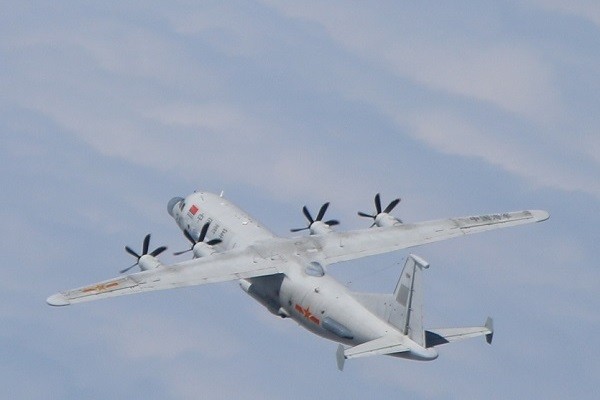 Local military aircraft tracker SouthwestAirspaceofTW tracked the aircraft's flight paths as well as radio broadcasts by the MND. It stated that a Y-8 anti-submarine warfare (ASW) plane was detected that day as well. At 9:47 a.m., the Y-8 RECCE was detected flying at a mere 30 meters above the water. According to the aircraft tracker, the MND issued a radio warning to the low-flying plane:

"Republic of China Air Force broadcast. Attention CCP military aircraft at an altitude of 30 meters in Taiwan's southwest. You have entered our ADIZ, which affects our flight safety. Turn around and leave, immediately!" On the tracker's Facebook page that day, the administrator jokingly wrote, "You're at 30 meters to practice your diving?"