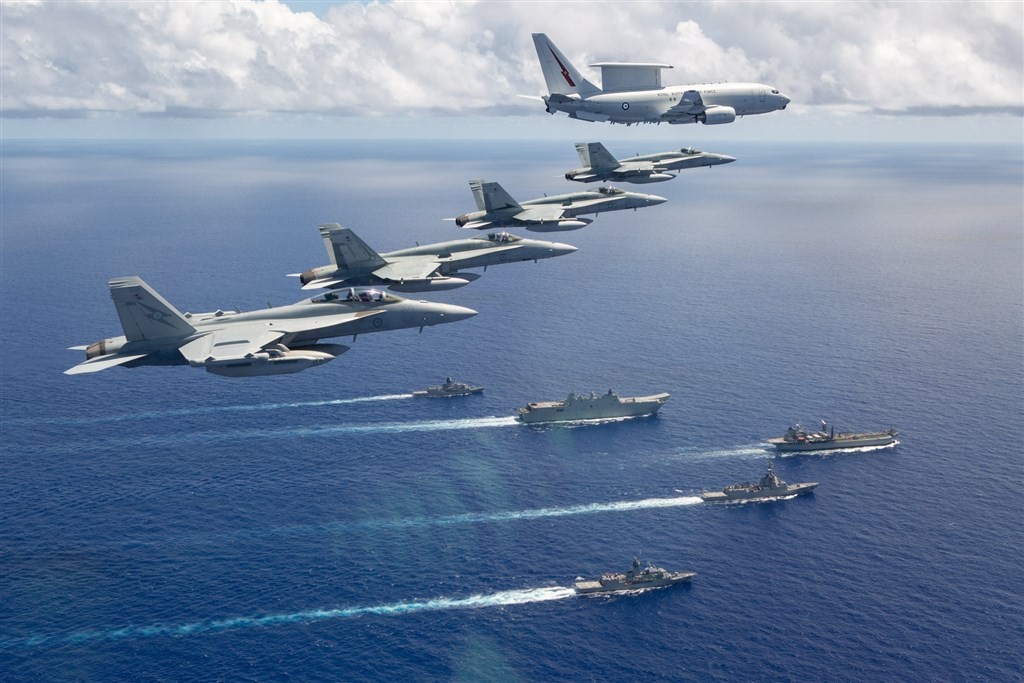 TAIPEI (Taiwan News) — Tensions are continuing to ratchet up as Beijing criticizes Canberra for stating that conflict over Taiwan is possible and as Australia warns the "drums of war" are beating louder.

In an interview with the Australian Broadcasting Corp. (ABC) on Sunday (April 25), Australian Defence Minister Peter Dutton said a conflict with China over Taiwan "should not be discounted." He added that Beijing has been increasingly clear about its "reunification" ambitions toward Taiwan.

In response, Chinese foreign ministry Spokesman Wang Wenbin (汪文斌) demanded that Australia recognized the "sensitivity of the Taiwan issue" and "abide by 'one-China' principle." He also called on Canberra to not send any "false signals of 'Taiwan independence'" and to do more to boost peace and stability in the Taiwan Strait and Sino-Australian relations."

The war of words continued on Tuesday (April 27), when The Australian released a commentary by Department of Home Affairs Secretary Mike Pezzullo in which he wrote, "In a world of perpetual tension and dread, the drums of war beat — sometimes faintly and distantly, and at other times more loudly and ever closer." Ominously, he added that although the nation should continue to search for peace amid heightened militarization in the region, it should brace for "the curse of war."

Pezzullo noted that the 70th anniversary of the ANZUS Treaty defense treaty with the U.S. is nearing and cited American Generals Douglas MacArthur and President Dwight Eisenhower in the following statement:

"Let us remember the warnings of two American generals who had known war waged totally and brutally: we must search always for the chance for peace amidst the curse of war, until we are faced with the only prudent, if sorrowful, course — to send off, yet again, our warriors to fight the nation’s wars."

He closed by calling on the government to attempt to reduce the possibility of war. However, he insisted that any steps taken towards peace should not come "at the cost of our precious liberty."

Pezzullo's commentary drew praise from Home Affairs Minister Karen Andrews, who said she approved of his wording and the idea that "The overarching message from government is that we need to be alert but not alarmed." However, Senior opposition Labor Party lawmaker Bill Shorten criticized Pezzullo's use of "drums of war" for being “pretty hyperexcited language," reported the Associated Press.

On Tuesday morning, Ministry of Foreign Affairs Spokesperson Joanne Ou (歐江安) said Australia is an important friend of Taiwan in the Indo-Pacific region and a partner with a similar philosophy regarding freedom and democracy. She said Taiwan welcomes the greater attention many international leaders have paid to the situation and their "serious concerns about any provocative actions that undermine peace and stability in the Taiwan Strait."

In addition to improving its self-defense capabilities, Ou said that Taiwan calls on like-minded democratic partners to continue to monitor the security situation in the strait and "jointly work to stop provocative actions by any country that would attempt to change the status quo by non-peaceful means."