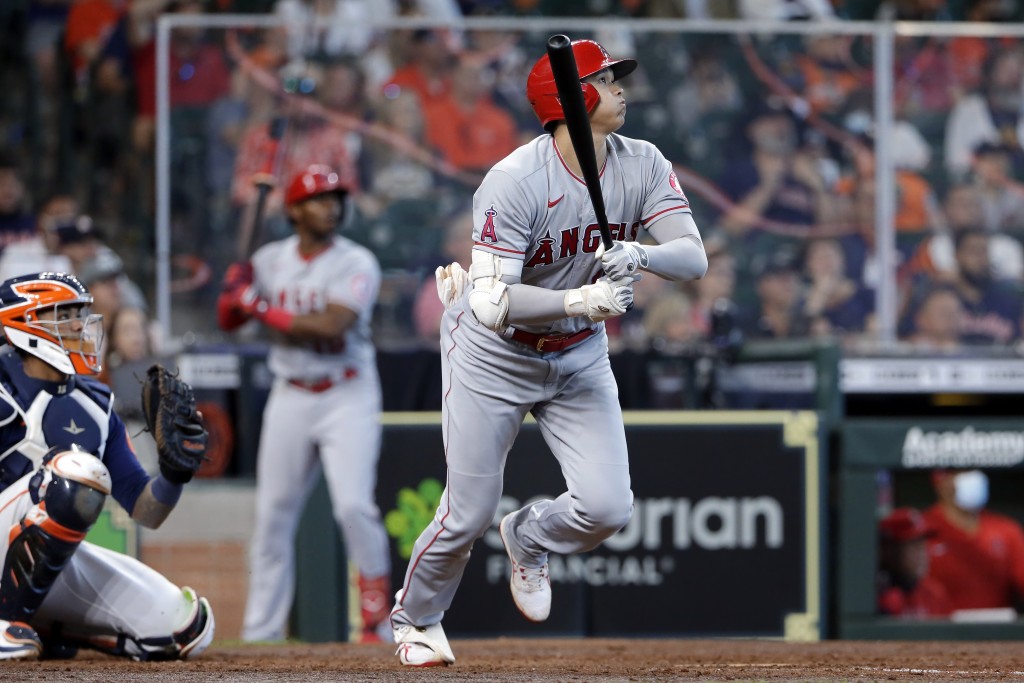 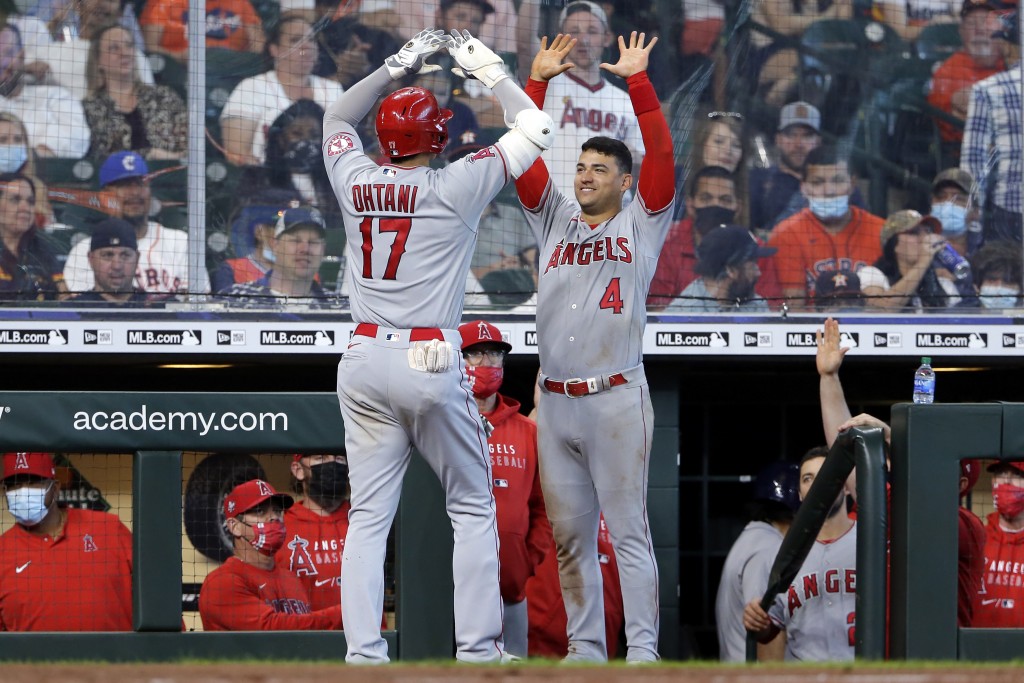 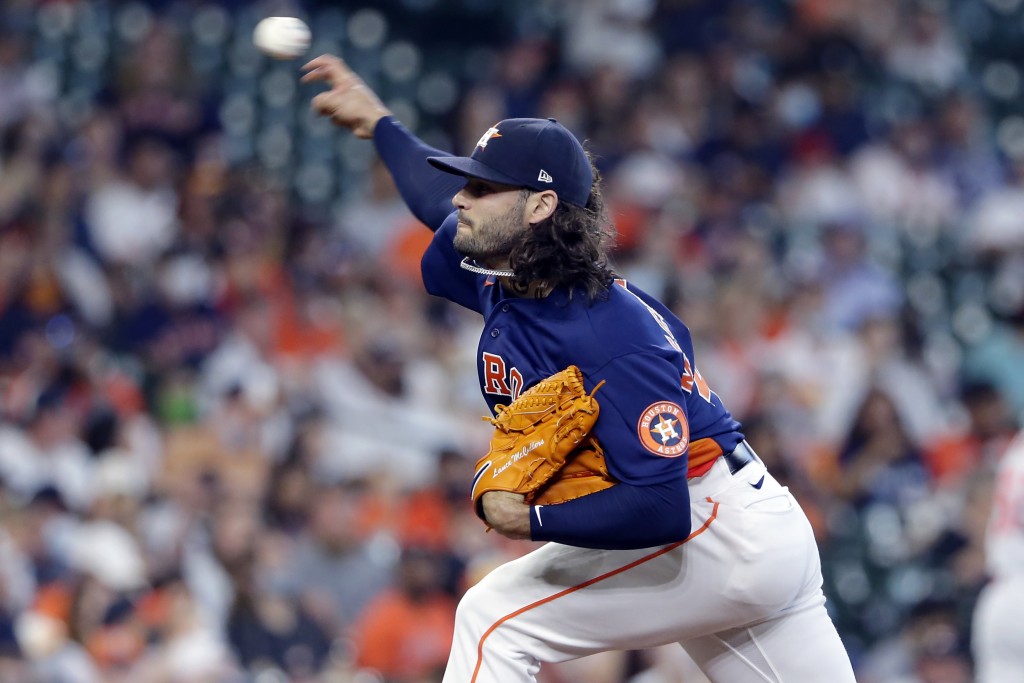 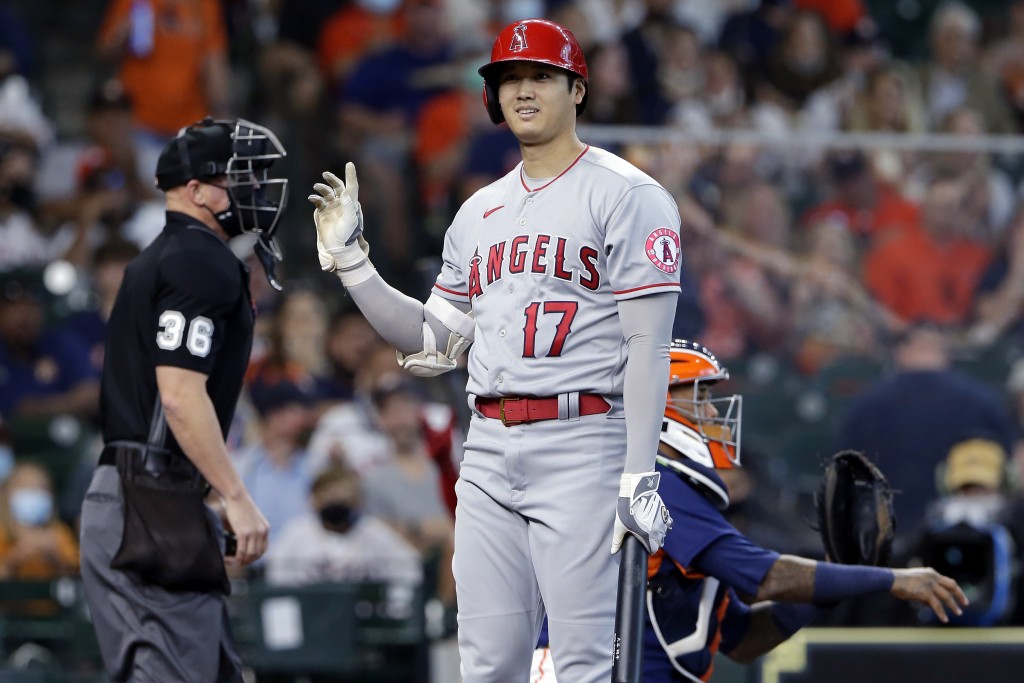 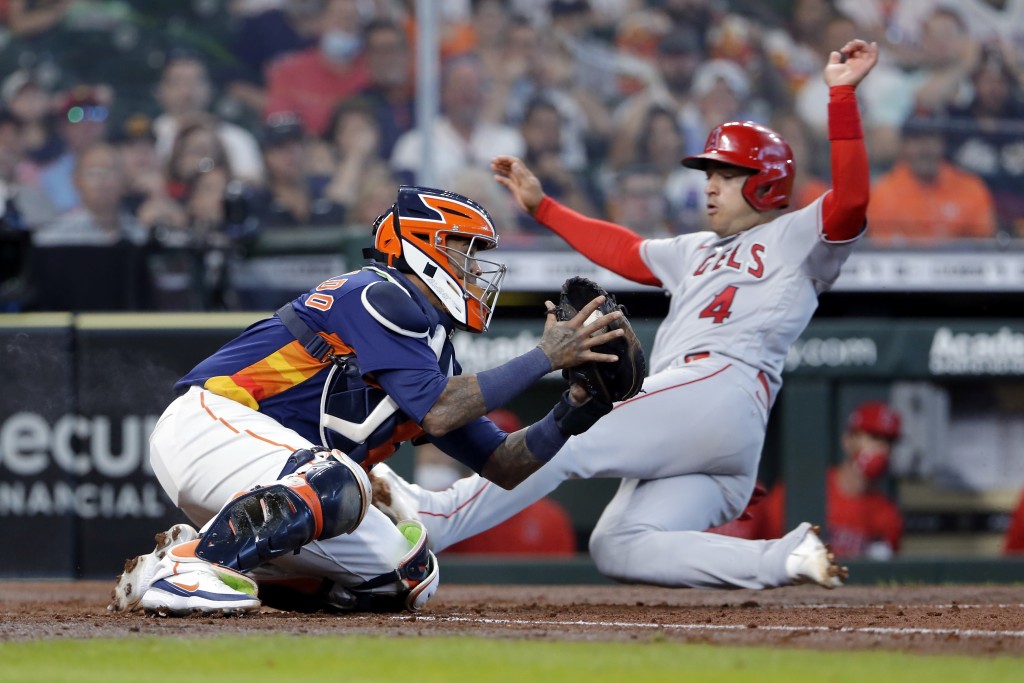 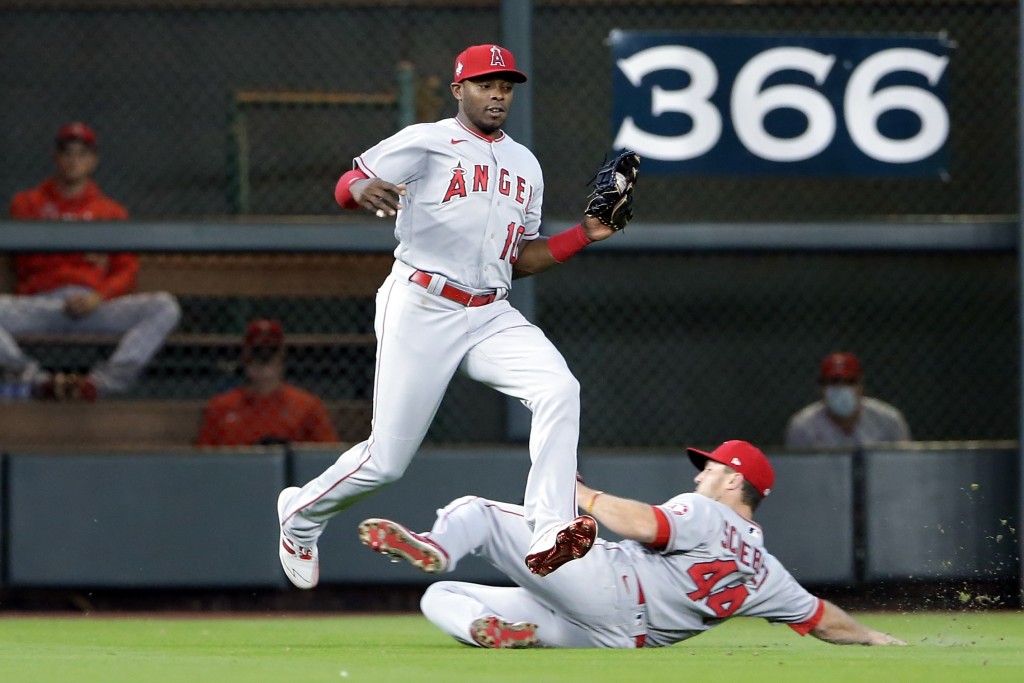 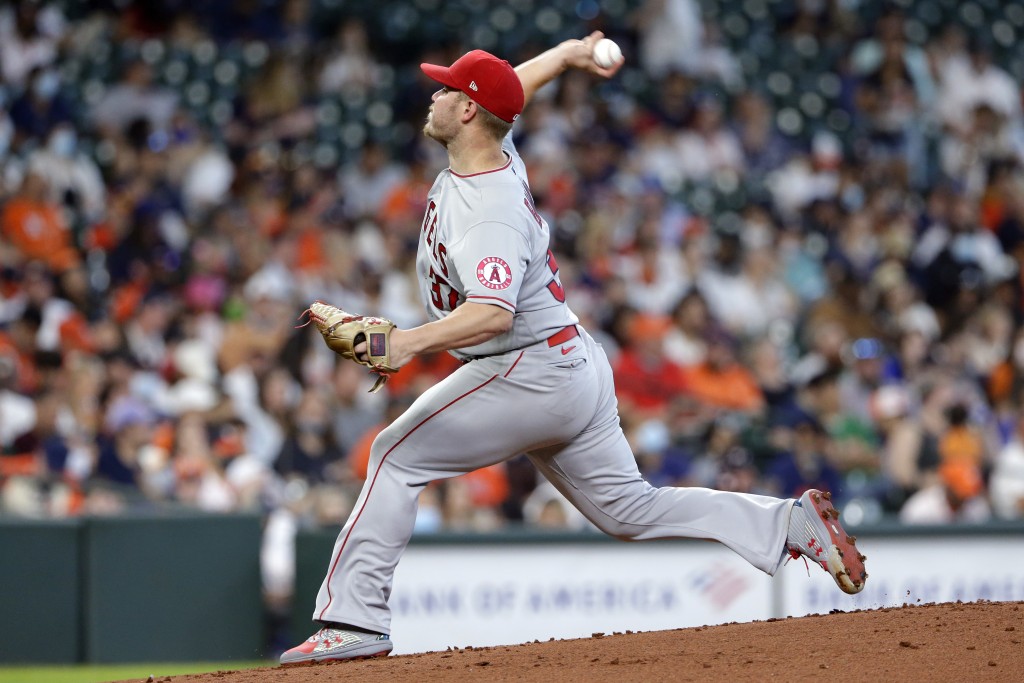 HOUSTON (AP) — Shohei Ohtani’s tiebreaking solo home run in the eighth inning helped the Los Angeles Angels to a 4-2 win over the Houston Astros on Sunday to snap a four-game skid.

It was the second consecutive game with a homer for the two-way star, who is tied for the MLB lead with seven home runs and who is scheduled to pitch on Monday.

A two-run homer by Yuli Gurriel tied it in the seventh inning before Ohtani sent a fastball from Luis Garcia (0-2) 440 feet into center field to put the Angels up 3-2.

Anthony Bemboom added an insurance run with an RBI single in the ninth.

The Angels ended their losing streak and avoided a four-game sweep without star Mike Trout. He missed a third consecutive game with a bruised left elbow after being hit by a pitch on Thursday night, but said that he expects to return on Monday.

Houston starter Lance McCullers had retired 10 straight after a single by Justin Upton with two outs in the first when he hit Albert Pujols with a pitch to start the fifth inning. José Iglesias singled with one out in the inning before a walk by Jose Rojas loaded the bases.

David Fletcher made it 2-0 with his infield single on a hard-hit groundball that bounced off first base, into the air and out of reach of first baseman Gurriel.

The Astros had managed just two hits when Dylan Bundy plunked Yordan Alvarez with no outs in the seventh. Gurriel chased him when he connected on the homer to left-center that tied it at 2-2. It was the second time in this series that Gurriel tied a game with a two-run homer in the seventh after he also did it in Friday’s 5-4 win in 10 innings.

After scoring a season high on Saturday in a 16-2 rout, the Astros couldn’t get anything going against Bundy early on Sunday and they didn’t have more than one man on base in an inning until the sixth.

McCullers allowed three hits and two runs with five strikeouts in six innings in his return after being sidelined for 10 days dealing with side effects from the Johnson & Johnson COVID-19 vaccine.

Angels: Trout took some swings before Sunday’s game, hoping to return on Sunday, but decided he wasn’t quite ready. “It’s getting better every day,” he said. “I took a couple of swings. It’s still not 100%, but I look forward to playing tomorrow.” ... Manager Joe Maddon said he expects third baseman Anthony Rendon (groin strain) to return to the lineup Monday or Tuesday.

Astros: Manager Dusty Baker said that RHP Jake Odorizzi, who left Saturday’s start after one out with right forearm tightness, was being evaluated by a doctor on Sunday and that he could have an update after the game. ... Second baseman Jose Altuve, who revealed on Saturday that he had tested positive for COVID-19, is feeling good and Baker said he could return early next week.