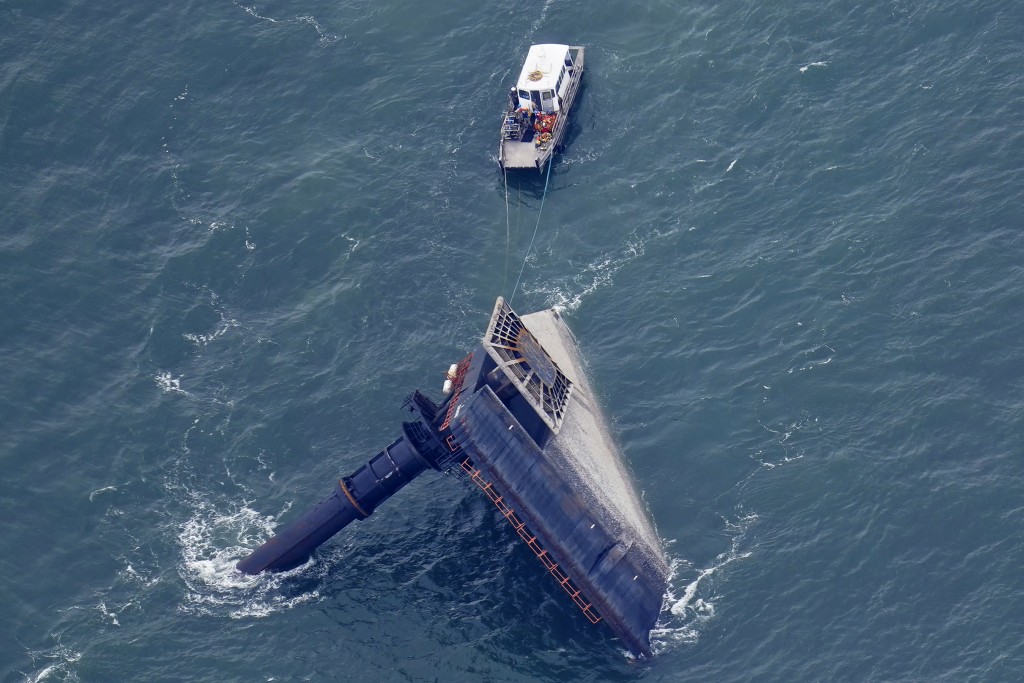 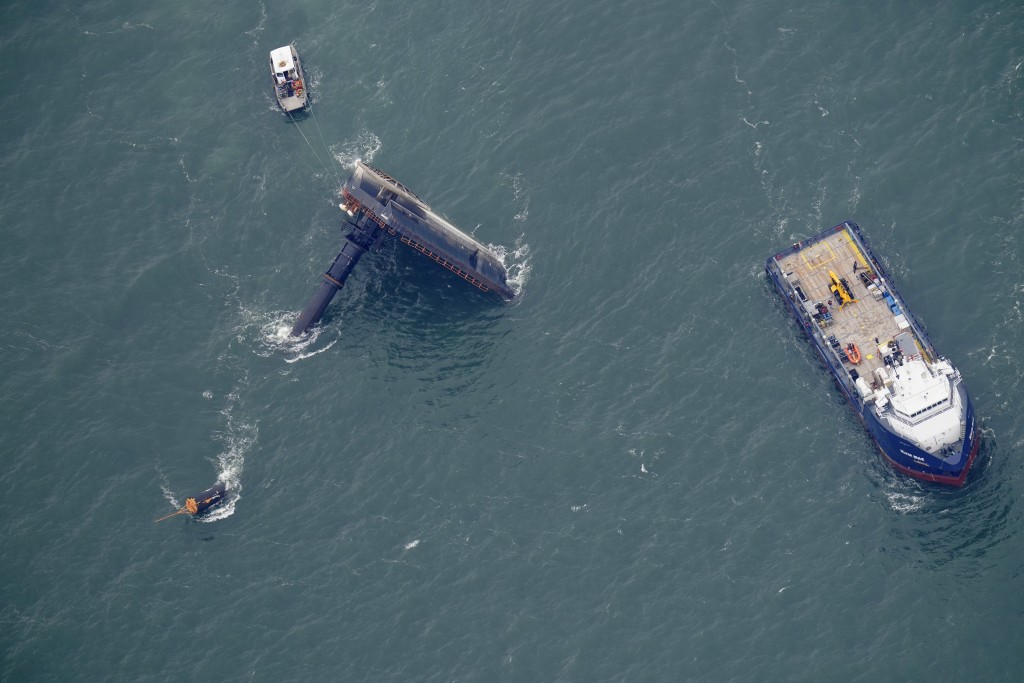 NEW ORLEANS (AP) — The offshore oil industry boat that overturned in a deadly Gulf of Mexico disaster last week was ordered to sea in dangerous conditions by an energy company that put “money over safety,” the widow of one victim says in a $25 million lawsuit.

Daspit’s husband, Dylan Daspit, was among the 19 people working on the boat when it overturned in stormy weather April 13. Six people were rescued, and six bodies had been recovered and identified as of Friday afternoon. Dylan Daspit was among seven missing and presumed dead.

Dated Wednesday, it's the first of what is expected to be numerous lawsuits filed over the capsizing of the Seacor Power, a 234-foot-long (71-meter-long) lift boat. The vessel was en route from Port Fourchon, Louisiana, to a Talos platform when it overturned.

“Dylan Daspit lost his life in the tragic capsizing of the vessel, for the decision of these Defendants to put money over his life,” the lawsuit said.

Daspit's lawsuit involves issues likely to be critical in a National Transportation Safety Board investigation, which is expected to take as long as two years, and in litigation. They include the role of the weather in the capsizing, whether the vessel should have put to sea despite forecasts of storms and who should be held responsible.

The suit lists numerous allegations against the companies, including that they failed to adequately assess weather conditions and failed to have an emergency plan. The suit specifically accuses Talos of “ordering the vessel to sea in unsafe conditions as the charterer.”

Seacor did not immediately respond to requests for comment Friday. A spokesman for Talos said the company does not comment on litigation. The company, however, had already addressed the decision to leave port before the lawsuit was filed.

“The Seacor Power was in port for service and inspections for several days prior to its departure," the company said Saturday in answer to a query by The Times-Picayune/The New Orleans Advocate. "The vessel was not at a Talos facility and was fully under the command of its captain and Seacor Marine, including when to depart the port.” The statement was confirmed Friday by spokesman Brian Grove.

The captain of the vessel, David Ledet, 63, was among the dead. He is not mentioned in the lawsuit.

National Weather Service forecasts and advisories archived by Iowa State University show a special marine warning for the waters off Port Fourchon shortly after noon on April 13. It warned of a thunderstorm in the area with winds in excess of 34 knots (39 mph or 63 km/h), which are tropical storm force winds, and “suddenly higher waves.”

“Boats could sustain damage or capsize. Make sure all on board are wearing life jackets. Return to safe harbor if possible,” the warning said.

Still, there was no indication before the boat's departure at 1:30 p.m. of the winds in excess of 80 mph (129 km/h), which are well beyond hurricane strength, and waves 7 to 9 feet high (2.1 to 2.7 meters) that the Coast Guard said the boat encountered about the time it overturned after 4 p.m.

John Gellert, president of Seacor, has said the forecasts did not portend weather the boat was incapable of handling.

“The weather they were forecasted to encounter was well within the limits of the vessel. The weather that they encountered was well beyond the forecast, as far as we know, at this time,” he said during a news conference Monday.

Gellert said then that the decision on whether to go or not was up to the captain. He also said Ledet had the company’s full support.