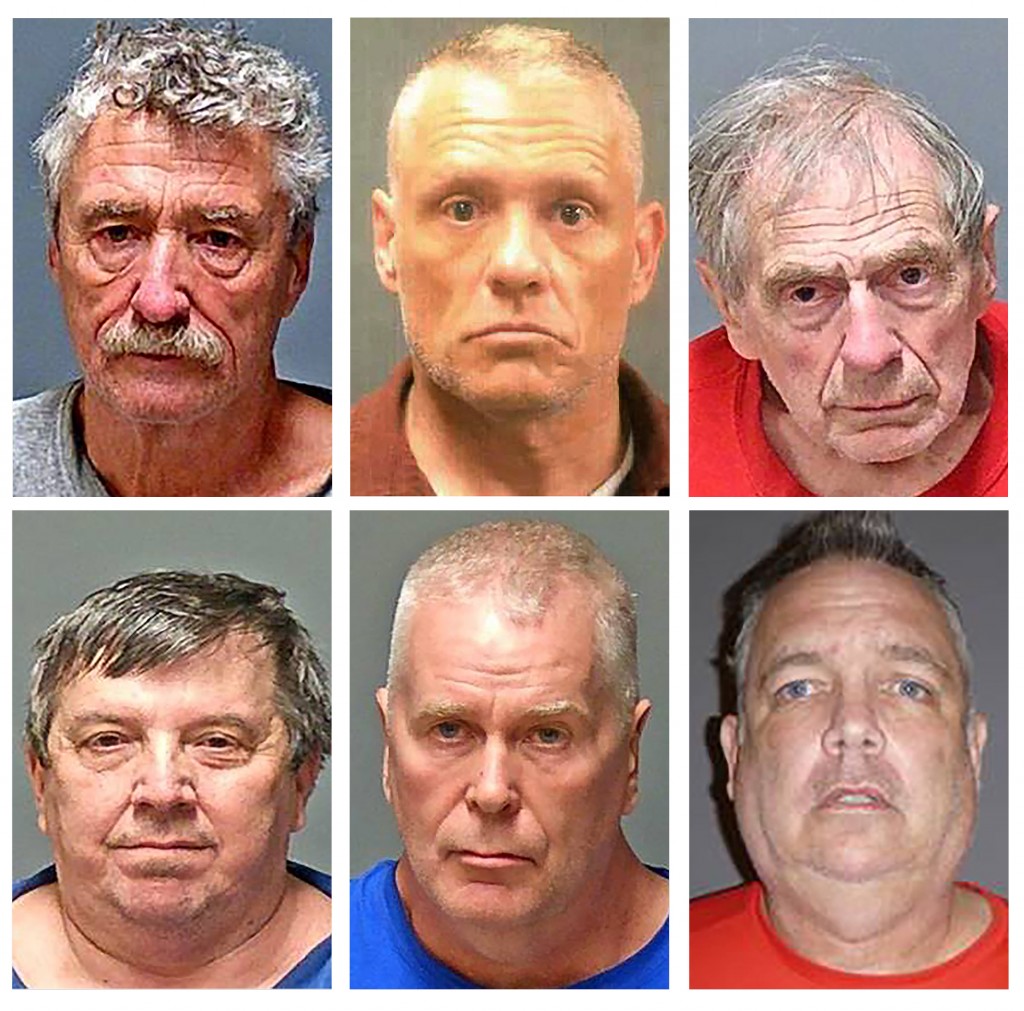 CONCORD, N.H. (AP) — Four former youth detention center workers charged in connection with the rape of a teenage boy were known as the “hit squad” and “muscle” of their dormitory, a New Hampshire state trooper testified Friday.

Eleven men have been arrested this month as part of an ongoing investigation into the Youth Development Center in Manchester, including several who were in court Friday for hearings to set bail or determine whether there is probable cause to move forward with their cases. The facility, now called the Sununu Youth Services Center, has been the target of a criminal investigation since 2019, as well as a lawsuit in which more than 200 men and women allege they were physically or sexually abused as children by 150 staffers from 1963 to 2018.

Bradley Asbury and James Woodlock are accused of restraining teen at the center’s East Cottage while he was assaulted by Jeffrey Buskey and Stephen Murphy in the late 1990s. Asbury was the cottage’s “house leader,” and the attack happened after the teen was sent to his office, according to a trooper who interviewed the victim.

“The next thing he knew, he was being carried by the four men up a set of stairs,” Trooper Joshua Beauchemin said at Asbury’s probable cause hearing.

The victim described the four men “as some type of hit crew or hit squad,” Beauchemin said. Former colleagues also described them as a clique or “the muscle” of the cottage, and said they used physical force to deescalate conflict. None, however, were aware of sexual abuse allegations, the trooper said.

A judge found probable cause to advance both Asbury’s case and that of Gordon Thomas Searles, who is accused of coercing a teenage boy into performing a sexual act sometime between 1995 and 1998.

The boy had been in and out of the youth center from age 12 to 18, Trooper Kelly Lapointe said at the hearing. He told Lapointe that he had been confined to his room as punishment and asked Searles, the house leader at King Cottage, how he could get out.

“Mr. Searles asked him, ’Well, what are you going to do for me?'” said Lapointe.

“He told me he had been a victim and a perpetrator of sexual abuse in the past and he kinda knew what was being asked of him,” Lapointe said.

Separately, the lead plaintiff in the lawsuit alleges that in 1998, Searles came into his room and saw that he had a bruised face, black eye and split lip. David Meehan, who is not the victim in Searles’ criminal case, says when he told Searles he had been beaten and raped, Searles cut him off and said, “Look little fella, that just doesn’t happen.”

The Associated Press does not identify victims of sexual assault unless they choose to identify themselves publicly, as Meehan has done.