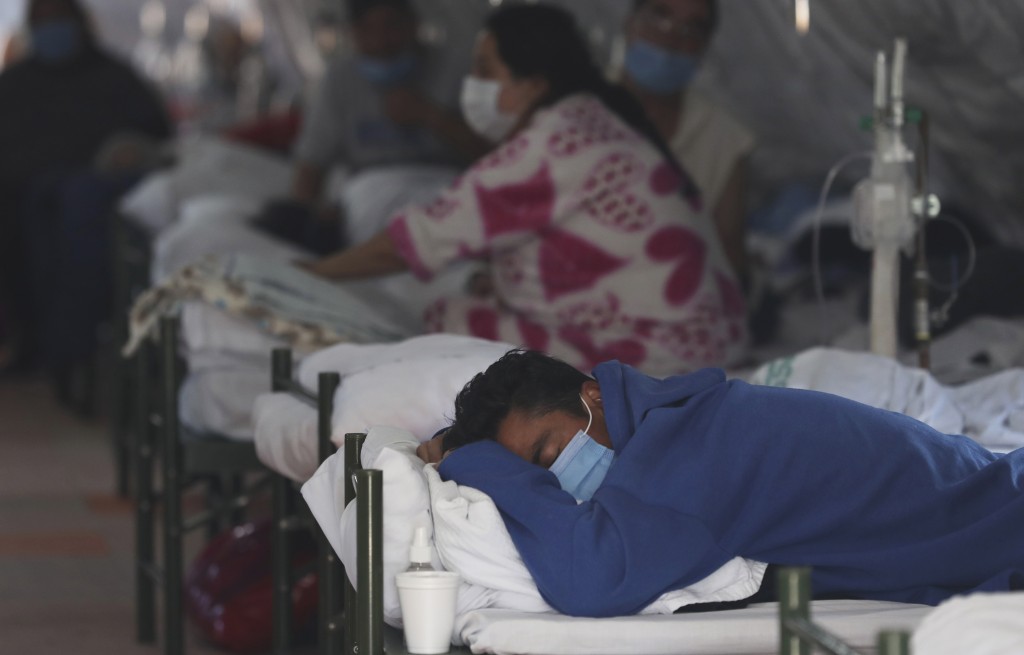 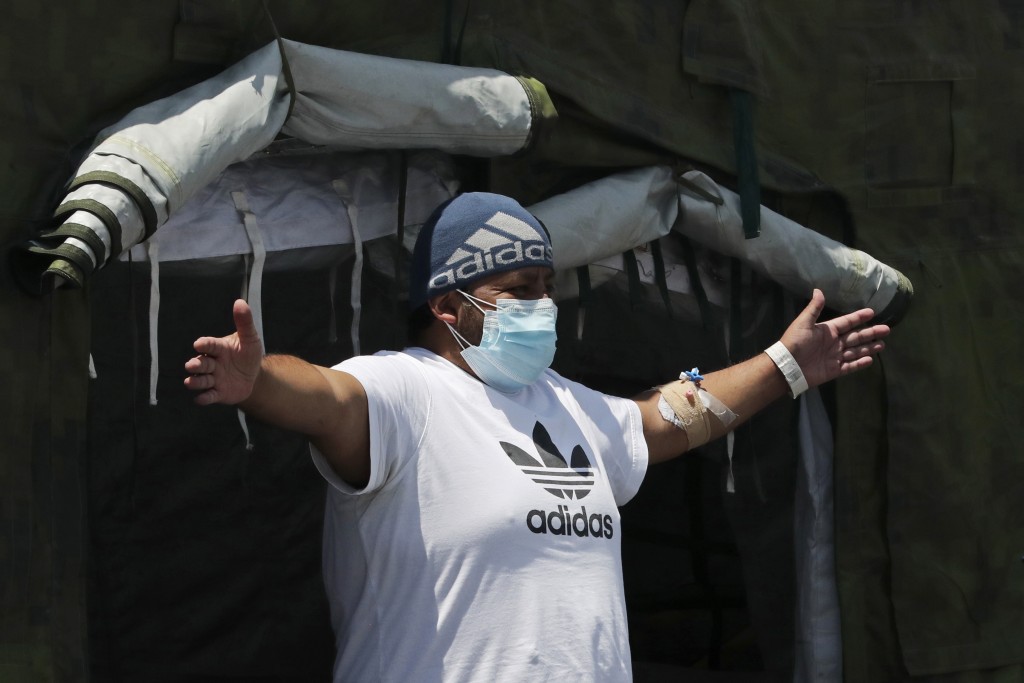 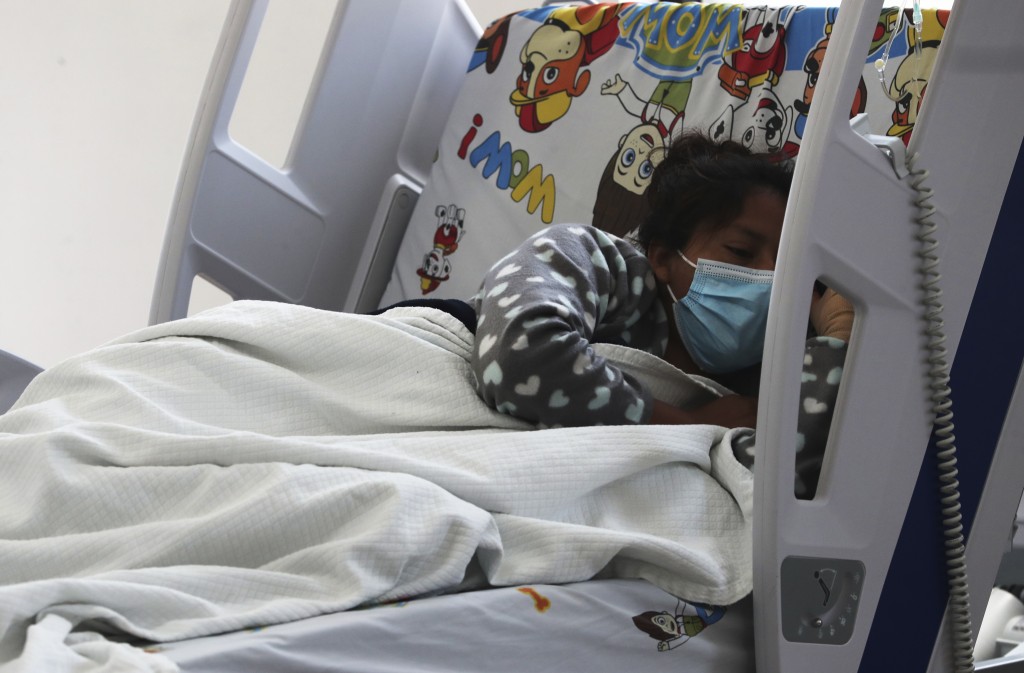 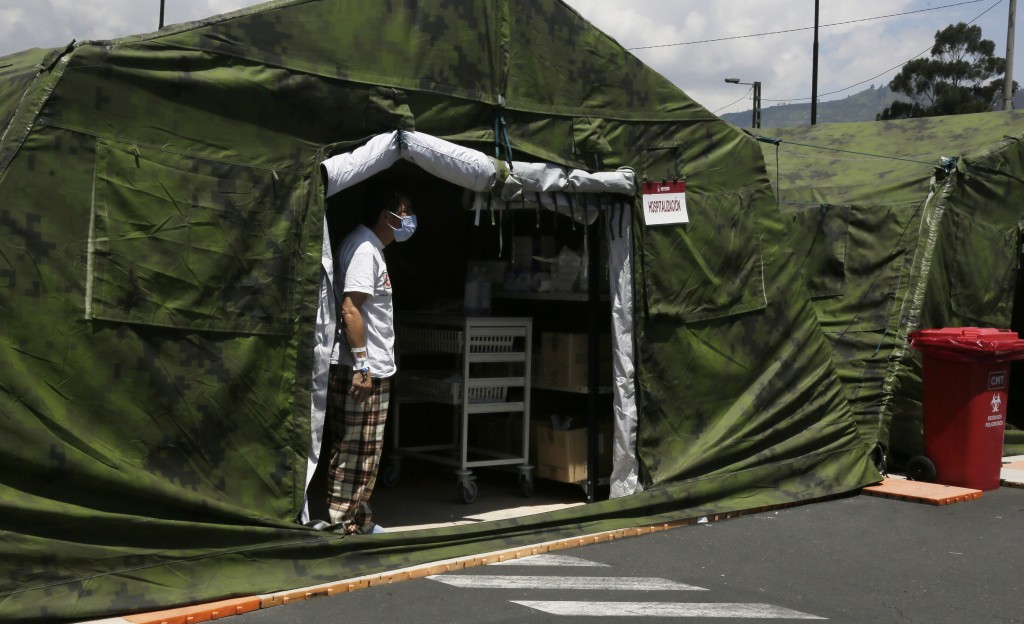 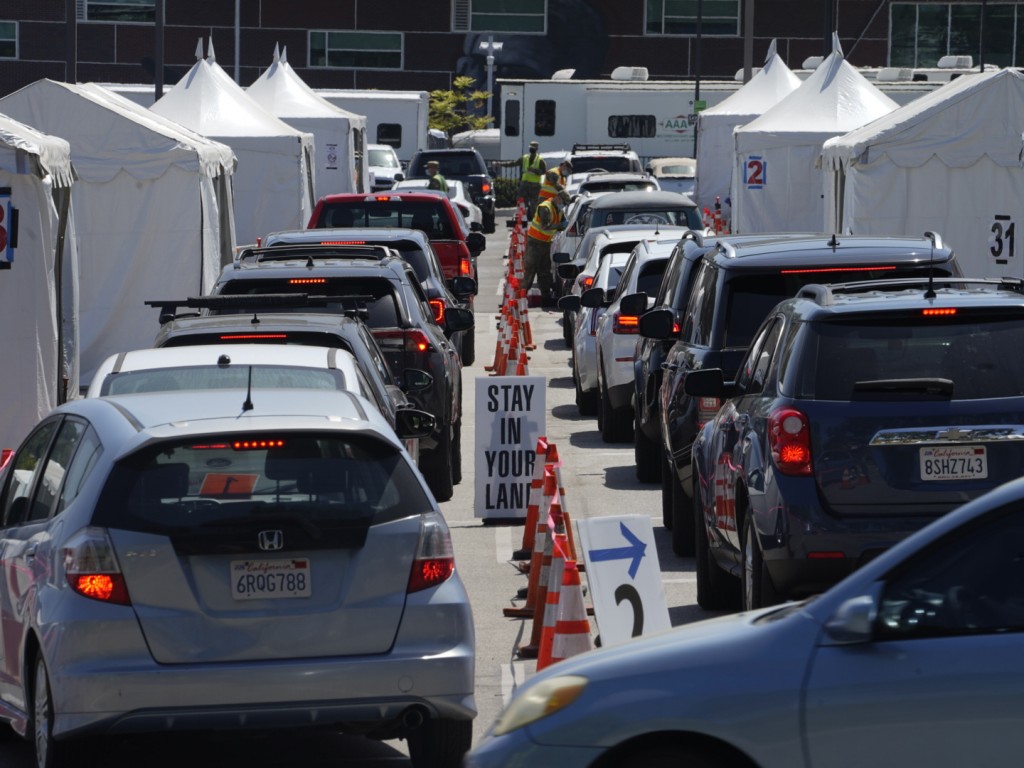 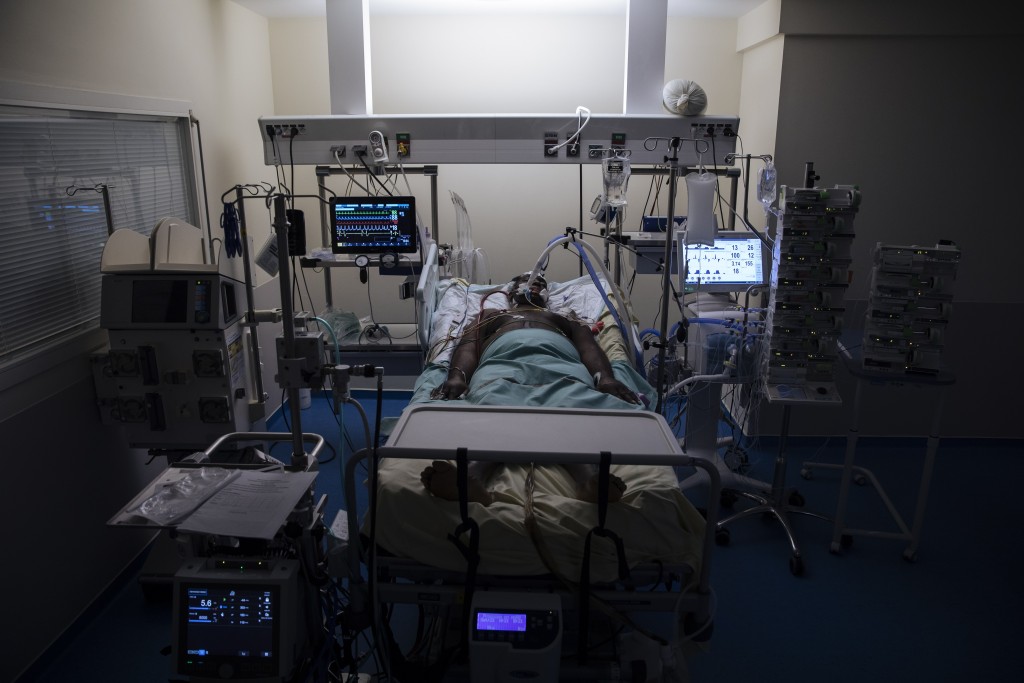 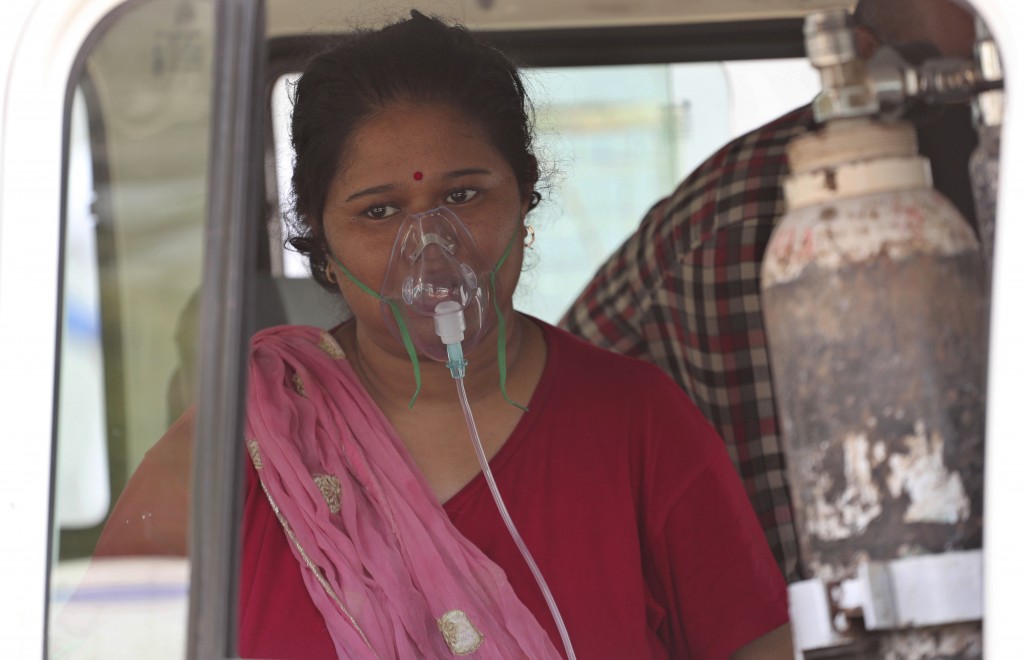 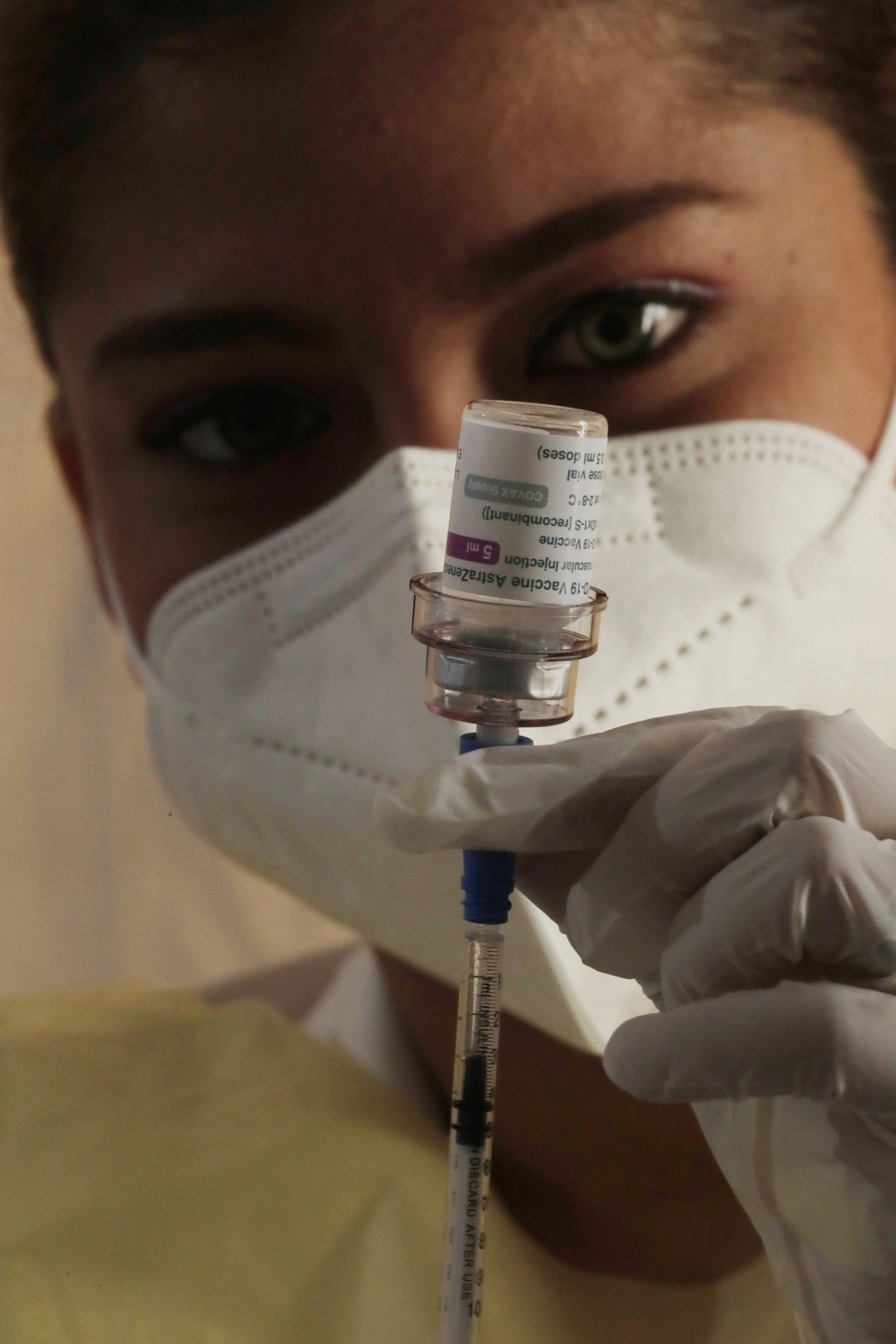 BEIJING — China says three of its citizens working in the United Arab Emirates have tampered with the results of their coronavirus tests required to return home.

A statement from the Chinese Embassy said the three, working in the main business center of Dubai, altered information provided by local clinics to show they had not been infected.

It said they were referred to UAE authorities for “seriously interfering with the prevention of epidemics and posing a significant risk to the health and safety of other passengers on the same flight.”

China has largely stamped out domestic infection but continues to report citizens arriving from abroad who test positive for the coronavirus. That comes despite demands that travelers prove they are virus-free, leading to speculation that test results are being falsified by citizens desperate to return home after more than a year of travel restrictions and demands they be quarantined for as many as 21 days.

China reported 19 new cases on Friday, all of them brought from overseas and most arriving in the major travel hubs of Shanghai and Guangdong.

— Drop in vaccine demand has some places turning down doses

— California has gone from worst to first in the rate of coronavirus infections. Data from Johns Hopkins University shows the state surpassed Hawaii on Thursday with the lowest average number of COVID-19 cases per capita.

— Dutch caretaker Prime Minister Mark Rutte has defended his decision to ease his country’s lockdown next week even after the Netherlands recorded 9,648 new coronavirus infections.

— Since the COVID-19 vaccines haven’t been around that long, it’s not yet known how long their protection lasts. Experts are still studying vaccinated people to determine if and when boosters might be needed.

LAS VEGAS — Topless dancers can shed coronavirus restrictions beginning next weekend in Las Vegas and get face-to-face with patrons again.

But masks still will be required for adult entertainment employees and recommended for customers under rules accepted Thursday by a state pandemic task force.

Sin City strip clubs that went dark when Gov. Steve Sisolak ordered casinos, clubs and nonessential businesses closed more than a year ago can reopen May 1 at 80% of under strict social distancing guidelines.

The rules will allow strip club entertainers to get closer than 3 feet to patrons if the entertainer has received at least a first dose of a coronavirus vaccine at least 14 days earlier or if the dancer tests negative in a weekly virus test.

The announcement by Texas quotes the FDA and CDC as saying the adult woman has “symptoms that appear to be consistent with those few other reported cases” of a rare blood clotting disorder developed after receiving the J&J vaccine. No other information is being released, because of patient privacy and confidentiality.

Federal and state agencies have paused the J&J vaccine rollout due to concerns about blood clots. Federal officials already were examining six reports of the unusual clots, including a death, out of more than 6.8 million Americans given the one-dose vaccination so far.

HARTFORD, Conn. — Connecticut Gov. Ned Lamont says the state is seeing a slowdown in demand for coronavirus vaccinations, prompting officials to look for new ways to encourage people to get the shots and move closer toward herd immunity in the state.

Among the ideas is reaching out to major state employers such as submarine-maker Electric Boat Shipyard to hold clinics for workers. Requests for vaccine doses are now being accommodated for individual work sites that can put together a critical mass of people.

About 60% of the adults in Connecticut have received at least one dose.

Lamont said Thursday that he would ultimately like at least 70% to be vaccinated in Connecticut, noting that 89% of residents age 65 and older have received at least one dose.

DENVER — Colorado Gov. Jared Polis says the state has administered first doses of coronavirus vaccines to at least half of the eligible population and now needs to target people who have been hesitant to get a shot or have just procrastinated.

He says the state will look to make vaccine access easy, convenient and quick. The governor says three of Colorado’s mass vaccination sites will start offering walk-in and drive-in vaccination in addition to the same-day vaccine appointments that are already available.

Polis says that “the number of people who don’t want the vaccine is small.”

TORONTO — Canada is banning all flights from India and Pakistan for 30 days due to the growing wave of COVID-19 cases in that region.

The announcement came Thursday, hours after India reported a global record of more than 314,000 new infections in the previous 24-hours.

Canada’s health minister says half the people who are testing positive for the coronavirus after arriving in Canada by airplane came from India. Flights from India account for about one fifth of the country’s air traffic.

There are than 1 million people who live in Canada who have Indian descent. There are 100,000 Canadians who have Pakistani ancestry.

JUNEAU, Alaska — Organizers say a four-day dance and cultural event billed as the largest gathering of Alaska Natives in the southeast region of the largest state will return next year as an in-person event after widespread immunizations.

The Sealaska Heritage Institute says the Celebration event celebrating Tlingit, Haida and Tsimshian cultures will be held in Juneau from June 8-11, 2022. It was held virtually in 2020, and another event planned for this past January was scrapped.

Institute president Rosita Worl says the cancellation was necessary “to protect our people” and officials look forward to celebrating in 2022.

Worl said in a Thursday statement: “We survived this pandemic. We are still here.”

The event first held in 1982 draws thousands of people to Alaska’s capital.

PARIS — France’s prime minister is offering some good news to a nation living under numerous pandemic restrictions, saying the country’s third wave appears to have crested and outdoor café terraces, some shops and sporting and cultural activities may be able to open around mid-May.

Jean Castex said at a news conference that there has been a “real lowering of the viral circulation” in recent days in 80 percent of French territory.

Cafes — a major part of social life in France — have been closed since the fall.

Castex says a nightly curfew from 7 p.m. will remain in place for now. But travel restrictions will be lifted May 3.

Education Minister Jean-Michel Blanquer says some schools will open as of Monday, with middle and high schoolers sticking with distance learning until they too go back to class May 3.

SALT LAKE CITY — Utah Gov. Spencer Cox says the state's vaccine supply is beginning to outpace demand in some counties, and he's urging everyone who may be hesitant to get their shots.

Cox said during his weekly coronavirus news conference that Utah has prioritized putting as many needles into arms as possible at mass vaccination sites and will start transitioning to focus on more regional and community-oriented sites.

Cox added that authorities are starting to move some doses to Salt Lake County, Utah's most populated, where demand remains high.

State epidemiologist Dr. Angela Dunn urged vaccine-reluctant people to speak with their doctor or pharmacist about the vaccine’s safety and efficacy.

She said it is “not totally unexpected” that demand for vaccines is softening, and “now we’re starting to work into those populations who might have some hesitancy or are just taking their time to get vaccinated.”