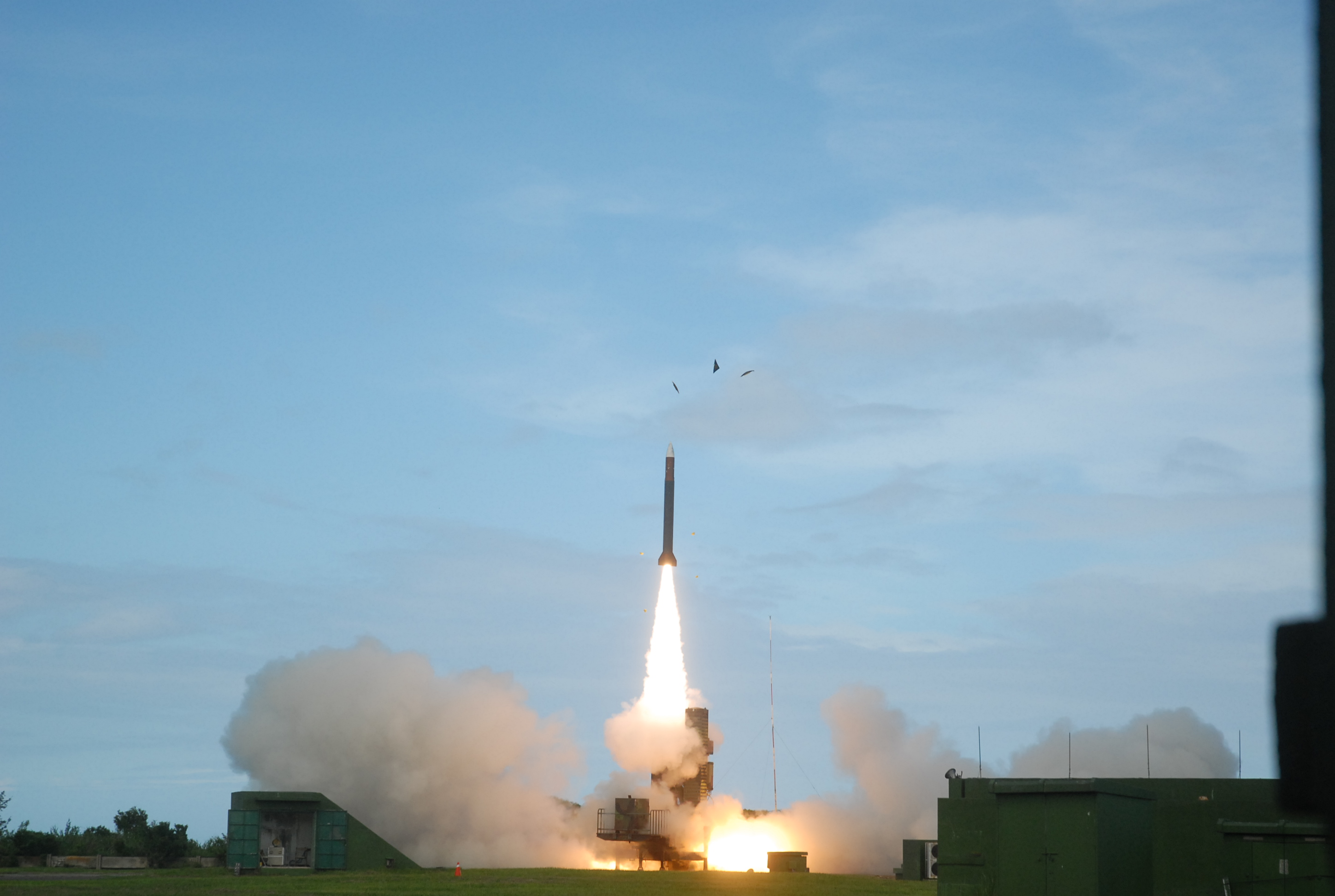 According to the Council of Agriculture’s Fisheries Agency, the NCSIST launched missiles from Jiupeng Air Force Base in Pingtung County and Jihui Fishing Port in Taitung County between 7:40 and 9:10 p.m. Thursday night. It is scheduled to conduct more tests during the same time frame on April 23 and 26.

An area ranging from Green Island to Orchid Island and extending to waters off Hualien County has been labeled a restricted zone, but a maximum altitude has not been set, CNA reported.

A retired NCSIST employee stated that Thursday’s test likely involved the Sky Bow III extended-range missile. The employee said that the extension increases the range of the missile from 45 to 70 kilometers, improving its ability to intercept incoming projectiles.

The Sky Bow III is a land-based surface-to-air weapon system designed to engage different threats, including aircraft, cruise missiles, anti-radiation missiles, and short-range tactical missiles, according to the institute.