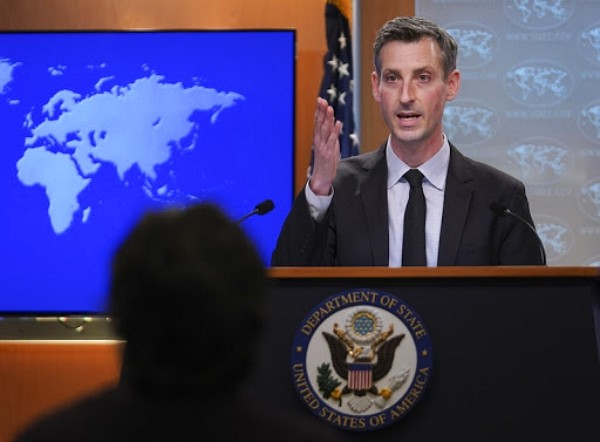 Asked if the State Department is already in talks with Taiwan about the missiles and whether the U.S. is willing to sell such weapons to the East Asian nation, the spokesperson responded that Washington’s commitment to Taipei is “rock solid.”

He pointed out that Taiwan “contributes to the maintenance of peace and security in the Taiwan Strait and within the region,” adding that “it has been longstanding U.S. policy and it is reflected in the Taiwan Relations Act that the United States maintains the capacity to resist any resort to force or other forms of coercion that would jeopardize the security, social, or economic system of the people on Taiwan.”

Price continued by saying that the U.S. would continue to collaborate with allies to foster "shared prosperity, security, and values in the Indo-Pacific,” including in the strait.

When the spokesperson was asked about the possibility of speeding up the delivery of arms already sold to Taiwan but not yet delivered, he replied, “I am not in a position to speak to the logistics of that or what might be required there.” He then stressed that the U.S. is continuing its dialogue with Taiwan on a range of issues, including security.

Li Shih-Chiang (李世強), director of the Ministry of National Defense’s (MND) Department of Strategic Planning, on April 19, said that Taiwan is still seeking to purchase AGM-158 Joint Air-to-Surface Standoff Missiles from the U.S. He revealed that only these missiles remain on Taiwan’s weapons wish list and that the government will continue its push to finalize the deal.

The AGM-158 missile is an air-to-ground missile with a range of more than 370 kilometers. It is designed to “destroy high-value, well-defended, fixed and relocatable targets,” according to manufacturer Lockheed Martin. 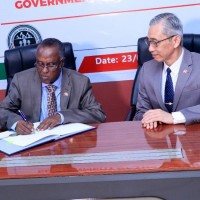