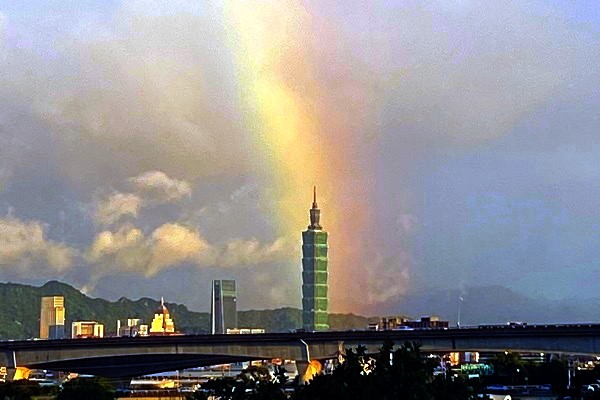 TAIPEI (Taiwan News) — An American radio host captured this photo of a rainbow landing on Taipei 101 on Wednesday (April 21).

The photographer, Andrew Ryan, has lived in Taiwan for over 20 years and works as one of the hosts of the Radio Taiwan International's show "Taiwan Insider." Ryan told Taiwan News that he was working in the station's office in Zhongshan District on Wednesday evening when he spotted the rainbow.

He immediately posted the photo on his Twitter page and the radio station's Facebook page, quickly gaining over 300 likes.