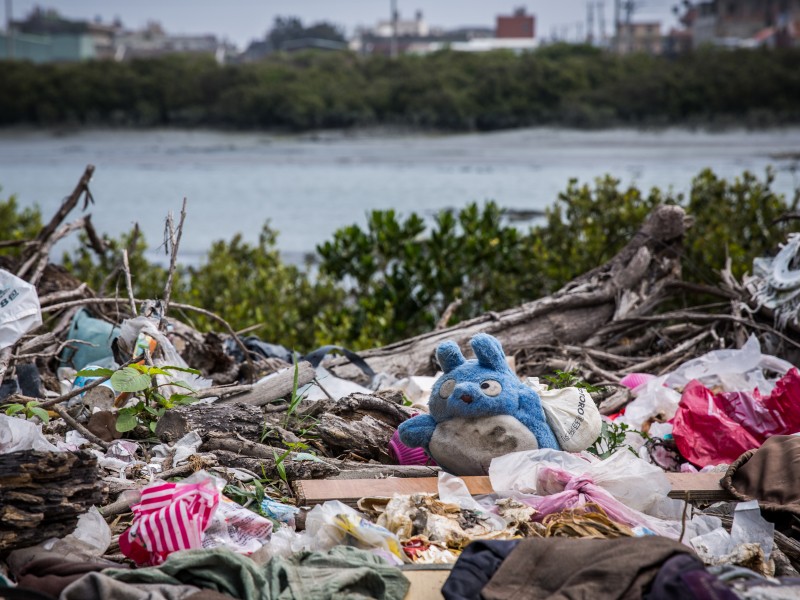 TAIPEI (Taiwan News) — Business Today Magazine revealed the areas most vulnerable to marine debris in Taiwan this Earth Day, and the country's southwestern coast remains the dirtiest, with the local environment swamped by industrial trash.

It is estimated plastic waste in the ocean will accumulate to over 600 million metric tons by 2040. With its territory surrounded by water, Taiwan pledged to address this devasting trend in 2019 with the "Salute to the Seas" policy, which will see over NT$6.5 trillion ($231.39 million) spent between 2020 and 2023 to curb marine debris.

However, one year after the budget was put in place, Business Today still found a whopping amount of trash around Taiwan's coastline during its field research, especially in the western counties of Changhua, Yunlin, and Chiayi, where 70 percent of marine litter comes from the waste of the aquaculture and fishing industry. At one riverhead in Shengang Township, Changhua, piles of household trash are dumped at an area reserved for fishermen to place shells from oyster farms. "The fact local residents care much more about convenience is the root cause of this," Chen Jin-lan (陳金蘭), the head of Waste Management Section in Changhua County's Environmental Protection Bureau argued.

The bureau's director, Chiang Pei-ken (江培根), also pointed out the low frequency of garbage collection in rural counties owing to the shortage of workers. This encourages illegal dumping from households, as garbage trucks only drop by three times per week. Besides the local garbage, the waste carried by ocean currents from neighboring countries is another source of trash on the country's foreshore, the stretch of waterline between the tides.

Beyond these incessant waves of trash, Changhua's northern coast also contains toxic residue dating back to the 80s and 90s. Chocolate ball-shaped objects mixed with pebbles can be found across the beach, the solidified toxic dust of metallurgic processes. These curiosities have a high density of heavy metals, such as zinc, lead, and cadmium.

These toxic substances, randomly discarded during a time when the nation lacked proper environmental regulations, are continuously washed into the ocean even today. With the aim of cleaning up the oceans in a sustainable way, Business Today launched its Project Blue — a plan to collect and transform marine debris into slippers through cooperation with environmental NGOs and companies over a three-year period.

One of the indispensable pillars of this project will be Ccilu, a company that released the first shoes made from plastic bottles collected on land in 2020. "We spent more than NT$10 million (US$355,888) within six months to develop these bottle-made shoes, and now we are going to make more out of marine debris," said Hsu Chia-ming (許佳鳴), CEO of Ccilu.